Handsome, with an unmistakable chin described as the most popular natural rift in America with the exception of the Grand Canyon (!); muscular, a man’s man; noble and iconic. Not a bad description for the son of a shmatta – seller from Belarus! I’m talking, of course, about Kirk Douglas, Izzy Demsky, born Issur Danilevitch – 103 years ago in 1916.

The storied life of Kirk Douglas has attracted a lot of interest and admiration. In Jewish circles he’s seen as a hero who reconnected to his Judaism and was a firm supporter of Israel. His story is worth reflecting on because of what it has to say about Jewish identity today as much as it has to comment on the nature of fame, fable and failure.

Kirk Douglas was a man of prodigious talent and energy, an actor of intelligence, charm and principle. He starred in great Hollywood epics like Spartacus about a slave-revolt and Lust for Life where he played the role of the tortured painter Vincent Van Gough. He also penned twelve books including two with Jewish themes for children. He received countless awards including an Academy Award for Lifetime Achievement and the Presidential Medal of Freedom.

His Jewish identity was critical to his very being, despite his adoption of the Waspy name Kirk Douglas. He recalls that “I was pretty good in cheder, so the Jews of our community thought they would do a wonderful thing and collect enough money to send to a yeshiva to become a rabbi. Holy Moses! That scared the hell out of me… (but) you don’t have to be a rabbi to be a Jew”.

He chose to go to St. Lawrence University instead on a wrestling scholarship and described himself as a non-practising Jew although he always fasted on Yom Kippur.

He strongly reconnected to his Jewishness after a near-fatal helicopter accident in 1991. While lying in hospital with excruciating pain he started pondering the meaning of his life saying: “I came to believe I was spared because I had never come to grips with what it means to be Jewish”. He then set off on a course of learning and having a second bar Mitzvah at the age of 83 telling the glittering Hollywood audience: “Today, I am a man”. He was embraced by Aish HaTorah and there’s a photo of him and Rabbi Noach Weinberg, the charismatic Rosh Yeshiva, dedicating the Kirk Douglas Theatre in Jerusalem. He was also a generous philanthropist giving huge amounts of tzedakah to Jewish and non-Jewish causes. Bibi Netanyahu lauded him; Steven Spielberg praised his singular honesty and “drive to be inimitable”.

What interests me is the inimitably Jewish character of Douglas. He possessed that restless energy and stubborn determination that is the best of Jewish manhood. He faced anti-Semitism from the time he was a boy, and again in St Lawrence College where at first he was rejected from college fraternities because he was Jewish (he later became, as you do, the first Jewish Student Body President). He recognised the importance of the State of Israel writing to President Jimmy Carter: “Israel is the only successful democracy in the Middle East… If Israel loses one war they lose Israel”. The Juggler (1953) was one of the first Hollywood feature movies to be filmed in the then young country. He recalled that while there he saw “extreme poverty and food being rationed… but wonderful, finally, to be in the majority”.

One of the movies that shaped my youth and Jewishness was Cast a Giant Shadow (1966) also filmed in Israel. In it Kirk played a Jewish-American war hero recruited by the new state to establish its army just before the War of Independence. This movie, like Exodus, tempered my Zionism and pride in being a Jew. Talking about these movies and the later Remembrance of Love, Kirk reflected they were about “a Jew who doesn’t think of himself as one, and eventually finds his Jewishness”.

And it’s Kirk Douglas as a restless seeker for the core of his identity that makes his story so important and relevant to the young Jews of today.

Judaism isn’t an easy road of conformity and acceptance. It’s about the struggle with your God, your tradition and yourself. It’s about finding your unique, inimitable place in a world that is indifferent and often downright hostile to your Jewishness. It’s about being principled, as Douglas was, famously defying the threats of the McCarthy era insisting that blacklisted writer Dalton Trumbo be credited on-screen. It’s about owning your Jewish heritage or as Douglas wrote to his young readers: “All religion should try make you a better and a more caring person… I’m proud to be Jew”.

But it’s also about recognising imperfection. Kirk Douglas was no angel. In his early life he was known for his egocentricity even in a place where oversized egos were common. He also was known for bedding an endless string of women. There is an unsubstantiated rumour about an incident with a young Natalie Woods which I would like to believe is more about the vituperative atmosphere of Hollywood than factual. Despite the wildness of his younger years, Douglas matured into a man of steely integrity and reliability.

Douglas’s long life is also about commitment to family. In Michael Douglas’s moving tribute to his father he said: “To the world he was a legend… To me and my brothers he was simply Dad… a wonderful father-in-law… a loving grandfather, and to his wife Anne, a wonderful husband… As I told him on his last birthday: Dad I love you so much and I am so proud to be your son”. Michael is not Halachikally Jewish, but strongly identifies with the Jewish values of his father. He was awarded the Genesis Prize, an award given to individuals who have impacted on Jews and the Jewish world. Anne, Douglas’s second wife chose to convert to Judaism in her old age – they were married in 1954.

In addition to Cast a Giant Shadow, Spartacus made an indelible impression on my young soul. It’s a historical drama set in Rome in the first century based on the life story of Spartacus the leader of a slave revolt; Kirk Douglas plays Spartacus. It’s a movie about principle and leadership, it’s about the ignominy of slavery, defiance against tyranny, the price of freedom. The movie is inspiring in its belief in the power of change and the power of one individual to effect change. It’s an apt tribute to Kirk Douglas himself, to the man who cast his own giant shadow. Its message is as compelling today as it was in 1960. And it’s so resonant as we currently read our Parasha and travel through the Book of Exodus… 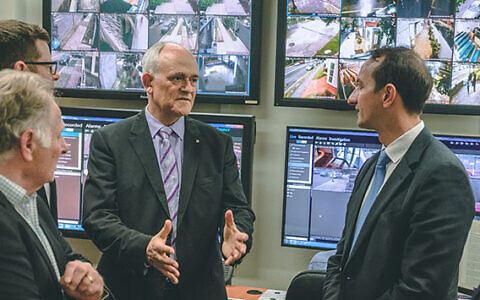 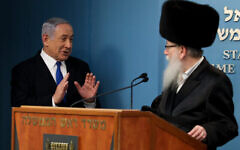 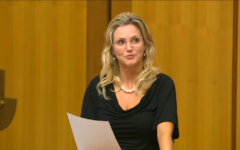 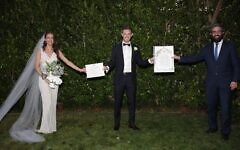 ‘No shortage of love and ruach’
Rebecca Davis 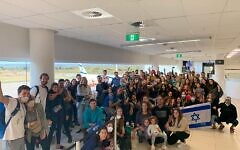 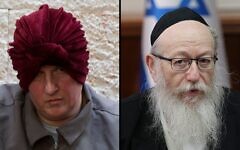