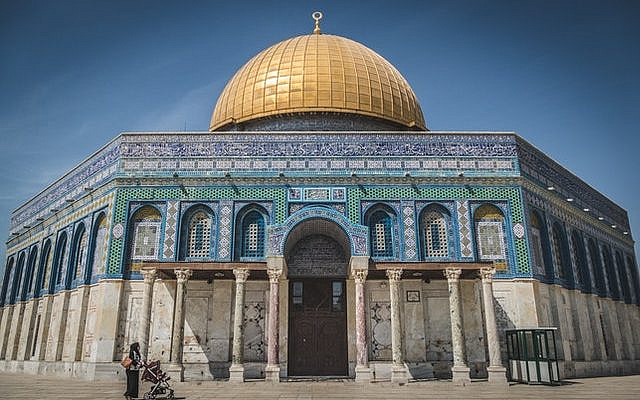 Who was here first? (Free to Use Photo by Mauricio Artieda from Pexels)

The United Nations General Assembly has, yet again, passed a resolution stating that the most holy site in Judaism, the Temple Mount, is solely a Muslim site called al-Haram al-Sharif.

Many of those voting for this absurd resolution may not know better. Their countries are new on the world stage and their representatives are untrained and, in many cases, uneducated. Their knowledge of history leaves much to be desired.

But a surprising vote in favour came from the so-called Britons currently occupying Roman territory. As the world knows, Londinium, also known as Roman London, was the capital of Roman Britain. It is time that these foreign usurpers handed back Londinium to its rightful owners, the people of Rome.

Let the United Nations show that it is unbiased and worthy of its founding principles. Let the nations of the world pass a resolution calling for the immediate restoration of Londinium to its former glory as Rome’s outpost among the savage natives, who used to dress in nothing but blue paint.

Paris is the next city to be returned to its owners. Paris is a new city, founded just 1,200 years ago, some 5,000 years after David built the city that would become Jerusalem.

Paris was built by the Gauls around the end of the 3rd century BCE. In 52 BCE the Romans turned up under Julius Caesar. Building on the ruins, he created the Roman city, Lutetia.

Another new city is Berlin. The name Berlin appears for the first time in recorded history in 1244. That makes it just a mere 783 years old. After starting two devastating world wars, we would all be better off if it had never appeared at all.

Rome does a little better. According to tradition, on April 21, 753 BCE, the twins Romulus and Remus, started the city of Rome. Luckily for Italy, Romulus then killed Remus and named the city after himself. Otherwise, their capital might be Reme. However, according to archaeological evidence, humans occupied the area we know today as Rome some 14,000 years ago. The United Nations should take urgent steps to find the original owners, or their descendants, and remove the current occupiers.

The Netherlands, never at a loss when telling other countries what to do, also voted in favour of the resolution. Its capital, Amsterdam, was founded as a fishing village around the thirteenth century. We first see its name in the toll concession of one Floris V, Count of Holland, dated October 27, 1275. While they might be entitled to Amsterdam, the Dutch spent a lot of time and effort stealing other people’s countries. From America to Asia and Africa to South America they grabbed what they could. They occupied many African countries including Ivory Coast, Ghana, South Africa, Angola, Namibia, and Senegal. Lots of work here for the United Nations.

Our thanks to the countries who opposed the measure: Australia, Canada, Guatemala, Hungary, Liberia, Marshall Islands, Nauru, Papua New Guinea and the United States. I have a suggestion for the 147 countries who voted in favour of this resolution, but I doubt the Times of Israel will print it.