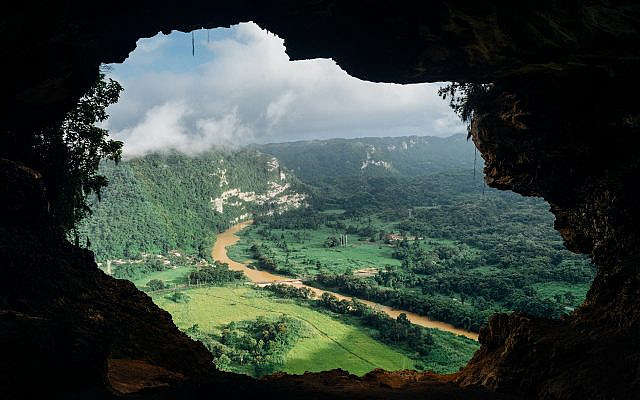 Image by Free-Photos from Pixabay

We were halfway through our shalach manot run when we stopped for coffee.

“It’s hard for me to care or to relate,” I told my husband. We held small mugs in our hands, and there were students around us, typing away on phones and laptops. We already knew that it was likely to be our last outing for a while: there was talk of closing the schools, and friends in New York were quarantined at home. Our Boston shul was still operating — we had celebrated with our community the previous evening — but no one knew if we would gather again for services anytime soon.

“Why discuss bringing things in and taking things out at such length? And in such detail?”

Back in those days, I was still reading one page of the Talmud a day, and I had a hard time pushing myself through the opening pages of Masechet Shabbat, where the sages drone on about carrying things from one reshut (a legally defined space, either one’s private domain or one of several categories of shared domains) to another on Shabbat, and when it is or isn’t permissible, and under what conditions, and so forth.

“Why does it even count as a melacha (an activity that is prohibited on Shabbat, usually a creative activity),” I asked my husband. “It’s not like you’re creating something when you carry it. What’s the big deal?”

I don’t remember what my husband said, or what I answered. But I remember the pleasant bitterness of the coffee, the foam on my tongue, the buzz of murmured conversations all around us. I remember how close we sat to other people. We knew that our life was about to be upended. We even made plans, in between talmudic discussions and going over our shalach manot delivery checklist, for a shopping trip “just in case.” But sitting there, coffee mugs in hand, it was hard to grasp the enormity of what lay before us. We looked around us, and our pleasure had a bitter edge to it. It tasted of the loss that was to come.

In the following days, I kept thinking back to those stolen moments in the coffee shop. It was nice to recall them and their taste of leisure. It gave me something to hold on to, as we frantically scrambled to fit our life into smaller spaces and tighter schedules, juggling our children’s schooling, our toddler’s needs, and our own work. I had no time, in that new reality, to keep up with the daily pages of the Talmud. Ironically, this newly Talmud-less life taught me what all those long discussions in Masechet Shabbat failed to impress upon me. Every moment that I dedicated to covering my face before walking out, and every moment that I spent spraying my groceries with “409” disinfectant and scrubbing them taught me that taking things in and out of our home is, in fact, a big deal.

There is an invisible line around our inside spaces. We may not see it, but it’s there. And when we cross it, we assume a new set of problems, risks, and probabilities. And our feelings and behavior change as well.

We may not create anything new when we carry ourselves and our things across our thresholds. We may not weave a fabric, sow a field, or cook a meal.

But in a way, we recreate ourselves.

At first, I only thought of this invisible line in terms of danger. Outside was death, inside was life. I recalled how Rabbi Shimon Bar Yochai spent 12 years in a cave, hiding from the Roman officials who had resolved to kill him. I thought of the carob tree God made for him, according to the story in the Babylonian Talmud (Masechet Shabbat, 33b). I wished we had a carob tree like that, a way to eliminate the need to cross the line and risk the world outdoors.

But as time passed, I realized that carob tree or not, I had a lot in common with Rabbi Shimon’s experience. Even though Rabbi Shimon went into the cave in search of refuge, once he was there he was able to create a utopia of sorts. Of all the sages, Rabbi Shimon was most vocal in claiming that the study of Torah — and only the study of Torah — is of value. Freed from his dependence on other people and the economy of the outside world, Rabbi Shimon was able to dedicate himself to what he cherished most. Isolated in his cave with only his son for company, he could finally study Torah to the exclusion of almost everything else.

Likewise, my time in my “cave” may have originated in the need for safety, but it had evolved into an exploration of the person I most want to be. With each new day, our family worked to manage our time and space with more purpose and efficiency. We got rid of bad habits and got better at prioritizing. We learned how to focus on what we most want to achieve. Our limited time and space forced us to live more economically and intentionally, and thus express more fully our deepest values and beliefs.

As I contemplate the days before us, and the eventual need to leave these “cave days” well behind, I feel fearful. Sure, I miss our friends and loved ones. Sure, I miss the leisure we once had, the time to sit in coffee shops, or learn the Talmud, or just be. But at the same time, I am scared that in the larger and more forgiving spaces out there, I’ll lose this leaner, cleaner version of myself.

Rabbi Shimon, too, experienced difficulties when the time came to leave his cave behind him. When he saw people plowing and sowing their fields instead of learning Torah, he was disgusted. “These people abandon eternal life and engage in temporal life,” he exclaimed, and burnt them with his gaze. After the purity of his experience in the cave, he lost his ability to live in peace with other people. He couldn’t stand the need to share the world with those whose perspectives he rejected out of hand.

In recent days, as my news feed exploded with pro and con lockdown arguments, I started worrying that we, too, may have lost some of our ability to share the world between us. We can’t reduce each other to mere ashes; but we reduce each other’s points of view into nonsense in our eyes.

In Rabbi Shimon’s story, God himself intervenes to correct Rabbi Shimon’s behavior. “Did you emerge to destroy My world,” a divine voice exclaimed. “Return to your cave!”

My world, Your cave. Contrary to what countless ascetics and spiritual gurus taught for millennia — namely, that the outside world is a distraction, while the inner world is the arena for our relationship with what lies beyond — it is the messy outside world that God claims for His own in Rabbi Shimon’s story. The cave may have been a private utopia. But God calls only what lies outside it “Mine.”

Why is the outside world preferable to the haven of the cave? Perhaps the answer lies in what Rabbi Shimon does during his second attempt to leave the cave behind him. When he sees a man carrying two bunches of myrtles close to Shabbat, he does not jump to conclusions. He does not assume that he knows why the man is carrying the myrtles. And he does not burn the man with his gaze. Instead, he asks the man to explain his own actions, thus allowing the man to surprise him with his answer — and, more importantly, allowing himself to be surprised.

Within the cave there are no disagreements. And without disagreements, one’s opinion can never be challenged, and one can never be forced to reconsider, to think again, to keep his or her engagement with reality alive. Within the cave, we can perfect ourselves by our own standards. But we are never challenged to rethink those standards. We are never challenged to look beyond our own internal status quo.

The man with the myrtles did not live by Rabbi Shimon’s standards: he did not dedicate all his time to the study of Torah. But his actions were rooted in his love for Torah, nonetheless. He carried two myrtles as a reminder that in the Torah, we were commanded to both “keep” and “remember” the Sabbath. By asking a question, Rabbi Shimon opened a conversation that allowed him to see the value in this man’s actions, despite their different perspectives and their different lives.

As I worry about the day when I’ll have to leave my own cave behind, Rabbi Shimon’s story gives me comfort. It reminds me that, while the cave is a good learning experience, the real drama of growth and transcendence happens “out there” – in the shared spaces where we clash, and disagree, and learn to live together. It’s there that our priorities can be tested by points of view that lie outside us. And it’s there that what I gained so far can change and grow and become more.

The road to those spaces will not be simple or easy. It will be hard to let go of the cave’s odd new clarity, and it will be hard to pave this road together when our perspectives don’t align. I hope that in the coming days, and as our arguments intensify, I’ll be able to apply the lesson Rabbi Shimon had to learn. I hope that I remember to pause, and ask, and allow myself to learn from other people’s vastly different opinions. And I hope that by doing so, we can build a shared space that God Himself won’t hesitate to call His own.