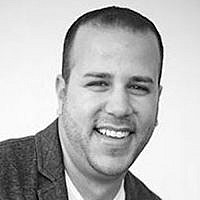 The Blogs
Baruch Labunski
Apply for a Blog
Please note that the posts on The Blogs are contributed by third parties. The opinions, facts and any media content in them are presented solely by the authors, and neither The Times of Israel nor its partners assume any responsibility for them. Please contact us in case of abuse. In case of abuse,
Report this post.

Life in 2020 looks different than in years past. COVID-19 has radically altered our lives, both on ordinary days and on special occasions as well.  For a perfect example, consider Yom Ha’atzmaut, Israel’s Independence Day. Previous years saw country and city-wide celebrations, with Israeli citizens gathering for big community fireworks displays, barbecues with friends and family, and the annual cross-country flyover performed by the Israeli Air Force.

The scene in Israel was a dramatic contrast this year. Rather than flying over the entire country, four Air Force planes circled over the country’s hospitals in a show of appreciation for the vital work performed by medical personnel.  For video of one of the flyovers and photos of Independence Day across Israel, see the Times of Israel article here.  While there were fireworks displays, the streets of towns across the country were eerily empty. Rather than joining friends for big barbecues, Israelis grilled alone on their balconies.

Though celebrations in Israel may have been lonelier affairs in 2020, the mood was still jubilant.  For example, a widely-circulated video shows residents of Jerusalem, including mayor Moshe Lion, celebrating on balconies and rooftops. Jerusalem residents waved flags and danced, showing their patriotism is stronger than any virus.

Independence Day always follows a much more somber holiday, Yom Hazikaron, Memorial Day, when Israel remembers its fallen soldiers. The transition from Memorial Day to Independence Day is traditionally marked by a torch lighting at Jerusalem’s Mount Herzl, a ceremony typically attended by throngs of Israelis. This year, the ceremony was prerecorded and televised, and the Prime Minister’s message focused on unity, even in difficult times like the pandemic.

Israel’s Independence Day is also celebrated all the world over, by Jews who commemorate Israel’s establishment as a country. Rather than big, public gatherings, though, many Jews chose more modest celebrations this year. Articles published ahead of Independence Day encouraged Jews to find ways to celebrate while still observing social distancing requirements. From baking Israeli flag sugar cookies to posting reflections on the significance of Israel on social media, Jews found ways to connect from a distance.

The Jewish Federations of North America linked to a star-studded online celebration that streamed live on April 29 from 2-3pm ET. To watch the video on Facebook or YouTube, see here.  The celebration featured singer Matisyahu, actor Joshua Malina, as well as Israeli and Jewish Diaspora musicians. A panel of world-renown chefs even debated whether falafel is the “quintessential Israeli food.” Visitors to the Jewish Federations’ website were encouraged to share their enthusiasm via social media, with a variety of hashtags, like #JewishTogether, #Israel72, and #IsraelToMe.

Likewise, The Jewish News of Northern California curated a list of online events to celebrate Independence Day, including a Zoom meet-up for children to sing, hear stories, enjoy a puppet show, and even participate in a “’stuffy parade’ in honor of Israel’s independence.”

How do you know a holiday is a real holiday? You check out the Google Doodle, of course!  Yes, the April 29, 2020 Google home page saw a blue and white Israeli flag for users in Israel.

But remembrances and celebrations during a crisis encourage reflection on the role and meaning of holidays during difficult times.  Shmuel Rosner, senior political editor for the Jewish Journal, published a commentary on just this topic.  Rosner notes that Pesach celebrations were also disrupted by Covid-19, forcing many Jews to share dinners with immediate family, rather than the typical large groups.  Rosner writes, “Yom HaAtzmaut is a different story. It is a celebration of a nation, not a family. It is a celebration made for city squares and amphitheaters, for parties and shows, for fireworks and beer. We mourn together — we dance together.”

The circumstances of 2020 force us to think about what it means to celebrate together when we must stay apart.  Rosner suggests that the pandemic encourages contemplation of the very nature of countries and connections. While we may have to celebrate in our own homes, rather than with our entire community, he concludes, “Independence Day under the COVID-19 threat is a reminder that no person is an island.”

The juxtaposition of Memorial Day and Independence Day reminds us that countries are rarely born without struggle.  Though 2020’s Yom Ha’atzmaut observances may have looked radically different than in years past, the celebration of the creation of the country of Israel will endure, even in difficult and uncertain times.

About the Author
Baruch Labunski is an entrepreneur, internet marketing expert and author from Toronto, Canada. He currently serves as CEO of Rank Secure, an award-winning web-design and internet marketing firm.
Related Topics
Related Posts
Comments