Back in April 2016, the Wall Street Journal published an interesting article entitled “CERN Is Seeking Secrets of the Universe, or Maybe Opening the Portal of Hell”, regarding the Large Hadron Collider (LHC), a 17-mile subterranean loop beneath the France-Switzerland border near Geneva that smashes particles at nearly the speed of light. 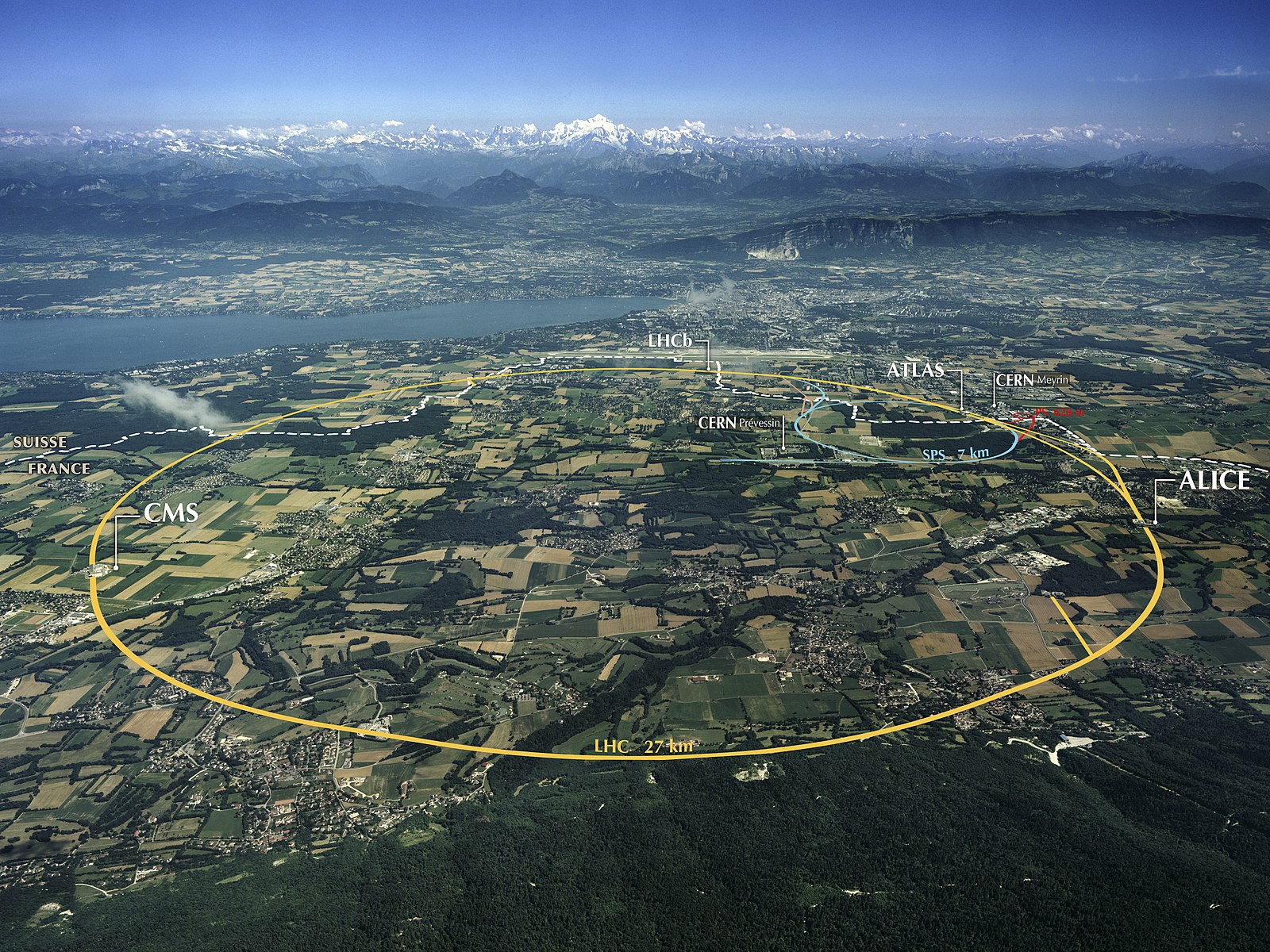 CERN is “The European Organization for Nuclear Research” that operates the world’s largest particle physics lab, and the LHC is an “atom smasher” to generate antimatter which is invisible.  However, in 2012 CERN scientists were able to trap antimatter and observed the Higgs boson or “god particle”, which they believe would unlock the secrets of how the universe was created, and support the Big Bang theory of how an invisible, universe-wide field gave mass to all matter right after the Big Bang.

Now CERN is proposing to build an even bigger €21-billion supercollider in search of the god particle.  However, some scientists have been cautioning against this move, fearing it would open up a black hole or a parallel universe.

Much of this controversy was generated by an incident in 2016.  On June 16, 2016, CERN began the AWAKE (Advanced WAKEfield Experiment) project to accelerate charged particles, and coincidentally 10 days later photographer Christophe Suarez put online a series of photos of the skies above CERN.

The photos showed a strange cloud formation and electrical activities above the CERN complex, and this stirred a bit of media frenzy about “portals” in the sky, in light of the fact that LHC has detected mini black holes while smashing the particles, which could indicate parallel universes in extra dimensions.

In fact in 2014, renowned scientist Stephen Hawking issued a stern warning in his book Starmus that the god particle may end up destroying the universe, a concern shared by many other physicists.  The main worry is the creation of these microscopic black holes that would grow and eventually decay the earth from the inside.

Although CERN scientists try to reassure that these black holes would not destroy the universe, British astronomer Sir Martin Rees agrees with Hawking this may open a Pandora’s box and unleash high-energy “strange matters” that are very unstable and cause a “catastrophic vacuum decay” that would lead time and space to collapse.

In the meantime, while scientists are concerned with black holes and decay of the universe, others from a religious standpoint are wary of CERN’s efforts to investigate extra dimensions and parallel universe through the LHC.  Here, science meets religion in the search for the “god particle”.

The religious community is generally suspicious of CERN activities, and question what does the statue of the Hindu god Lord Shiva (“god of Destruction”) that is prominently displayed outside of the LHC has to do with science.  Also, they note how CERN is located in a place that was once called “Appolliacum” (“Apollyon” in Greek means “destruction”) in Roman times where they believed was a gateway to the underworld.

Given scientists refer to black holes as “bottomless pits” of gravity, and coupled with discussion of opening a doorway into another dimension, many point to warnings in the Book of Revelation: “And the fifth angel sounded, and I saw a star fall from heaven unto the earth: and to him was given the key of the bottomless pit. And he opened the bottomless pit…And there came out of the smoke locusts upon the earth…”(Revelation 9:1-3).

Here, Saint John refers to a time when Satan is given the key to the “bottomless pit” to release a horde of demonic beings resembling locusts upon the world, and some wonder if this Biblical event is connected to the CERN experiments.

It is too early to tell, but now China is also joining the quest and building its own particle smasher five times more powerful than CERN’s LHC.  And as Europe and China both race in search of the god particle, it may not be long before the world finds out who is at the end of that quest—the creator, or the destroyer of the universe.