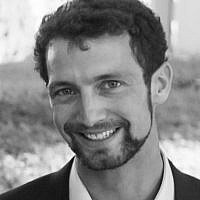 The Blogs
Avi Deutsch
Apply for a Blog
Please note that the posts on The Blogs are contributed by third parties. The opinions, facts and any media content in them are presented solely by the authors, and neither The Times of Israel nor its partners assume any responsibility for them. Please contact us in case of abuse. In case of abuse,
Report this post.

The Max M. & Marjorie S. Fisher Foundation is reimagining the role of philanthropic foundations, and people are starting to notice.

“Foundations can be so much more than private investment houses that give away 5% of their assets each year. We have the opportunity to put a larger portion of our assets to work for impact.” says Phillip Fisher, the Fisher Foundation’s Vice Chair. “There is a deep connection with tzedakah here. If philanthropy is truly justice work (the direct translation of tzedakah), then we need to use all the tools we can to repair the world (tikkun olam). I’m passionate about using both for-profit and for-impact strategies to accelerate positive community change”. 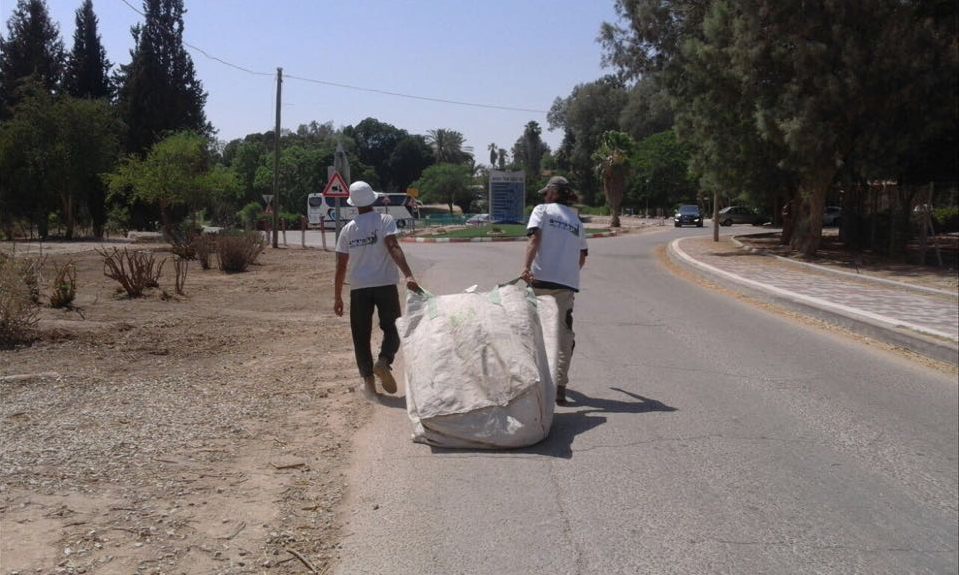 Youth workers aged 16-18 are employed by Derech Hayadaim (“By the Hands”), a landscaping company and Dualis investment.

“We truly felt we had to act our way into this new way of thinking, instead of trying to think our way into it. Starting with a very modest 1.8% carve-out seemed like a reasonable way to jump in and for us to learn together,” says Doug Bitonti Stewart, the Fisher Foundation’s Executive Director. Although other foundations expressed some interest in learning more about the effort, no other foundation joined the initiative.

The Fisher Foundation’s inspiration came from another leader in this movement, and one of the first private foundations to go ‘all in’ and pledge 100% mission-asset alignment, F.B. Heron Foundation. (For educational purposes, their entire portfolio is available on their website.) The idea that a foundation could use its entire portfolio to pursue its mission, in addition to the 5% distributed annually through grants, resonated deeply with Phillip Fisher.

Not deterred by other foundations’ reluctance, the Fisher Foundation proceeded with their own commitment to align 1.8% of their total assets, or $4.2 million, with their mission, using two strategies. The first, Program Related Investments (PRIs), are made from the foundation’s program budget, which is traditionally allocated to grants.

The second strategy, known as Mission Related Investments (MRIs), involves investments made from a foundation’s endowment, the 95% of assets not distributed annually. While PRIs are usually expected to achieve below risk-adjusted market-rate returns, MRIs must be expected to perform on par, or only slightly below, traditional investments in order to meet fiduciary standards.

Employing a combination of these strategies, the Fisher Foundation began successfully deploying capital to further the Foundation’s work in Detroit and the global Jewish community. Investments spanned loans to Hebrew Free Loan, and investments into variety of Detroit focused impact funds, including the Michigan Good Food Fund in partnership with W.K. Kellogg Foundation (see the full list of the Foundation’s impact investments).

By 2015, with a number of successful investments under their belt, the Foundation was ready to increase the percentage of assets allocated to mission investing. The new target was set at 3.6% of the Foundation’s assets, or $10 million. However, one important goal remained unachieved – making an impact investment in Israel.

The Fisher Foundation has long had a commitment to at-risk youth in Israel. So when in 2014 they met Allan Barkat, the Founder and Chairman of Dualis, an Israeli impact fund investing in social enterprises, (many of which employ at-risk youth in the service industry) an impact investment into Dualis seemed like a natural partnership. There was only one problem – no one they spoke to had ever made a PRI from the US into Israel.

Thus began a series of conversations with potential intermediaries and advisors, including donor-advised fund managers, private equity firms, Jewish philanthropic organizations, and philanthropy advisors. After two years of conversations, it turned out that the easiest way for the Foundation to make an impact investment into Dualis was by doing just that – writing a check directly to the fund using an expenditure responsibility agreement– a legal tool that allows foundations to make program investments into mission aligned organizations internationally.

While progress on impact investing has been modest (more on that here), the past several years have seen a steady growth in both interest and actual investments made by Jewish funders. Increasingly, these are not limited to Israel. For example, Simone Friedman, from Emanuel J. Friedman (EJF) Philanthropies, is promoting better treatment for animals within the kosher meat industry by providing loans to kosher meat companies to help build supply chains for humanely raised beef.

The increasing demand for impact investments has not gone unnoticed. For the first time, this year the annual Jewish Funders Network (JFN) Conference — the largest annual convening of Jewish funders and philanthropists — featured an impact investing track developed in partnership with LAVAN.

Despite the slow start, impact investing is definitely showing signs of catching on in the Jewish world. “Mission-aligned investing is going to be an increasingly important tool for our shared work with partners; both for-profit and for impact”, says Bitonti Stewart, “progress is inevitable, and it’s just a question of what leadership role Jewish foundations want to play in this exciting evolution.”

About the Author
Avi Deutsch is the Co-Founder and CEO of LAVAN, a not-for-profit organization advancing the ecosystem of impact investing with Jewish values.
Related Topics
Related Posts
Comments