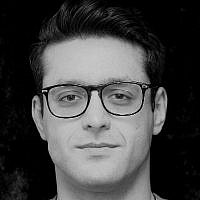 The Blogs
Jamie Michaels
Apply for a Blog
Please note that the posts on The Blogs are contributed by third parties. The opinions, facts and any media content in them are presented solely by the authors, and neither The Times of Israel nor its partners assume any responsibility for them. Please contact us in case of abuse. In case of abuse,
Report this post. 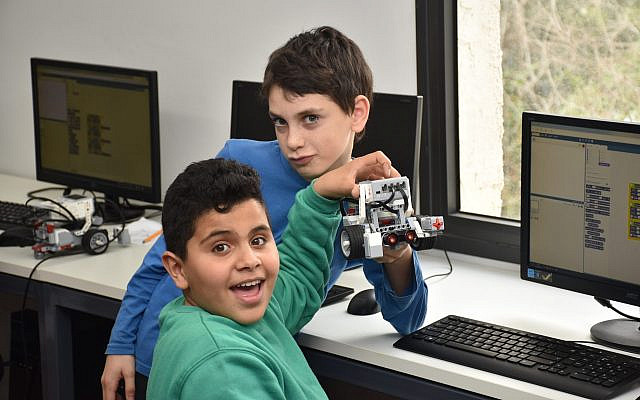 The current discourse on Israel-Palestine is killing our ability to think. The pattern is a depressingly familiar one. Tensions escalate. Hamas rockets rain down on Israel and Israeli airstrikes pummel Gaza. While civilians on both sides race for cover, pundits and commentators race for Twitter. Social media quickly fills with incitement, half-truths, and miscaptioned photographs (Instagram isn’t known for printing retractions). Opinion pieces appear in their respective echo chambers. Supposed ‘advocates’ cling to talking points like a drowning man to a lifeline. Divides deepen, contributing to a rise of anti-Semitism and Islamophobia around the globe but doing little to change the lives of everyday Israelis and Palestinians. Eventually, a shaky ceasefire is declared, and the media cycle churns relentlessly onwards. This pattern is creating a deep sense of resentment that is compromising our ability to view Israelis and Palestinians as human beings simultaneously.

The media has an obligation to cover more than the flashpoints in the region. There are radical calls for centrism between the river and the sea that defy both incitement and talking points. Anyone calling themselves an ‘advocate’ for Israel or Palestine should devote narrative space outside of their tired, rehearsed rhetoric to champion grassroots initiatives bringing Arabs and Jews together. These programs may lack the sensational imagery that has become the common currency of social media—but make no mistake, they are sensational.

Education in Israel is starkly divided. Jewish and Arab youth are taught in separate educational systems. Some will graduate from a university or college without ever having had a meaningful interaction with the country’s other major national group. This isolated approach is destroying the abilities of Israelis and Palestinians to know each other. In the words of Samah Salaimie, “Palestinians and Israelis are existing together. They’re not living together.”

Salaimie is a social worker, feminist and mother who has been living in Neve Shalom/ Wahat al-Salam—a joint Jewish Arab village—for over twenty years. She’s the spokesperson for a non-profit that brings Arabs and Jews together to learn. For her, the absence of such opportunities is “a crime against the next generation.” 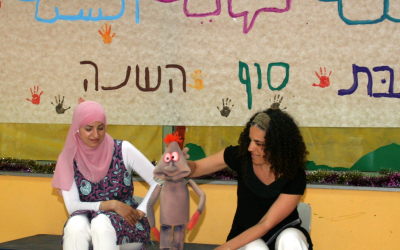 Neve Shalom/ Wahat al-Salam’s elementary school is co-taught by Jewish and Arab educators who ensure students are exposed to both peoples’ narratives, “you have to learn the history from different angles.” Salaimie acknowledges “this is not easy, but I think we don’t have any alternative.” Parents in the surrounding communities are beginning to agree with her, now over 85% of attending students commute from outside for the village.

Anyone who has spent time on Facebook can attest that educating adults can be a particularly uphill battle. Unintimidated, the village hosts the School for Peace, a unique institution that promotes “humane, egalitarian and just relations between Palestinians and Jews.” Their work has expanded far beyond the village, educating over 65,000 students, teachers, lawyers, planners, politicians, and journalists. They are working in geopolitical conditions that are beyond adverse.

In September of 2020 the School of Peace was set ablaze. Twice. Seven classrooms were incinerated, and the building will need to be completely rebuilt. For the community—a hub of coexistence in the region—fierce reactions against its founding values are nothing new. The village has been previously attacked twice. Three days before our interview Jewish religious extremists entered the village and tried to force their way into a resident’s home before being repelled. Salaimie is indefatigable, “We insist to continue, and we know now that we have to continue.” She and her colleagues won’t be going forward alone. Following the arson, hundreds of peace activists rallied to support the village. Donations to rebuild the School for Peace have been coming in from around the globe. Fire can consume books, but it can’t burn away ideas. 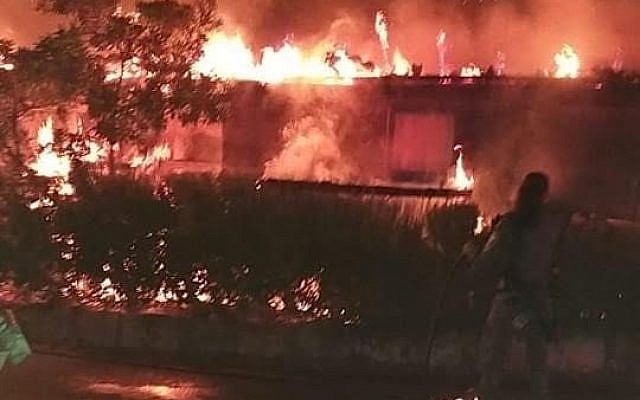 For Salaimie the most overlooked detail of the village is how shareable its lessons are. For her, the long quiet success is proof, “it’s doable and you can duplicate the model.” Discourse on Israel and Palestine has a lot to learn from Neve Shalom/ Wahat al-Salam. At present, ‘the conversation’ is little more than two parallel yelling matches. Advocates for both parties would benefit deeply from embracing a bi-national approach to history before propagating deeply divisive meme-based commentaries. That is not to say bi-nationally informed conversations will always produce common ground. They won’t. Even in the Oasis of Peace villagers, “argue a lot but we keep talking.”

The School for Peace is still raising funds to rebuild. Those interested in lending support can visit: https://wasns.org/-direct-donations- All donations are appreciated. 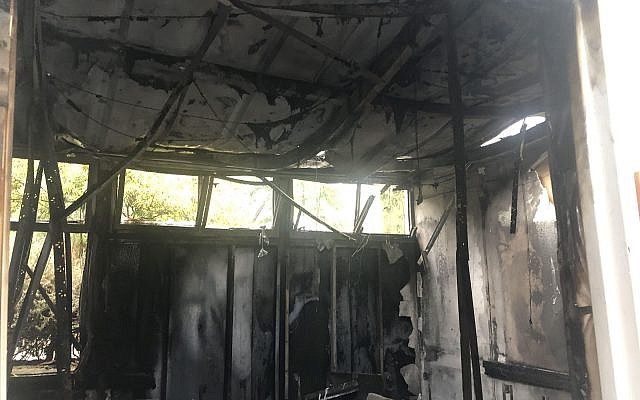 Remnants of a Classroom Destroyed by Arson at the School for Peace (Courtesy Wahat al-Salam/Neve Shalom)
About the Author
Jamie Michaels is a critically acclaimed writer and educator from Winnipeg, Canada. His most recent graphic novel "Christie Pits" unpacks the tensions between immigrants and proto-fascists in 1930s Toronto that culminated in one of Canada's worst race riots. Jamie is a SSHRC Doctoral Fellow and Killam Laureate at the University of Calgary where he researches Israeli-Palestinian history.
Related Topics
Related Posts
Comments
Advertisement