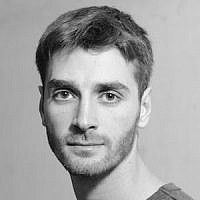 The Blogs
Hayim Ezra Ani
Apply for a Blog
Advertisement
Please note that the posts on The Blogs are contributed by third parties. The opinions, facts and any media content in them are presented solely by the authors, and neither The Times of Israel nor its partners assume any responsibility for them. Please contact us in case of abuse. In case of abuse,
Report this post.

When I was a little kid, I asked my mom: “How can we make the world a better place?”

“You can’t,” my mom replied. “The world is too big and filled with too much evil, but if you’re willing to try hard you can make someone’s world a better place.”

My mother spent much of her childhood growing up in foster homes. When she got married, she decided that, rather than looking for a way to pay back the families who had cared for her, she would pay it forward instead. And so, before my parents even had kids of their own they were already taking in foster children, one at a time.

The vast majority of these kids were newborn babies. Twenty-four hours after birth with heads so small they fit in the palm of your hand. We would care for them, sometimes for months, either until the end of the adoption process or until the biological parents were allowed to have custody themselves.

While they were with us, they would become part of the family. People would be shocked to see my mother in the synagogue with a 24-hour-old baby (“You should still be in the hospital!”) and we’d get stares from strangers trying to understand why this white family of religious Jews was carrying around a biracial newborn. But for my sisters and me, growing up in such a home, nothing was ever weird about it.

Before the babies would leave us, we would take a family photo with them so as to never forget.

“But Mom, they aren’t going to remember us when they grow up!”

“Maybe not,” my mom would say. “But deep down inside they’ll know that the arms that held them when they were babies were safe and warm.”

Since getting married, my parents have cared for twenty-eight foster children. They have changed twenty-eight worlds.

It’s hard to grow up in a family that takes in foster kids. You open your home to children coming from broken families, born to teenage mothers who can’t care for them and fathers who have to be tracked down in order to sign adoption papers. They are often the result of a drunken accident or a huge mistake. Once, we even had a baby whose mother was a user during pregnancy and gave birth to a beautiful blonde little girl, born addicted to crack.

It’s hard to become attached to these babies who we cared for and loved as if they were our own only to have them taken away to another family and never see us again. When I was a baby, my mother would nurse me side by side with whichever foster child was in our house. As I grew up, I would help take care of them along with the rest of my family. Changing diapers, heating up bottles, singing to them when they started crying and holding them in my lap while I played video games.

We’d give names to the babies while they were with us even though it was only temporary. I named the last baby we had before I moved out and when she was adopted her parents decided to keep that name. Odds are I will never see her again, but somewhere out there, there is a little girl named Aliyah Rose who I would rock to sleep while telling her how much she was loved.

Whenever we allow ourselves to get close enough to someone in order to change their world we make ourselves incredibly vulnerable. This is especially true with babies, for (as my mom used to say) when they start to crawl — they crawl away from us.

Despite this painful reality, my mom has taught me that it’s worth it. Because the only effective response to the world that is “too big and filled with too much evil” is the individual love we choose to impart to those around us. And I think that what my mom has shown me is that it is possible to change the world. We just have to do it one person at a time.

About the Author
Hayim Ezra Ani was born and raised in Baltimore, MD. He moved to Israel in 2008 and is currently studying philosophy and Jewish thought at Shalem College in Jerusalem.
Comments