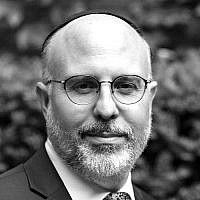 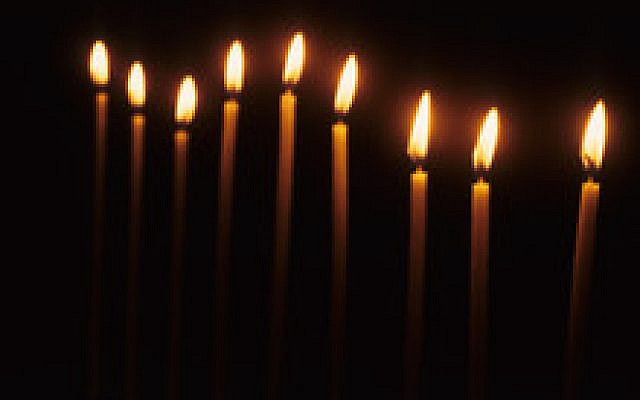 The Talmud, in its discussion of the Chanukah candles, quotes the famous argument of Beit Hillel and Beit Shamai.  Beit Hillel holds we light the candles beginning with one on the first night and continuing until we light eight on the last night and Beit Shammi says we light them in the opposite direction, from eight on the first night  to one on the last night.   The Talmud explains the argument in the following way:

What is the difference between counting the days that are left versus the days already gone by?   And what is the meaning of the argument from the sacrifices of Sukkot versus the need to increase and not decrease holiness?

I think that Beit Shammi and Beit Hillel’s opinions are expressing a deeper worldview.   The Talmud tells us in tractate Betzia:

“It is taught in a baraita: They said about Shammai the Elder that all his days he would eat in honor of Shabbat. How so? If he found a choice animal, he would say: This is for Shabbat. If he subsequently found another one choicer than it, he would set aside the second for Shabbat and eat the first. He would eat the first to leave the better-quality animal for Shabbat, which continually rendered his eating an act of honoring Shabbat.  However, Hillel the Elder had a different trait, that all his actions, including those on a weekday, were for the sake of Heaven, as it is stated: “Blessed be the Lord, day by day; He bears our burden, our God who is our salvation; Selah” (Psalms 68:20), meaning that God gives a blessing for each and every day. That is also taught in a baraita in more general terms: Beit Shammai say: From the first day of the week, Sunday, start preparing already for your Shabbat. And Beit Hillel say: “Blessed be the Lord, day by day.””

Hillel and Shammi represent two very different ways of seeing religious life.  Shammi was always moving toward holiness – there is a goal and a holy structure to how he lives life.   In contrast Hillel was present to the regular holiness of every day.

I think the same is reflected in how they lit the candles.   Moving from eight to one inherently presents a structure – when we see the candles on a given night we know how many days are left to go.  This is the advantage of counting backward.   For Hillel, when we look at the candles on a particular night, if one does not know how long Chanukah is, it will  be impossible to know.  The only thing we can know from Hillel’s method is what day today is.  He is present in the moment, there is nothing else.   Hillel adds holiness every day.  He may not know what the end is, what the ultimate goal is, but he adds every day, each day becomes a holy act, it just needs to be a bit holier than the last one.  Why does  Shamai not agree?  Doesn’t he concur with this general Talmudic dictum that one must always add holiness and not lessen it?    I am sure he does, but more importantly, says Shammi, is to connect Chanukah with Sukkot.   Why?

The answer lies in another piece of Talmud in tractate Shabbat:

“Rav Yehuda said that Rav Asi said that Rav said: It is prohibited to count money opposite a Hanukkah light. Rav Yehuda relates: When I said this halakha before Shmuel, he said to me: Does the Hanukkah light have sanctity that would prohibit one from using its light? …The Gemara relates that they raised a dilemma before Rabbi Yehoshua ben Levi: What is the halakha with regard to using decorations of a sukkah all seven days of the festival of Sukkot? He said to them: They already said in a similar vein that it is prohibited to count money opposite the Hanukkah light, which proves that one may not use the object of a mitzva for another purpose.”

Shammi stresses the commonality between Chanukah and Sukkot because in that  is much more than adding some light and holiness, therein lies an experience so sanctified, as to mimic the Temple service.   So much so that the sanctity of the Sukkah and the Chanukah lights are like those of a holy Temple object, which is forbidden for any other use.

The Sukkah is referred to in the Birkat HaMazon as the Sukkah of David, the Temple.   We sit in it and eat, which was what the priests did.  The sukkah is like our house, this is the mitzvah of sukkot, to dwell in it like in a house, but yet it is the Temple.   With regard to the Chanukah menorah also, we look like the high priest lighting the menorah, it has the status of a holy object, yet it is in our home.   For Shammi it is vital to see the holiness of Chanukah as larger Temple holiness, paralleling the sacrifices, part of the bigger holy structure.  For Hillel it is enough that we bring sanctity to our home and to each night.