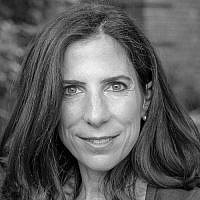 Last Passover, we had our first seder together as just a family of five. Like most Jews, we were used to celebrating with family and friends. It had been a communal time to share a meal, sing, drink, and reflect on our history as a nation. My Uncle Bernard was responsible for making the charoset. It was delicious. We would scoop it high on our matza, eating it as both a treat and a way to curb our grumbling stomachs during the ensuing philosophical discussions.

Last year, preparing the seder alone, I called Bernard in a panic, asking him to share his secret recipe. “Some nuts, apples, cinnamon and sweet wine.” How much of each, I asked? “Enough to have the right texture and taste.” Last year we felt like this would be the only time in our lives that we would celebrate alone, so we should savor it and make it special. We ended the seder with “Next Year With Our Family,”, replacing the traditional ending song of “L’Shanah Haba’ah B’Yerushalayim, Next Year in Jerusalem.” While I insisted on using Bernard’s recipe, my husband Allan shared the “real way” of eating charoset, which unfortunately meant dipping the maror (bitter herbs) in it, and shaking it off, and then using it in the korech/Hillel sandwich, with 2 pieces of matza, chazeret (another bitter herb) and charoset. Not quite as tasty.

Last year, I appreciated Passover’s novelty. This year I am facing fatigue and sadness. It has been a long year. The end is in sight as vaccines are being distributed nationwide, and yet, I’m feeling lonely. While I love the pandemic-induced nightly family dinner, I miss celebrating with my friends and family. I yearn to sing and dance, to truly feel freedom. I know I am not alone.

Mothers have faced many struggles this past year, trying to maintain equilibrium in an unstable world, to protect the emotional well-being of our children when depression and anxiety feel more rampant than the virus itself. We know how to protect ourselves from the virus through social distancing and wearing masks, but how can we protect our children from this more insidious disease? By forcing them off of social media when it is the only lifeline to outside connections? We want them to see their friends, but not too close, and not inside their homes. They can eat ice cream together, but don’t eat it inside a car, or the shop, or without wearing a mask.

We know that self-care is the most important aspect of keeping a happy and healthy home. But I feel guilty when I’m exhausted after finishing a day of zoom calls, knowing that I should be spending the time with my kids, or cooking our nightly dinner. For an extrovert like me, I derive energy from others, whether it’s group exercise classes, facilitating a meeting, catching up with friends at shul, or hosting a large Shabbat dinner. But keeping my family safe has meant not letting others in. And let’s face it (although I have tried to deny this to my clients), Zoom doesn’t replace human connection. It can’t touch, hug, feel. At times, it just amplifies the fact that we are not together.

Given all this, how do we prepare ourselves for another Passover with just the five of us? How can we recognize that we have suffered and still we must go on? This is the meaning of charoset. Studying the Daf Yomi this week (the daily 2-sided page of Talmud that is read across the world in a 7-and-a-half year cycle), we learn in Pesachim 116:

“Rabbi Elazar, son of Rabbi Tzadok, says that eating ḥaroset is a mitzva. The Gemara asks: What is the nature of this mitzva? The Gemara answers: Rabbi Levi says: It is in remembrance of the apple, as apple is one of the ingredients in ḥaroset. The verse states: ‘Who is this who comes up from the wilderness, reclining upon her beloved? Under the apple tree I awakened you’ (Song of Songs 8:5)”

The Talmud highlights the role of women in our Passover story. During the times of ancient Egypt, when Jews were enslaved, it was the responsibility of women to ensure that life would go on. They sat underneath the apple trees when their husbands returned drained from building Pharoah’s cities, allowing them to forget their pains through their lovemaking, ensuring the continuity of the Jewish people. Later they would secretly give birth in the apple orchard, evading Pharoah’s decree to kill every male baby. They kept the hope alive that somehow things would get better. These women, who were also working under Pharoah’s rule (“In all their service, wherein they made them serve with rigor” Exodus 1:14), put aside their own fears and exhaustion and found the strength to assuage those of their families. Additionally, this page emphasizes that eating charoset is a mitzvah (part of a larger rabbinical debate), a requirement at the seder. This is a nod to a later midrash in the Talmud, recognizing that women are the only reason that we survived. The Talmud states “In the merit of the righteous women that were in that generation, the Jewish people were redeemed from Egypt.” Talmud Sotah 11b. 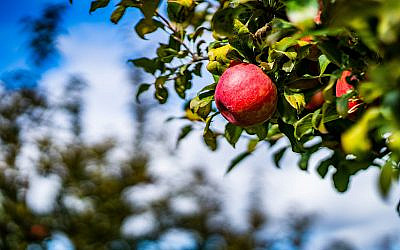 Photo by Chris Robert on Unsplash

If you combine this interpretation of charoset, as a reminder of women and the apple tree, with the more widely cited interpretation of charoset as a representation of mortar, we see the greater role of women in today’s society. We are trying to appreciate the sweet moments in our lives, to find the “silver linings.” We take family hikes in the woods, sit down for dinner at 7:30 pm, play board games and convert our very large dining room (which once hosted large weekly Shabbat dinners) into a table for 1,000 piece jigsaw puzzles. We are the mortar that is keeping our family together. We feel the sadness of the marror that is dipped in our sweet charoset, and yet we do not wallow in it. According to Rabbi Yohanan, “one must prepare it tart and one must prepare it thick. One must prepare it tart in remembrance of the apple, and one must prepare it thick in remembrance of the mortar.”

In recent times, families have looked for symbols to add to their seder table that honor women, for example placing a Miriam’s cup next to Elijah’s. And yet, the charoset has been a symbol that has been with us all along – the sweet, tart, glue that recognizes our role that has been central to our story for thousands of years. Across the world, Jews will be preparing different recipes for charoset, as they have done across so many generations. This year we continue this tradition, and we look to next year, when our dining rooms will once again be overflowing with friends and family, singing and rejoicing together: “L’Shanah Haba’ah B’Yerushalayim.”