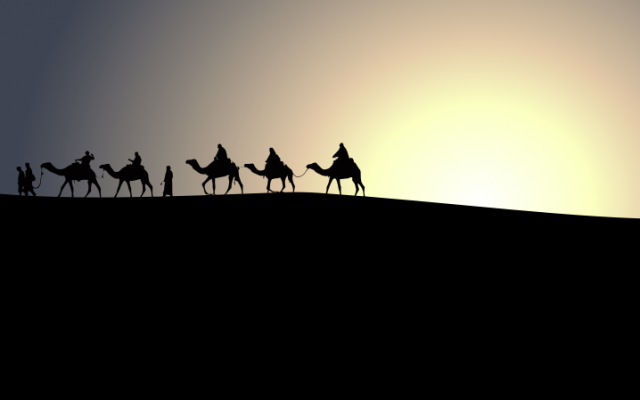 At the start of the parsha, Avraham tries to acquire a burial plot, and has to navigate through the resistance of the local people due to his status as an outsider, not a citizen of society. The parsha then turns to Avraham’s search for a wife for Yitzchak, and he states firmly and clearly that he does not want his son’s wife to be from the people of the land in which he lives. This could be read as an attitude of hostility towards the host country, but it also reflects the reality – that Avraham is a stranger, a minority. Jews have often experienced a sense of being a minority in a larger host country. Along with that comes a fear of assimilation and of losing one’s sense of identity. To combat that, Avraham chooses to resist the larger society, reinforce his ties to his own family, and send his servant to find a wife for Yitzchak from his relatives who live outside of Canaan.

This theme continues to play out in a fascinating way when the servant encounters Rivka and her family. A close reading of the text reveals that the society in Padan Aram was of a different type than that of the land of Canaan, with different norms that, through Yitzhak’s marriage to Rivka, and Yaakov’s to Rachel and Leah, are eventually embraced by future generations of the People of Israel. The servant finds in that land a society that is not as patriarchal as other societies. Its family structure is not defined by the father and the father’s household. Betuel, Rivka’s father is almost hidden from the scene. When Rivka goes back to speak with her family she goes to “בֵ֣ית אִמָּ֑הּ” – not just the literal “house of the mother,” but rather her mother’s household. This reflects a more matriarchal society where women had greater status (if not power), and where the household is defined in terms of the mother.

This comes up again later, when the family is ready to marry off Rivka, and her brother and mother say “נִקְרָ֣א לַנַּֽעֲרָ֑ה וְנִשְׁאֲלָ֖ה אֶת־פִּֽיהָ – let us find Rivka and ask if she wants to go.” This is shocking, as halakha tells us that a father can marry off his daughter who is a minor, and that her consent or lack of it is irrelevant (thankfully, this halakha is not implemented today!). And yet Rivka here is asked whether or not she actually wants to go through with the marriage. Rashi, quoting Bereshit Rabbah, says that we learn a principle from this story – that one cannot send off his daughter to her husband until she says “yes, I want that man.” Rashi goes on to say that Rivka was even more assertive than that. When she responds, “I will go,” she is saying “I will act on my own; I will go whether you approve or not.” This concept of involving the daughter in the decision of marriage is incorporated into later halakha, or at least halakhic norms. The Talmud tells us that even though a man can betroth his daughter to another man without her permission, he should not do so unless and until she says, “That is the man that I want to marry.” In the end, we embrace a dimension of an outside society into our understanding of who we are as a people and what we value. 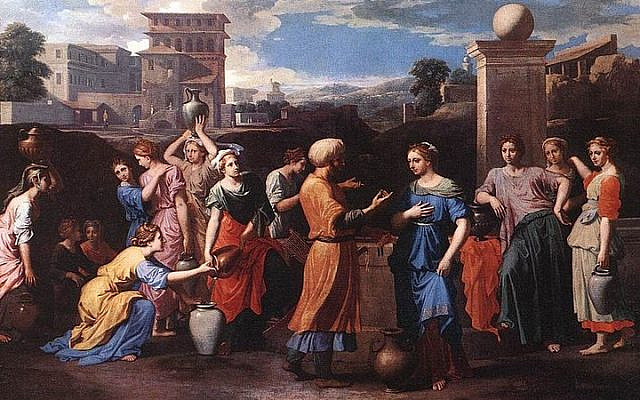 This can also be seen in the following parsha. When Toldot opens, we find Rivka directly approaching G-d to ask about the children who are struggling in her womb. This is the first time in the Torah that a woman speaks directly to God, and God then responds directly to her! This theme is echoed later in Tanakh, when Chana speaks directly to G-d to pray for a child. It is then prayer and the way in which she prayed that became a model for the halakhic form of prayer!

Rachel and Leah, like Rivka, also bring aspects of this matriarchal society into our self-understanding as a people. When they say to Yaakov, “Do we anymore have a portion in our father’s house?!” it is clear that they were expecting to have a share in the inheritance. The echo of this can be heard when the daughters of Tzelafchad come to ask to inherit their father’s estate – a request which is endorsed by God and incorporated into the halakha.

In our interaction with the outside society, there are elements that we have chosen to embrace. Rather than saying that all aspects of the larger society are to be seen as hostile, we have shown that we can identify elements which deeply resonate with the Torah. We discover that these are in fact Torah values, values which are a part of our morality and ethics, but which we might have been blind to were it not for these generative interactions with other societies.

All of this was made possible through our welcoming of these “foreigners,” – people to whom we were related, yes, but also people with quite different norms and practices. By embracing these outsiders, our society became richer, more multi-dimensional, and more nuanced. While a  minority religion might have to create certain boundaries to avoid assimilation, there is much to be gained by being open to those outside of us. Immigrants, foreigners who come to live with us, bring dimensions of their societies which enrich us and which can be transformative to our self-understanding. In the Jewish context, these contributions become part of Jewish tradition and halakha, and were discovered to have been a true part of the Torah all along.