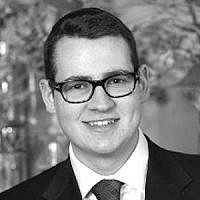 The Blogs
Nathan Gertner
Apply for a Blog
Advertisement
Please note that the posts on The Blogs are contributed by third parties. The opinions, facts and any media content in them are presented solely by the authors, and neither The Times of Israel nor its partners assume any responsibility for them. Please contact us in case of abuse. In case of abuse,
Report this post.

It is commonly taught that the Second Temple was destroyed because of baseless hatred. Less talked about is the First Temple, which is surprising. Surprising, because the precursor to it’s destruction is well documented; because the First Temple was still the era of prophecy. Prophecies in which God speaks in His own words about the problems of the day that had ruined society.

We are told that each generation that does not see the Temple rebuilt has participated in it’s destruction. This is harsh, but logical. It means that were such a generation to have a Temple, its deeds would eventually lead to its destruction. We are part of the problem if we cannot develop and maintain a society that is morally and ethically upright.

The Shabbos before Tisha b’Av is Parshas Dvarim, known as Shabbos Chazon – named for the opening words of the Haftora, Chazon Yishaya, extracted here:

“Listen to Hashem, you leaders of Sodom. Listen to the law of our God, people of Gomorrah!”

“What makes you think I want all your sacrifices?”, says Hashem. “I am stuffed from your burnt offerings and sacrifices of rams and the fat of cattle. I get no pleasure from the blood of bulls, lambs and goats. When you come to worship me, who asked you to parade through my courts with all your ceremony? Stop bringing me your meaningless gifts; the incense of your offerings disgusts me!

“Your celebrations of Rosh Chodesh and Shabbos and your fast days, are all sinful and false. I want no more of your pious meetings! I hate your new moon celebrations and your annual festivals. They are a burden to me. I cannot stand them! When you raise your hands in prayer, I will not look. Though you might offer many prayers, I will not listen, because your hands are covered with the blood of innocents!

“Wash yourselves and become clean! Get your sins out of my sight. Give up your evil ways; learn to do good. Seek justice! Help the oppressed and vulnerable! Defend the cause of orphans! Fight for the rights of widows!” – (1:10-17)

There were many prophets whose stories did not make the canon of Tanach; the ones that were included were selected because of their resonance beyond their time.

The prophet goes on to mention corrupt leadership and bribery. It is impossible to rid society of evil completely; even in the most ideal world, there would still be a justice system. This is a recognition of human choice and error. But this is when a society is challenged; when evil rears it’s ugly head, how do we respond? It ought to be forcefully and definitively dealt with.

This is why perversion of justice may be the ultimate crime. If a society is too corrupt and broken to protect it’s citizens, people are trodden on without ramification. That society, in a subtle, but substantial way, endorses and protects criminals and predators. If only lone individuals care, the society as a whole is morally bankrupt. Where is the compassion?

How many of our vulnerable people are unprotected? Every year there is another scandal, another cover up, another aguna, another molester, another abuser. When our institutions and leaders fail to remove criminals or call them out for what they are, it is a betrayal, at your expense. We are not a community if we do not protect and ease the burdens of our brothers and sisters. There is grave injustice when individuals proven dangerous beyond reasonable doubt are allowed to retain influence. That this could be a veiled reference to any one of numerous incidents says a lot about where we are.

A generation that does not see the Temple rebuilt has participated in it’s destruction. The prophet’s words echo, and it is chilling.

Don’t misunderstand this. This is not a polemic against our leaders. This is a call to action directly to you. Don’t rely on other people for a job you could and should be taking on. We need you.

We have much to be proud of today, but make no mistake; we cannot launder or buy off mediocrity in one area with excellence in another. The people of that time were diligent and meticulous in their prayer and sacrifice, yet so awful at other things. The amount and scale of Torah study and charity in the world today is phenomenal, and unprecedented in history. But how much is it really worth if we do not act like God’s ambassadors on this world? In the words of Chazon:

The lessons we ought to learn from history knock on our door, repeatedly, louder and louder. In Moshe’s parting address to the people he spent his life trying to save, he says to them:

We see problems around us, and we do not fix enough of them. Praying more, with greater intensity, is not the solution that these problems require. We just need to fix them! If we had a Temple today, we would lose it; otherwise it would be here. How can we fast, weep, and pray when there are so many poor, hungry, abused, and other vulnerable people around us? Is it something to be proud of that we are in dire need of so many excellent charities and outstanding individuals? Such individuals and organisations lead the way for the rest of – but they do not remove our own obligations.

It is so easy to make that difference; resolve to be better, in a real, substantial, accountable way.

Volunteer more. Give more charity. Give food and clothes away. Make sure no child is left without a school. Participate in your community. Use any influence you have, talk to influential people, and make that difference. Even if it’s just you alone. Take responsibility for the people around you, who don’t yet know that you are someone they can rely on to help them.

Our enemies label us as cruel; but they could not call us cruel, unless on some level, we are also cruel to our own. In 2014, several rogue Jews killed an innocent teen; something unheard of. While there was a unanimous and loud global outcry from our communities, something about the way we educate and raise young people generated that grotesque tragedy. They killed a person, another human being, who was so “other” in their minds that it did not matter that he was innocent. And we all think that way to some extent.

So read Chazon. Because it reads like it was written especially for us. If it’s too hard to motivate yourself to cry for what happened long ago, then cry for now; for how far we are from where we are meant to be, for the agony in our communities. Cry for the all the injustice around you that you can’t seem to do anything about; tears that burn. I know I will.

About the Author
Netanel is a law student, and the author of gTorah. The Torah’s stories are cryptic and nuanced; understanding its ethical principles in a thought provoking way requires clarity and simplicity.
Related Topics
Related Posts
Comments