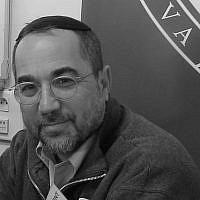 The Blogs
Ari M. Solomont
Trying to change the world, one revolution at a time
Apply for a Blog
Please note that the posts on The Blogs are contributed by third parties. The opinions, facts and any media content in them are presented solely by the authors, and neither The Times of Israel nor its partners assume any responsibility for them. Please contact us in case of abuse. In case of abuse,
Report this post. 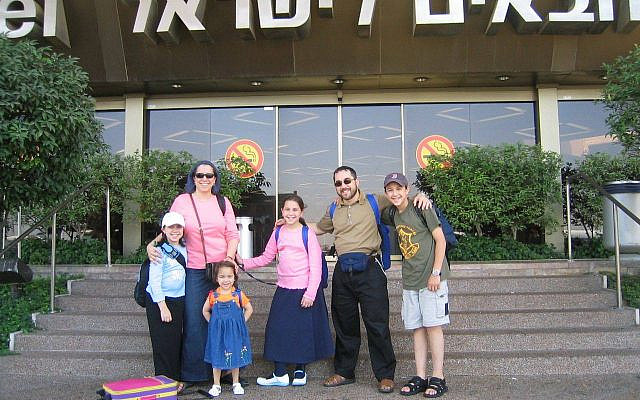 For my friends who have made aliyah, and for anyone who has visited Israel or considered aliyah, one of the verses in last week’s Torah portion, Shelach, may resonate with you: “The Land is good, very good.” For anyone with a strong connection to Israel, this verse may pull at your heartstrings, and, as I like to call them, your soul strings.

I’ve never been a soapbox aliyah advocate, despite the fact that I believe that, deep down, no matter how latent it may be, every Jew has a deep-seated desire to be in the Land of Israel. Some of us feel this pull more and some less, but my sense is that every Jew feels some connection to the land of Israel. Since the dawn of our deliverance, this passion has drawn generations of Jews to go on aliyah, the ultimate move.

Since my wife and I made aliyah from Boston almost 18 years ago, we have maintained our connections to family and friends in the Old Country. As proud Americans, we are keenly aware of the current challenges of the Jews still living in America. The day school/yeshiva tuition crisis, political discord, the rise of antisemitism, anti-Israel rhetoric, COVID-related health and economic struggles, and general economic downturns. Due to many of these difficulties, more American Jews have shown interest in aliyah, and according to Nefesh B’Nefesh, aliyah applications from North America are on the rise. Many of my friends point to any number of these factors, and more, as their motivations for considering immigration to Israel.

And that concerns me. Of course, it’s understandable if the downsides of living in the States have led to people reaching a tipping point in their decisions about whether and when to move to Israel. But underneath those motivations, there has to be something else: a place in our hearts where there’s really no reason at all, other than a simple desire to be here.

Several years ago, in my capacity as director of the Yeshiva University Israel Program, I had the privilege of joining former YU President Richard Joel during his annual visits to dozens of the American post-high school yeshivot across Israel.  There is no greater advocate of Yeshiva University than Richard Joel. But when asked by prospective applicants whether the rise of antisemitism on campuses across the US, or the challenge of staying halachically observant on a secular college campus, was reason enough to come to YU, he responded that “a person has to decide to enroll in YU because YU is the right place for him or her, and not because it’s bad ‘out there’!”

There are certainly legitimate driving forces that are leading many in the US to consider aliyah more seriously, and in greater numbers. But in my opinion, it would be a mistake for anyone from the US to stake their aliyah on any motivation other than Israel being the right place for them. (I am speaking only for the US; the experiences and needs of Jews from other countries are different and more complex)

Let’s talk tachlis. As I said, my wife and I have been living in Israel for nearly 18 years. Together, we have successfully raised four children, I’ve held seven different employments (as opposed to two jobs in the 20 years prior to aliyah), and we have survived sending all of our children to enlist in either the Air Force, National Service and/or Shlichut (with a combined 13 years of service, and counting, between them). We have gained two amazing native-Israeli sons-in-law, and will soon celebrate the marriage of our oldest son. We have six beautiful grandchildren, all sabras.

We know that our aliyah is a success story. But it’s also a survival story.

We came to Israel with great idealism, and not much else. At the time, some people said we were brave; my father, of blessed memory, said I was stupid, and in some ways he was right. We left our home, good jobs, amazing community and lifelong friends. We came on aliyah with no support from Nefesh B’Nefesh and no financial incentives, and moved to a new community, new language, new schools, new synagogue. For a while, we had no job, no car, no internet and few friends. We came on aliyah when the dollar-to-shekel exchange rate was 4.5 and have watched the dollar (and therefore, at some international-commuting or remote jobs, our income) devalue to 3.2.

Our journey has been . . . a journey, and it has not been without hardships that could have made us seriously consider moving back to the States.

And this is where I would like to offer some advice to any American who is seriously considering aliyah, advice that may prove unpopular among my “Aliyah or bust” friends. I share this as someone who has experienced and survived many pains and pangs of aliyah, who has experienced almost every bureaucratic nightmare (and every benefit) of the Israeli health-care system, legal system, and unemployment system.

Aliyah is like marriage, or any real relationship. No matter how much you are in love at first, honeymoons never last forever. You’re going to have communication issues, financial troubles and every conceivable and inconceivable issue that comes with a relationship.

Unless you are in that relationship unconditionally, when the going gets tough, we naturally question why we got into the relationship in the first place.

I see it all the time on Facebook. Our friends in the honeymoon of their aliyah: everything is wonderful and glorious. The sun shines, even when it rains. Only in Israel! And then slowly, slowly, we see the transition to complaints about Israeli driving, Israeli line-cutting, milk in bags, weak WiFi, the high taxes, low paychecks, the high cost of rent, educational system failures, our kids not fitting in, army problems, religious intolerance, political dysfunction, and I could go on. When the honeymoon is over, the honeymoon is over.

The fact that there are legitimate problems you’d be leaving behind in the US can be the icing on your aliyah cake. But it’s not enough to keep people here once the mundane troubles of Israeli life set in. Aliyah is a relationship that needs tremendous commitment to survive. 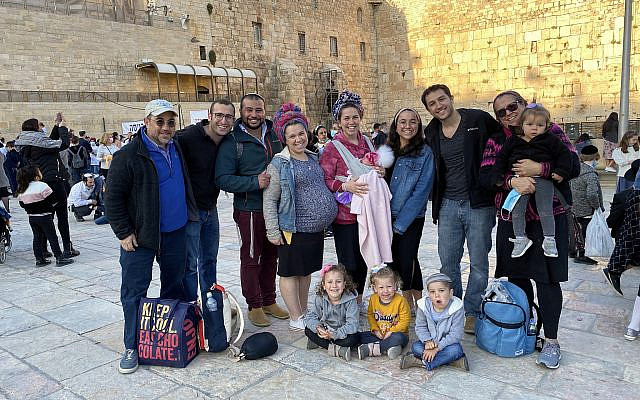 I believe that my family’s survival story is also a success story because the bottom line is that we had no reason to make aliyah, other than it was time for us to make aliyah. As the famous Avraham Rosenblum song goes, “Jerusalem [was] calling.” We were pulled here, we wanted to raise our children here, because Israel is home. We did not come because of the high cost of tuition or because of politics. I didn’t have a job waiting for me. I remember our aliyah advisor from the Tehilla organization telling us that at that time, only 25 percent of olim have a job when they make aliyah. (Maybe today it’s different.) And even if a job is waiting for you when you arrive, she said, there is no guarantee you’ll have that same job in six months. You need to make aliyah because you want to be in Israel.

So, when things got hard, we dug in, worked through them, accepted that life can be hard and always thought back to why we had wanted to make aliyah in the first place. (I don’t want to cast aspersions on those whose aliyah doesn’t work out, and who do return to their country of origin. My feeling is that any aliyah advocate who has said “I prefer to live in Israel and sweep the streets of Tel Aviv” has never swept the streets anywhere. Sometimes, just as with marriages, the shidduch isn’t right and things really are just too hard.)

So, my friends. Even after 18 years, our aliyah journey continues each and every day. It’s good here – the land is good, very good. And it’s hard. As my friend Ari Fuld, z”l, once said, “If life isn’t hard, you probably aren’t doing it right.”

Israel needs more North American olim and I’m not trying to discourage anyone from making aliyah, G-d forbid. But as a matter of survival, if you are Israel-bound, your motivations must be as close to unconditional as possible. Come if, after all is said and done, you want to be in Israel simply because you want to be here. Then, nothing else will matter; you can not only make it here, you can make Israel better.

So if you are focusing on peripheral motivations, set them aside. Check them at the border. Make aliyah because Israel is the land of our destiny. This is home. And it is good, very good.

About the Author
Rabbi Ari Solomont is the director of International Admissions for Yeshiva University in New York. Prior to making aliyah eighteen years ago, Ari was a licensed nursing home administrator and the executive director of New England NCSY. (National Conference of Synagogue Youth) Well known as an expert in the field of informal education, Rabbi Ari has been a sought-after consultant for several national and international educational initiatives. Rabbi Ari's warmth, humor, love of people, and compassion have inspired generations of Jewish youth. Rabbi Solomont is an off road cycling enthusiast who can often be found riding through the Hills of the Holy Land and along trails across the globe. He and his wife Sarah Beth live in Ashkelon, have 4 children and 6 grandchildren. Their youngest daughter is currently serving in the Israeli Air Force. [The views and opinions expressed by Rabbi Solomont on this blog are his own and do not necessarily reflect the official policy or position of any organization or institution to which he is affiliated]
Related Topics
Related Posts
Comments