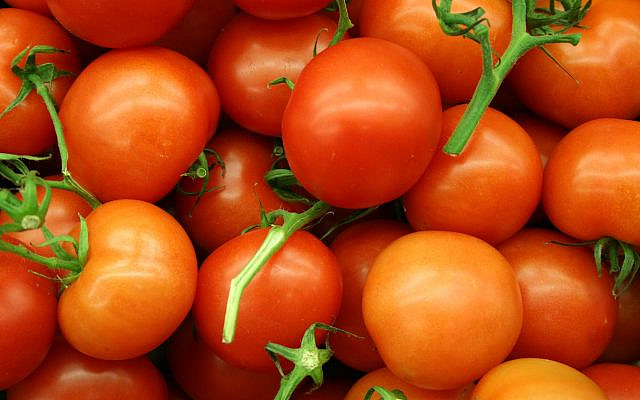 The story of the regeneration of the Land of Israel – its soil and shrubs, plants and trees, flora and fruits, is one of the greatest stories of human accomplishment. An ecological marvel, unrivaled in the annals of recorded history.

In 1867, 11 years before the first modern agricultural settlement in Palestine was attempted – Petach Tikva – Twain visited the land for the first time and was deeply shaken by the great desolation.

“There was hardly a tree or shrub anywhere. Even the olive and the cactus, those fast friends of a worthless soil, had almost deserted the country. No landscape exists that is more tiresome to the eye than that which bounds the approaches to Jerusalem. The only difference between the roads and the surrounding country, perhaps, is that there are more rocks on the roads than in the surrounding country.  Palestine is desolate and unlovely.” [1]

About 70 years later, in 1939, Lowdermilk would arrive in Palestine on a mission to search for similar soil and climates to the California Dust Bowl he was aiming to develop. He was shaken by what he saw – both by the desolation of the land and soil but equally by the remarkable regeneration begun by the Jewish pioneers of Palestine who he notes had little or no background in agriculture.

He attests: “When Jewish colonists first began their work in 1882… the soil was eroded to bedrock over fully one-half of the hills – streams across the coastal plain would choke with erosional debris from the hills to form pestilential marshes infested with dreaded malaria… Those who can read the record that has been written in the land know that this state of decadence is not normal… Rural Palestine is becoming less and less like Trans-Jordan, Syria and Iraq and more like Denmark, Holland and parts of the United States.” [2]

Lowdermilk was so deeply impacted that he and his wife eventually settled in Israel in the 1950s. His world-class knowledge in the science of soil gave him a unique appreciation for the extent of this miraculous transformation and a desire to use his expertise to contribute to it. He would be a proactive part of the team that built Israel’s national water carrier and has a department named after him at the Technion in Haifa. A true lover of Zion.

He felt so moved by the Israel phenomenon that he opined: “If we were interested in the regeneration of Man, let all the righteous forces on earth support these settlements in Palestine as a wholesome example for the backward Near East, and indeed for all who seek to work out a permanent adjustment of people to their lands.”

What would Lowdermilk say today, more than 70 years after the establishment of the State, when Israel has done the seemingly impossible across the whole Land – transforming a water-scarce country into an abundant oasis through cloud seeding, desalination, drip irrigation and water recycling; converting the once-barren soil into a remarkable lush fruit-yielding area despite the arid climate.

And with over 250 million trees planted in the Land over the last 120 years, what would Twain say today had he had the opportunity to return to the very same barren road that ‘bounds the approaches to Jerusalem’ and cast his eye on the once treeless countryside now home to a forest-like landscape?

What is the explanation of this phenomenal transformation? It seems that the answer lies not only in the realm of the rational and scientific, but also in the mystical and metaphysical – in a Divine promise, an ancient prophecy.

The Torah refers many times to the promise of the Land as an אחוזת עולם – “an everlasting possession.” [3] How can it be everlasting and eternal if we have spent so many long centuries outside it? What type of possession is that?

Rabbeinu Bachya offers a breathtaking insight when he says that “this is a great sign for Israel that from the day they were exiled from it – the Land – no other nation has been able to inhabit and settle it, but it remains destroyed and desolate, until her fledglings return.” [4]

There is a remarkable reciprocal relationship between the Jewish people and the Land – an inexplicable love affair between a people and a place, and counterintuitively between a place and those very same people. Just as the Jewish people have never forgotten the Land, always praying to return to her and dreaming incessantly about reuniting, so too has the Land never ‘forgotten’ her people – her children. She remained loyal,  somehow never ‘allowing’ others to cultivate her soil and bring out the best in her. She has constantly and consistently remained barren and unresponsive to all foreign conquests and attempts at settlement over the last two millennia, from the Romans until this very day. As loyal as the People have been to the Land so too, inexplicably, has the Land been loyal to the People.

The tragic story of Gaza today is a tangible example of this, where only 15 years ago Jewish farmers and their hothouses were international-award-winning innovators of hydroponic planting and world cherry tomato champions. The very same hothouses lie desolate despite numerous attempts to recreate the same success.

There is a type of Divine chemistry, a spiritual alchemy at the heart of the reciprocal relationship between the Jewish people and the Land of Israel. Like all love stories, there is an element of wonder and mystery never easy to fully grasp but blatantly real for all to see.

Tu BiShvat has become Israel’s national tree planting day. Many thousands of new trees are planted on this day every year by preschoolers and the elderly alike. Tree planting in Israel represents both the hope and the belief in a better future for all and the celebration of the ongoing miracle of the unique, everlasting bond between a land and a people, a people and a land.

[1] Innocents Abroad, published in 1869 – two years after his return – about his pilgrimage to Europe and the Holy Land. It was his best-selling book during his lifetime.
[2] The Promised Land, Lowdermilk 1944.
[3] Bereishit 17:8, as part of the covenant of Brit Mila – circumcision. The verse states, “I will give to you, and to your seed after you, the Land of your sojournings, all the Land of Canaan for an everlasting possession and I will be your G-d.”
[4] Rabbi Bachya Ben Asher, in his commentary on the Torah to the above verse in Bereishit. Interestingly, another medieval commentator, Ramban, Nachmanides, makes the exact same point on a verse of the curses in Vayikra 26:32, where he sees the ‘loyalty of Land’ as a blessing within the curse.

This article appears in the Tu BiShvat edition of HaMizrachi, published by World Mizrachi in Jerusalem and distributed around the world.

About the Author
Rabbi Doron Perez is the Chief Executive of the Mizrachi World Movement, a global Religious Zionist movement based in Jerusalem with many active branches around the world. He is an organizational leader, sought after international speaker and author.
Related Topics
Related Posts
Comments