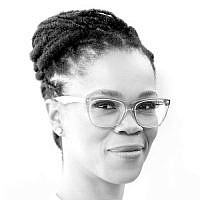 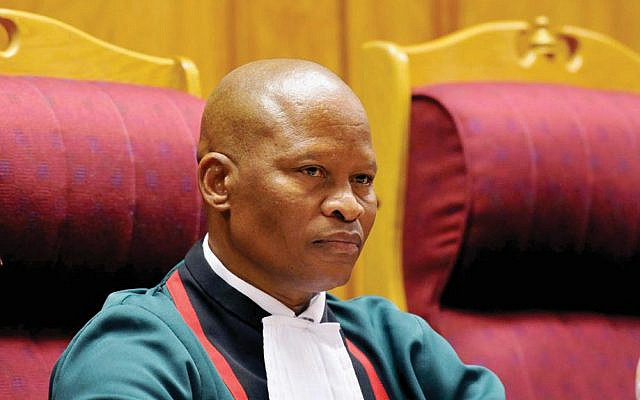 … in Psalms 122 verse 6 which says: ‘Pray for the peace of Jerusalem, they shall prosper that love thee’. And see, also Genesis 12 verses 1 to 3 says to me as a Christian, if I curse Abraham and Israel, God, the Almighty God will curse me too. So, I am under an obligation as a Christian to love Israel, to pray for the peace of Jerusalem which actually means the peace of Israel. And I cannot as a Christian do anything other than love and pray for Israel because I know hatred for Israel by me and my nation will, can only attract unprecedented curses upon our nation.

Complaints were subsequently lodged with the Judicial Conduct Committee (JCC), the body responsible for dealing with complaints brought against judges. In his decision given on 4 March 2021, Judge Mojapelo found that Chief Justice Mogoeng’s utterances regarding Israel at the webinar and subsequent virtual prayer meeting, contravened various provisions of the Code of Judicial Conduct. Of relevance to this article, Judge Mojapelo found that the Chief Justice had:

We strongly disagree with Judge Mojapelo’s siding with the complainants that in expressing his position on Israel, in accordance with the tenets of his faith, Chief Justice Mogoeng became involved in political controversy. The Chief Justice noted, among other things, that Psalms 122:6 instructs Christians to pray for the peace of Jerusalem. What harm can be brought by praying for the peace of Jerusalem, a city in which social and political tensions exist? Is the expectation that one must only be pro-Palestinian and equally anti-Israel to be a vocal public servant? Despite intimations by some in the pro-Palestinian community, it is possible to be both pro-Israel and pro-Palestinian.

Africa4Palestine, one of the three complainants to the JCC, submitted that “the issue of whether the State of Israel should be subjected to diplomatic, economic and cultural boycott, divestment and sanctions is … one of the greatest political controversies in South Africa and the world”. One wonders what illusions inform this submission as developments across the world prove otherwise. These developments include:

Africa4Palestine and the SA BDS Coalition, another of the complainants, together with other entities that have spoken publicly against the Chief Justice on this matter, are well known for their contempt for Zionists and disdain for the existence of Israel as a nation. Africa4Palestine views Chief Justice Mogoeng’s comments in support of Israel as being ‘anti-Palestine’, despite the Chief Justice specifically stating that he loved Palestinians, just as he loved Jews. The country’s ruling party – the African National Congress – possesses an unapologetically, lopsided pro-Palestinian stance whilst being increasingly hostile to Israel.

This is evidenced by, among other things, its consistent perpetuation of the lie that Israel is an apartheid state and its 2017 resolution to downgrade South Africa’s embassy in Tel Aviv to a liaison office. This stance is wholly out of touch with the stance of millions of South Africans, including ANC supporters, who are not anti-Israel and would agree with the Chief Justice’s sentiments.

What is as astounding as it is disturbing is that the Chief Justice has not just been ordered to issue an apology, but he has been told what to say verbatim and where to say it. One would think that the Chief Justice was not a brilliant legal mind under whose leadership the Constitutional Court holds the high confidence of the South African public, but a rowdy 9 year old boy who has gotten into trouble on the school playground.

An inherent danger of Judge Mojapelo’s decision is that it augments the threat by pro-Palestinian lobbyists to the constitutionally enshrined freedoms of all South Africans, particularly the Judeo-Christian community. A member of South Africa’s parliament has been told not to travel to Israel, much needed assistance to a drought crisis has been blocked and a celebrity who highlighted the true living conditions of the Palestinian people at the hands of their leaders was subjected to virulent treatment. South Africans must not be bullied by organisations masquerading as human rights activists but whose primary existence is to demonise Israel and those who dare call for a just approach to both sides in the myriad of complexities that is the Israeli-Palestinian conflict.

Together with the trips to Israel by leaders in different spheres of South African life, including members of the judiciary, that are only acceptable if organized by Africa4Palestine or members of the SA BDS Coalition, these actions have the stench of apartheid style behavior towards Black people. From Chief Justice Mogoeng to Rev Kenneth Meshoe to Shashi Naidoo and others, Black South Africans cannot independently do as they wish, cannot believe as they wish, cannot associate with whom they wish and cannot speak as they wish.

DEISI International, together with many South Africans, stands by and supports the Chief Justice and urges him to remain steadfast. There is nothing for him to apologise for; nothing for him to retract. DEISI also encourages Christians in South Africa and across the world to heed the example of the prophet Isaiah and for Jerusalem’s sake to not keep quiet.

About the Author
Olga Meshoe Washington’s unique narrative on African relations with Israel, the Christian mandate to stand with Israel and her engaging delivery have contributed to Olga being a regular on the speakers’ circuit in Africa and the USA. In 2016, the World Zionist Organization awarded Olga the ‘Jerusalem Award’ in recognition of her advocacy for the state of Israel and the South African Jewish Community. Olga serves as the CEO of DEISI International and as a board member of the Institute for Black Solidarity with Israel. Olga is also a senior educator and regional Director with Club Z.
Comments