The Blogs
Jeremy Rosen
Apply for a Blog
Please note that the posts on The Blogs are contributed by third parties. The opinions, facts and any media content in them are presented solely by the authors, and neither The Times of Israel nor its partners assume any responsibility for them. Please contact us in case of abuse. In case of abuse,
Report this post. 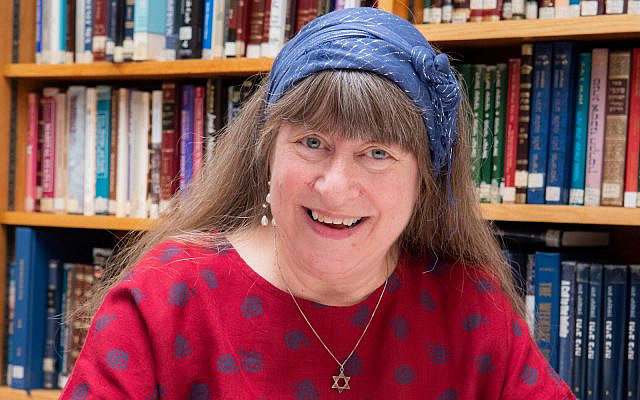 What is it about chief rabbis? Perfectly nice, intelligent human beings, most of them. Yet, when they get to be chief rabbis their spines and minds turn to jelly. Sephardi Chief Rabbi Yitzhak Yosef has recently said that secular education is unnecessary and the core Israeli curriculum nonsense. I don’t disagree about the benefits of studying Torah. But I wonder if he would be happy to be operated on by someone who had only studied in a yeshivah.

Once again, a British chief rabbi has got into an unnecessary fight when a little common sense might have averted a chillul HaShem (desecration of God’s name). My loyalties religiously are with the Charedi world (not politically). And I confess I am a solid traditionalist on halachic matters. But I can still tell a petty, silly pointless argument when I see one.

The extreme Charedi world of Satmar is dead right. They live the life they choose and ignore those who are less religious or politically nationalist. They do not try to impose extremes on those who are not.

The activist Charedi world has always made a point of disrespecting the holders and the positions of chief rabbis. And yet they think they can muscle in and bully anyone whose opinions are not theirs. As a result, the very constituency that chief rabbis should be catering to gets let down time and again.

It is not really about a woman who wants to study Torah at the highest level or become a rabbi and take over a pulpit from a male. It concerns a highly regarded Orthodox lady who has been teaching at various Orthodox institutions in London for many years. But she took a correspondence course in advanced Torah studies at an admittedly controversial but Orthodox institution in New York dedicated to “Learning and Dynamic Leadership” that is called Yeshivat Maharat. It was founded by Rabbi Avi Weiss and Rabba Sarah Horwitz. Dr. Taylor Guthartz having graduated has now been told that she can no longer teach at the London School of Jewish Studies, an adult education center that is Orthodox and open-minded, even if it does come under the purview of the UK chief rabbi and his Beth Din.

The UK chief rabbi has refused to budge. It may on the surface look like they are defending themselves against an attack from radical reformers, chipping away at Orthodoxy. But that is neither the aim nor the desire of these women specifically to undermine or change existing custom but to add another dimension. It is another example of men being frightened of dynamic brilliant, women. This ban is an insult to Orthodox women. It only reinforces the argument that chief rabbis in Britain and Israel are relics of the Imperial British past and should be scrapped.

What’s in a title?

Titles have been devalued. Every Tom, Dick, and Rebbele nowadays is a Gaon, not to mention a Tsaddik and often a Kaddosh (genius, righteous or holy)! In the Talmud, titles of rabban, rabbi, rebbi, rav, gaon, mar, haham were honorary marks of respect for great minds. Some, like Hillel, were happy to have no title at all. The great heads of yeshivah who ordained me never deigned to descend to the level of having to qualify as communal or synagogue rabbis. And most rebbes only get their jobs because of lucky genes.

In the old days, rabbis were halachic authorities. Nowadays they spend more time on pastoral, educational, and social matters. Dayanim deal with specific areas where superior knowledge and expertise are required. And more and more people turn to websites that offer immediate solutions to many problems. We have all heard of Rabbi Google. In the old days, pastoral matters were usually dealt with not by rabbis but by popular folk healers, Ba’alei Shem, men and women who were relied upon to create magical, mystical, and natural cures for every problem. Even today, swathes of the Jewish world turn to such snake oil figures for solace.

Today anyone can follow an online course and become ordained in programs that range from serious to trivial and not go anywhere near a serious yeshivah. Like degrees, what matters is where one got it from. So why does the very Orthodox world still balk at women with titles? What really is the issue here? Is it about using a title that has anyway fallen into disrepute? Or inventing a new one we never had before? Or is it simply fear of change, the fear of losing power and authority?

The ‘tradition’ argument is rubbish

The halachic issue is, primarily, that women cannot perform ritual functions on behalf of others, that they are not themselves obliged to by halacha. Such halachic limitations apply mainly to public religious ceremonials, mainly in the synagogue, which nowadays play a relatively minor role in rabbinic life. It may sound a bit like trade unions and restrictive practices, but it is the law and so it remains, probably until Elijah or whoever comes in his place. However, this issue is not being challenged or changed by Yeshivat Maharat or its graduates. And it has no bearing on teaching, advising, and ministering to communities which anyway take up most of a modern rabbi ’s time.

The other argument is that of masorah, tradition. It has never been done before (neither did people fly in airplanes). There was a time, in every society, that women were not permitted, or expected, to rival the intellectual or religious level of men. We know now that that is utter rubbish. In Judaism today, there are enough women whose knowledge of traditional sources more than qualifies them to know what the law is, let alone teach and preach Torah. Times have changed.

In Israel, there are women pleaders in religious courts, halachic consultants, and advisors attached to local religious authorities. Women can call up a Beit Din and ask for a female to respond on a halachic issue and believe me, most of them know a great deal more than many rabbis I know. In more moderate Orthodox communities, women are already performing many of the non-halachic functions that men do in terms of advice, education, and inspiration. So, is the fact that this is happening widely in Israel today, the final proof that the future of Judaism lies in Israel, not the diaspora?

Some quote Maimonides, that women cannot be appointed to positions of authority in the community. This is strange since there were women prophets, judges, and queens not to mention all those wealthy and powerful women over the ages whom the rabbis always made a great effort to cultivate. Like several of his opinions, it is based on the context of the time.

Refusing to recognize female achievements by giving women a title they have earned, is a gratuitous insult. It inhibits young Jewish women from bringing their talents to enhance Judaism. But even more disturbing is to say that because you have studied somewhere we do not approve of, regardless of your personal theological or behavioral standards, we forbid you to teach what you have been teaching for many years with our complete approval hitherto.

Normally, the thinking members of the United Synagogue Rabbinate in the UK avoid getting involved in such disputes because they fear for their jobs. Or have already gone over to the other side. This time, Rabbi Michael Harris, Rabbi of Hampstead Synagogue, son of the late Chief Rabbi Harris of South Africa, has resigned in protest as a senior lecturer at the LSJS. Good for you, sir. Someone in the Anglo Jewish rabbinate with a spine.

This knee-jerk reaction of men frightened of being thought of as betraying orthodoxy is just like all those lecturers, artists, journalists, and politicians who are being silenced by the antisemitic Woke who simply cannot tolerate another point of view. Talk about the Cancel Culture, this is our version!

About the Author
Jeremy Rosen is an English born Orthodox rabbi, graduate of Mir Yeshivah and Cambridge University. He was a lecturer at WUJS Arad, and former headmaster of Carmel College, Professor and Chairman of the faculty for Comparative Religion in Antwerp and Rabbi in Scotland London and now in New York. His weekly blog is at jeremyrosen.blogspot.com
Related Topics
Related Posts
Comments
Advertisement