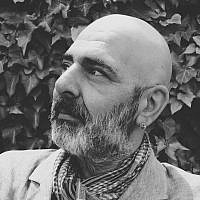 The Blogs
Hussein Nouri
Apply for a Blog
Please note that the posts on The Blogs are contributed by third parties. The opinions, facts and any media content in them are presented solely by the authors, and neither The Times of Israel nor its partners assume any responsibility for them. Please contact us in case of abuse. In case of abuse,
Report this post.

“If I am being asked to leave because we are child killers, I will walk out beside you, Sir.” This is the response that would have befit the outburst of the senior Kuwaiti delegate to the Inter-Parliament Union assembly in Saint Petersburg, who took what might be considered a rare stance at a time when so many Arab regimes have either toned down their classical animosity towards Israel or just dropped it altogether. The Israeli delegates should not had left the hall. They should not have allowed their Kuwaiti counterparts a victory that sparked cheers and stoked the flames of nationalism in the Arab street at Israel’s expense; feelings of nationalism that have weakened to an all-time low due to internal Arab ideological conflicts.

On December 1st, 1995, Barbara Crossette published an article in The New York Times in which she cited the number of Iraqi children who died as a direct result of economic sanctions imposed on Iraq. Kuwait was invaded by Iraq and it was therefore a major player and cause in the death of up to 576,000 Iraqi children regardless of the fact that it was victimized by Saddam Hussein and his regime. Not too many people can contest Saddam’s eligibility for punishment for the atrocities that he engaged in, but to sanction and even be a part of a collective punishment that included Iraqi civilians is something that should at least deprive you of the right to point fingers and shout “child killers.”

Kuwait, being the direct cause, could have voiced its disagreement with the size of the embargo or its scope. It could have at least allowed humanitarian medical aid and food shipments to pass through its border. But it did not; 576,000 children perished and that figure excludes those who fell between the years 1995 and 2003. The number could have been much lower had Kuwait practiced what its delegate preached at the IPU conference.

Israel, of course, has its record of human rights violations that include the incarceration of minors and killings done by armed forces and settlers. Israel practices collective punishment as well, in which a family house is demolished when one family member is found guilty of committing an act of violence against the state or its citizens. Nevertheless, 576,000 children — and that is not counting adults or those who did not died but became sick due to malnourishment and lack of proper medicine.

This is the time for reform and the settling of differences. It is the time for being true to ourselves and others; beginning with ourselves. We do that by pointing out our own shortcomings and then conversing about enhancing global peace. The Israeli IPU delegation shouldn’t have left the room. They should have quoted Jesus saying “He that is without sin among you, let him cast the first stone.”

About the Author
Hussein Nouri is a Communication Arts graduate with emphasis on Theater and Journalism. A gastronomic enthusiast who has done volunteer work for women support groups and children with special needs centers. His former job in the aviation industry allowed him the opportunity to visit and work in many countries and to meet beautiful people from all around the globe. A firm supporter for human rights and the LGBTQ worldwide community. Currently focusing on writing and saving street dogs.
Comments
Advertisement