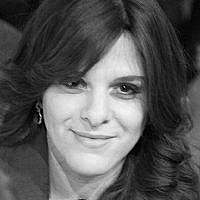 The Blogs
Chana Perman
Apply for a Blog
Advertisement
Please note that the posts on The Blogs are contributed by third parties. The opinions, facts and any media content in them are presented solely by the authors, and neither The Times of Israel nor its partners assume any responsibility for them. Please contact us in case of abuse. In case of abuse,
Report this post.

To my mind, there are two kinds of people: Those who are Holocaust survivors and those who aren’t

To my mind, there are two kinds of survivors: The ones who never talk about it,
and the ones who cannot stop.

There are also those who at first did not speak, and then, finally did.

And perhaps those who initially spoke and then decided, for any or no reason, to stop.

But—
There is really only one kind of Child of Survivor:
The one who defeats Hitler every day, by way of his very existence.

About the Author
Chana holds an M.S. in Special Education. Her innovative poems, essays and lectures reflect two and a half decades of experience working with students of all ages and abilities. Chana's writing has been published on Chabad.org, meaningfullife.com as well as in The Canadian Jewish News, The Jewish Press, and AMI. As a longtime volunteer with the Friendship Circle, Chana was recognised by the Ontario Legislature for “bringing a smile to the faces of children with special needs.” Although Chana 's "heart is in the east" she currently lives with her with her family in Toronto.
Comments