While the international community is fixated on Iran’s nuclear program, China has been steadily expanding its political, economic and strategic ties with Syria. Since Syrian President Bashar al-Assad visited China in 2004 on the heels of the 2003 U.S. intervention in Iraq, there have been increased economic cooperation and more recently, a flurry of high-level exchanges on political and strategic issues including counterterrorism, reconstruction and the Belt and Road Initiatives (BRI).

The Middle East was an important bridge between Asia and Europe along the ancient Silk Road and since 1991, China has been rebuilding the Silk Road, now named the BRI, through the construction of a network of highways, pipelines, and rail lines from China to re-link the countries of Central and West Asia with Europe along this historic corridor.

Syria is part and parcel of China’s broader Middle East strategy, which Jin Liangxiang, research fellow at Shanghai Institute for International Studies, argued is going through a new activism and that “the age of Chinese passivity in the Middle East is over”.

Indeed, since the 2003 U.S. intervention in Iraq, China has become more active in prosecuting a “counter-encirclement strategy” against perceived U.S. hegemony in the Middle East. Then Chinese Foreign Minister Qian Qichen blasted U.S. foreign policy in a China Daily article that the United States has “put forward its ‘Big Middle East’ reform program … the U.S. case in Iraq has caused the Muslim world and Arab countries to believe that the super power already regards them as targets of its ambitious ‘democratic reform program’.

Beijing fears that Washington’s Middle East strategy entails advancing the encirclement of China and creating a norm of regime change against undemocratic states, which implicitly challenges the Chinese Communist Party’s (CCP) legitimacy at home. To counter that, China has increased economic and diplomatic ties with countries in the region, worked to establish a China-GCC free trade zone, established Sino-Arab Cooperation Forum, and overall increased its footprint in the region. Jin Liangxiang declared that “if U.S. strategic calculations in the Middle East do not take Chinese interests into account, then they will not reflect reality”.

Other than its geostrategic location as a terminus node on the ancient Silk Road there are many other reasons for China’s interest in Syria.

First, China does not want Syria to become a failed state and provide a safe haven for Chinese Uyghur militants from which to attack and destabilize Xinjiang, China’s western-most Muslim province and bridgehead of the BRI. Second, unlike U.S. that is now an energy exporter, China still imports energy from the Middle East and needs regional stability in order to secure its supply line.

Third, Syria can serve as China’s gateway for European market access in the face of increasing protectionist pressures from larger countries such as France, Germany and Great Britain within the EU. As such, China has launched a strategy of investing in small countries and territories poised to join the EU in the Balkans or the Levant that forms the Mediterranean Union, which was initiated by the 1995 Barcelona Process to create a free trade zone between EU and countries in North Africa and the Middle East along the Mediterranean Coast.

For example, then Chinese Vice-President Xi Jinping in October 2009 called on larger Balkan countries that were already EU members, such as Hungary, Bulgaria and Romania, to serve as links to smaller Balkan countries that have yet to join the EU (See “Xi’s European Tour: China’s Central-Eastern European Strategy Reaches for New Heights,” China Brief, October 7, 2009). Syria is close to the EU and Mediterranean, but has yet to sign an agreement with the Mediterranean Union.

Currently there are cracks within the EU regarding reconstruction aid to Syria with some countries wanting to reestablish ties with Damascus.  As China is playing the long game, when there is an eventual resolution on Syria and Damascus signs an Association Agreement, China’s investment in Syria would be poised to gain a beachhead into the EU market via the Mediterranean Union.

While China is moving west via the BRI, Damascus is concurrently moving eastward.  Since 2009, Bashar al-Assad has been promoting a “Four Seas Strategy” to turn Damascus into a trade hub among the Black Sea, Mediterranean Sea, Persian Gulf/Arabian Sea and the Caspian Sea.

Aligning Syria with countries that lie on these shores—Turkey, Iran, and Azerbaijan—Assad peddled this idea in May 2009 with Turkey, stating that “Once the economic space between Syria, Turkey, Iraq and Iran become integrated, we would link the Mediterranean, Caspian, Black Sea, and the [Persian] Gulf … we aren’t just important in the Middle East…Once we link these four seas, we become the compulsory intersection of the whole world in investment, transport and more.”

However, with the current fallout between Ankara and Damascus, Syria has looked to the Red Sea with Egypt to replace the Black Sea, forming what is emerging as a new security arc in the Middle East to counter terrorism. 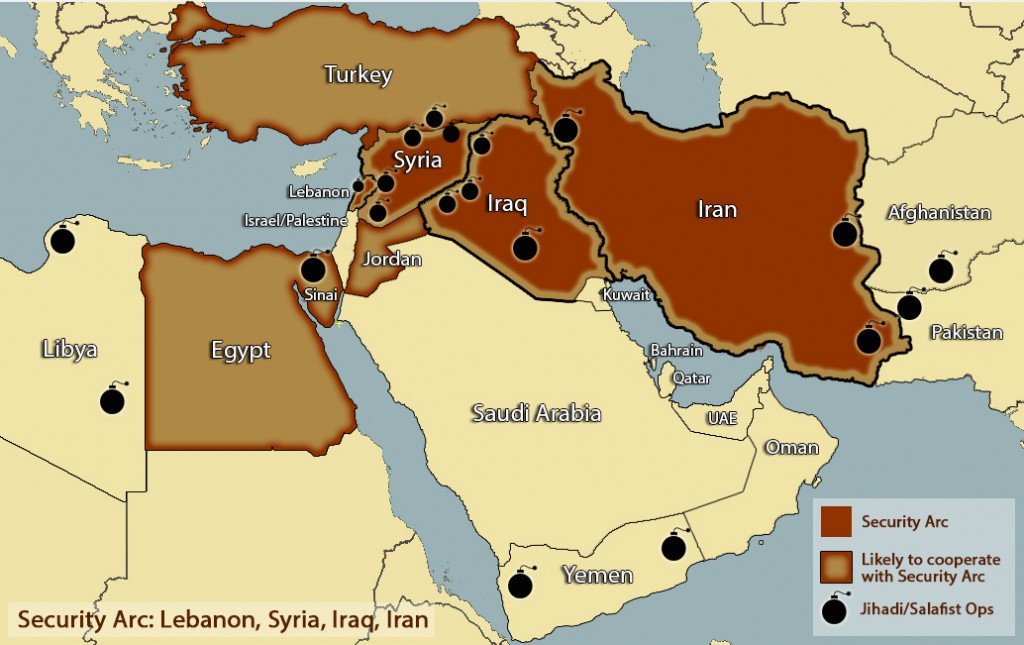 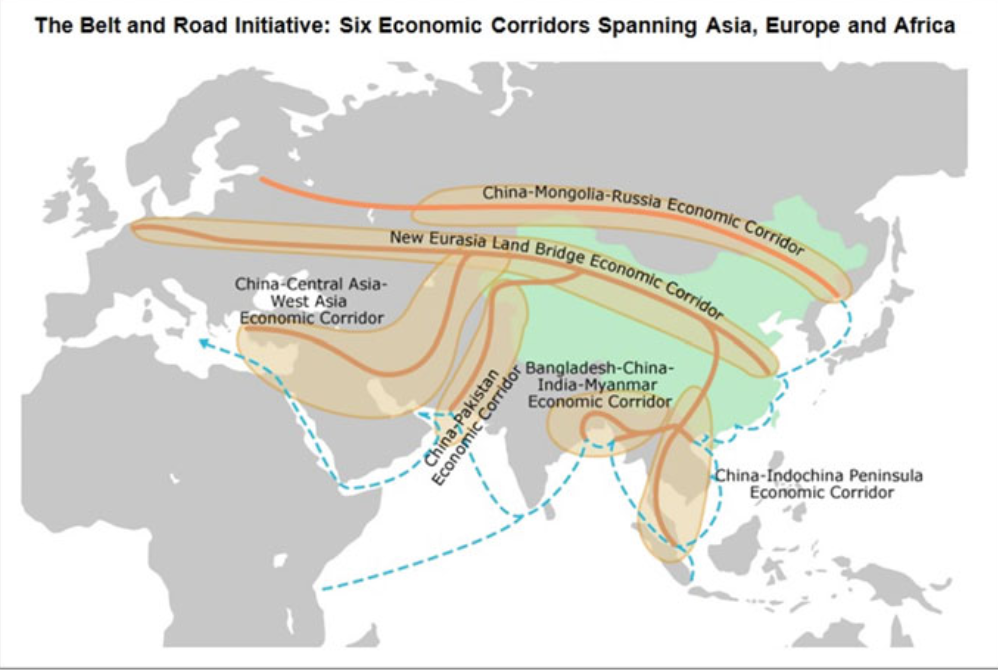 Assad had described Syria’s nexus in the Four Seas as “a single, larger perimeter…we’re talking about the center of the world”, and how Syria can thus act as a means of access for EU countries to markets in the Arab world and western Asian countries.

Now as Syria and Lebanon are rejected by the West and starting to look east towards China and the new security arc while Beijing is pivoting west on the BRI, it seems there may be a new “great game” once again in the greater Middle East.