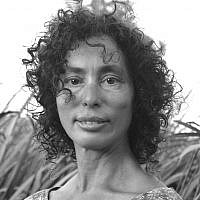 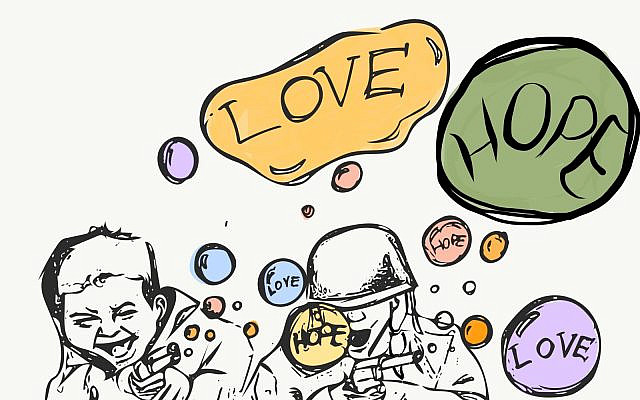 After reading about the horrific murder of George Floyd, and watching from afar what unfolded as a result, I felt at a loss for words. The phrase “And Aaron was silent,” from the biblical scene of Aaron’s reaction to his sons’ death, is what kept running through my head and heart. A dual American-Israeli citizen living in Israel, I felt paralyzed and at a remove because of the distance and magnitude of it all. And so, I silently wrung my hands, watched, waited, worried and wept.

Then, just days after Floyd was murdered by a police officer, Eyad Al-Halaq, an innocent Palestinian East Jerusalem resident with autism, was shot several times in the chest by a police officer who mistakenly thought he was carrying a weapon. When the officer called out to him to stop, he did not understand, but his escort from a center for people with special needs says she did shout to the officer repeatedly that Eyad was mentally challenged; nevertheless, it seems, the officer shot to kill.

These cases are not identical, but Al-Halaq’s death reminded me that we here in Israel have our own fair share of police brutality towards minority and oppressed populations. Just last year, 18-year-old Ethiopian-Israeli Solomon Teka was shot to death by an off-duty police officer only twenty minutes from me, in Kiryat Haim. Teka was not armed. While the killing of Al-Halaq did not lead to mass rioting and protest (although the videotape of the shooting of Al-Halaq has yet to be released), the killing of Teka did.

I wonder what will be the incident to set Palestinian-Israelis off as well, especially with revolution and uprising now in the air.

I have heard from many Palestinian-Israeli friends that their patience struggling to be treated in Israel with dignity and true equality is wearing thin — after the passing of the Nationality Law and Gantz’s refusal to take the United Arab List seriously as a coalition partner for a center-left government, despite its 15 mandates. And now, with Netanyahu pushing for his plan to unilaterally annex parts of the West Bank, any trust Palestinian citizens of Israel may have had in our government to work for a fair and just peaceful solution to the Palestinian/Israeli conflict, will likely be lost.

The combination of all of these events left me feeling more depressed and distraught, and still at a loss for words. I had scheduled an on-line video session with a spiritual counseling client in the U.S. and was searching for a reading to open the session. But everything I found felt too contrite, simplistic and dogmatic to hold what was happening in the world.

I scanned my book shelves, and my eyes fell upon the memoir, I Shall Not Hate, by Dr. Izzeldin Abuelaish, whose three daughters and niece were killed when his house in Gaza was shelled by the IDF (only a month after his wife had died from cancer, leaving him single parenting eight children). His reaction to their deaths has been humanitarian work as a doctor and activist, coupled with a personal call for peace and dialogue instead of violence and conflict.

I flipped through the book, thinking: If someone has some wisdom for these times, he does. I came upon a photo of Abuelaish at the cemetery burying his three daughters. The caption reads: “There is no caption that can express a father’s loss”. Again, silence in the face of a shocking, unbearable reality. But I was looking for words.

I looked on Facebook for a reading and instead came upon a video of someone driving through midtown Manhattan, filming the storefronts boarded up after the rioting and looting there. My feelings were mixed.

I don’t condone violence and stealing, but I can understand the rage of people who might pass Saks Fifth Avenue or Tiffany’s day after day while struggling just to feed their children. It is a constant visual reminder of the historic and current systematic oppression and inequity from which they suffer.

But I think of my Palestinian-Israeli friend, Kamel Barghouti, who lives in Nazareth right near the moshav and national park of Tzipori, built over the ruins of Sephorria, the village from which his family was expelled in 1948 and never allowed to return. When he finally gathered the emotional strength to visit the national park — which is only minutes from his home — he saw he had to purchase a ticket to get in. This was too much; he refused and went home. Since then, he has done a huge amount of inner work (Buddhist meditation, therapy, sharing circles) to be able to visit that national park and maintain his spiritual center while peacefully fighting for equality and justice for Palestinian Israelis.

I am reading now the novel Apeirogon, by Colum McCann — his rendition of the true story of Palestinian Bassam Aramin and Israeli Rami Elhanan. The two men became brother-like-friends after their daughters were killed in the Palestinian-Israeli conflict, and they dedicated their lives to reacting to hate with love, conflict with friendship, separation with connection. Together, they travel the world spreading a message of healing through sharing their trauma and moving past it together.

Their story is beyond inspiring. It is both heartbreaking and breathtaking. While we cannot expect everyone to meet pain with hope, nor blame those who react in vengeful ways, it is uplifting to know there are real live people who are able to rise above their anger and turn it into love, while not relenting in their work to change the world.

I scrolled down to another post and saw images of police officers across the U.S. kneeling in front of Black Lives Matter demonstrators. And then a video of a collective apology ceremony on a Houston basketball court. Yes! Postures and ceremonies like those are a step in the direction of the kind of deep healing that needs to be done both in the U.S. and in Israel, with leaders the likes of Aranim, Barghouti, Elhanan and Abulaish leading the way. Perhaps their message — a universal one, really, despite the different nuances between here and there — can be of help to my U.S. brothers and sisters now.

Despite the distance and the differences between our history and present in Israel and the U.S., we all have so much healing work to do, so much hatred, prejudice and violence to obliterate. Rather than sit in despair and silence, I can do my part to work towards reconciliation here in the Holy Land and “reclaim large areas of peace in myself, more and more peace, and to reflect it to others,” as Etty Hillesum, who was murdered at age 29 in Auschwitz, writes in her diary. For, as she adds: “The more peace there is in us, the more peace there will also be in our troubled world.”

When I met with my client, I read aloud the biblical verse about Aaron’s silence, showed her the photo with no caption from Abuelaish’s book, and we sat in silence for a few moments. Sometimes words do just get in the way. But then I surprised myself and felt moved to read the dedication from the opening of Abuelaish’s book: “To the memory of my wife Nadia, my daughters Bessan, Mayar, and Aya, and my niece Noor. To the children everywhere. Their only weapons are love and hope…”

I have found my words again: Love and Hope. Energies we need on both sides of the ocean.

Postscript: Shortly after writing this blog post, I heard about the death last month of Ilana Abramson, an extraordinary woman who lived in New York and dedicated her life to working with people with special needs. Her mother has set up a way to donate money in her memory to an organization in Israel dedicated to promoting the quality of life for people with disabilities both in Israel and internationally. The organization works with a wide global professional network, including the United Nations, to expand services available to those with disabilities and their families. You can learn more about the organization at https://en.beitissie.org.il. I made my donation in Ilana’s memory and in the memory of Eyad Al-Halaq. You can, too, through this website:  https://en.beitissie.org.il/donate/.

About the Author
Rabbi Dr. Haviva Ner-David is a rabbi and writer. She is the rabbinic founder of Shmaya: A Mikveh for Mind, Body, and Soul, the only mikveh in Israel open to all to immerse as they choose. She is the author of two spiritual journey memoirs: Chanah's Voice: A Rabbi Wrestles with Gender, Commandment, and the Women's Rituals of Baking, Bathing, and Brightening, and Life on the Fringes: A Feminist Journey Towards Traditional Rabbinic Ordination, which was a runner up for the National Jewish Book Council Awards. Ordained as both a rabbi and an inter-faith minister, certified as a spiritual counselor (with a specialty in dream work), and with a doctorate on mikveh from Bar Ilan University, she offers mikveh guidance and spiritual counseling for individuals and couples, and mikveh workshops and talks for groups. She is currently working on a novel and a third spiritual memoir, and her latest book, Getting (and Staying) Married Jewishly: Preparing for your Life Together with Ancient and Modern Wisdom, is slated for publication in 2020. She lives on Kibbutz Hannaton with her husband and seven children.
Related Topics
Related Posts
Comments