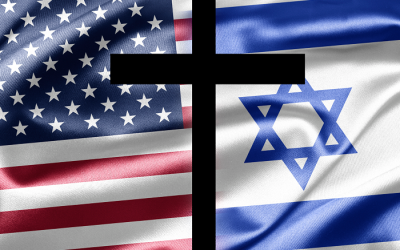 Will Evangelicals Ever Champion BDS?

Could the 70 million American Evangelicals with their 600+ followers worldwide endorse and promote the Boycott, Divestment, and Sanctions (BDS) movement to rein in Israel? Yes! But first, they must snap out of their trance idolizing Israel. Modern Israel rejects the prophetic ideals of Judaism. The fullness of Christianity reflects the prophetic ideals.

Christianity comes from the prophetic ideals of Judaism. Pure Judaism defines Zionism as a path for God’s people toward becoming a light among nations. ‘Zionism,’ a most sacred term in Judaism and Christianity, conflicts with Modern Israel’s brand of ‘Zionism’

And true Zionism, “striving in the path of God, becoming a light among nations” is synonymous to true Jihad. The word ‘Jihad’ frequently appears in the Qur’an with and without military connotations, idiomatically articulated as “striving in the path of God (al-jihad fi sabil Allah).” Jihad, Arabic: جهاد‎‎ jihād, an expression of hope, literally means striving or struggling, especially with a praiseworthy aim. The word ‘Zion’ is just as sacred as the word ‘Jihad’ with strikingly similar meanings and connotations. Zion and Jihad are but two words that connect Jews, Christians, and Muslims in our Abrahamic Faiths.

My recently published theo-geopolitical eyeopener, ‘Christian Zionism … Enraptured Around a Golden Calf’ pits the Holy Trinity of Israeli ultra-nationalism – One People, One Land, One God – against the Holy Trinity of Christianity – ALL people, ALL nations, One God. Christianity ‘in-gathers’ and redeems ALL people, not just one tribe; ALL the nations, not just one state; indeed, glorifying the ONE ‘I Am’ with Many Names – in Hebrew: Hayah asher hayah, ‘I Will Be Who or How or Where I Will Be’ or just Eloah; or, in the Arabic sound-alike, Allah.

Christians believe the Promised Land is the Spiritual Kingdom of God, referred to in the Sacred Texts as ‘Zion’, the ‘New Jerusalem,’ the ‘City of God,’ a Land without borders for all people, all nations, one God.  According to fundamental Christian doctrine, the Christian Bible, the New Testament 1) frees Modern Jews from their Jews-only, ancestry-ghetto-mentality; 2) renounces Modern Israel’s obsession for possession of a Land once promised and fulfilled; and, 3) refutes the Israeli edict: “What’s mine is mine, what’s yours is mine also” (Chapter 1, ‘A Divine Surprise’).

Chapter 2, ‘Still Wandering …’ reminisces how the prophetic ideals of Judaism have been hijacked by the ultra-nationalists, the Party of the Modern Pharisees. They tyrannize the silent majority with incessant fear and warmongering. Nothing is more anti-Semitic than Heathen Zionism. Heathen Zionists have bastardized a most beautiful, God-given word to veil their crimes and ingratiate themselves on the world stage, to justify their atrocities against a defenseless people under the banner of Holy Goodness. It is worse than FAKE, it is FALSE. They have grimly misrepresented and gravely misconstrued true Zionism as depicted in the Sacred Texts. Heathen Zionism has been a rupture and a rebellion against Judaism. When it has emerged in the late 19th century, most religious Jews have rejected this false doctrine (Chapter 4, ‘If You Grab Too Much, You’ve Grabbed Nothing at All’).

Chapter 3, ‘A Shared Identity’ reveals that many indigenous Palestinians are more genetically related to the Ancient Israelites than most Jews who have wandered into the region, especially after World War II. Many Palestinians have a physical link to the Land. Most Jews, like many Christians and Muslims, have a spiritual link to the Land. Only some Jews, as some Christians and Muslims, are heritably connected by blood to the Ancient Israelites. Chapter 4, ‘If You Grab Too Much, You’ve Grabbed Nothing at All’ is an even bigger bombshell than Chapter 3.

‘Christian Zionism … Enraptured Around a Golden Calf’ is about freedom from bondage, freedom of movement. It is especially about honoring the other, dignifying our respective differences. If you dignify the other, you dignify God. We are all created in His image.

‘Christian Zionism … Enraptured Around a Golden Calf’ predicts that Evangelical Christians will rebuke the far-right, ultra-nationalist Party of the Pharisees. It is a question of when not if.

Right now, they are still the power behind Netanyahu’s throne. Sooner than later Evangelicals, a sleeping giant will wake up.

The moment Evangelical Christians choose BDS over Israeli ultra-nationalism, a new Israel, a new Palestine, a true Democracy will come out of the ashes … and the desert will turn into orchards of peace soothed with healing oils of God’s mercy, compassion, and grace.

By Abraham A. van Kempen

Order directly from the publisher:  https://fp.fastpencil.com/products/8CJIAF1JS1M1

In a month or so, the book will be available wherever books are sold, i.e., AMAZON.