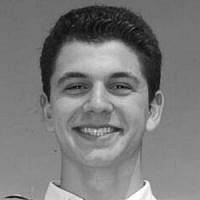 The Blogs
Ryan Greenspoon
Apply for a Blog
Advertisement
Please note that the posts on The Blogs are contributed by third parties. The opinions, facts and any media content in them are presented solely by the authors, and neither The Times of Israel nor its partners assume any responsibility for them. Please contact us in case of abuse. In case of abuse,
Report this post.

Since Prime Minister Binyamin Netanyahu’s controversially controversial speech at Congress, the U.S. bi-partisan politics traditional bridging point, Winston Churchill has been paid a great amount of homage. From Speaker of the House Rep. John Boehner’s (R. OH) post-Congress speech presentation of a Churchill bust to Netanyahu, to President Obama’s attempt at U.S.-Iranian detente strikingly resembling Neville Chamberlain’s (briefly) Nobel prize-nominated plan of German appeasement, Churchill has been the most welcomed political allusion in the already observable catastrophic Iran fiasco pending Congressional ratification, as he represents a link between a not-so-dated isolationist past and the P5+(many more’s) embracing of an isolationist present.

Just as Churchill was secluded in his protest of Chamberlain’s appeasement policy due to his prior British-led military failure at the ill-fated Gallipoli Campaign, Netanyahu is secluded in his anti-Iran deal outlook, as prime minister of a tiny nation which possesses a 3/4 disapproval rating of the deal. Netanyahu’s outspoken opposition to the Iran deal is a brave stand at countering the high hopes of a legacy-obsessed Obama administration, which will undeniably condense diplomatic relations between the U.S. and Israel for the next sixteen months at the very least.

To further this allusion, if Netanyahu were to illogically comply with the U.S.’ aspirations of an Iran deal that would have to take the form of the Messiah itself to have a positive outcome, he himself would be an appeaser to the very administration ruthlessly and unorthodoxly promoting appeasement. Churchill once wisely remarked “an appeaser is one who feeds a crocodile, hoping it will eat him last”. For Israel, a State that has always valued its existential well being first, “hoping it will [be ate] last” and latching on to the Iran accord would be contradictory to its most central political reason d’etre – its security. Israeli support and promotion of the JCPOA would be equivalent to hopping on to a bandwagon for a life insurance plan that only serves to jeopardize one’s own life.

While there are a plethora of comparisons I could have picked out of the grab bag of our pre-WWII past, one comparison struck me the most – that of Churchill’s intelligent and universally relevant words praising the vitality of criticism. Churchill believed “Criticism may not be agreeable, but it is necessary. It fulfills the same function as pain in the human body. It calls attention to an unhealthy state of things”.

For a nation like Israel to be discouraged from criticizing the very deal that it was excluded from despite the fact that it is undoubtedly most threatened by its application is absurd. But for a President whose foreign policy has proven to be synonymous with absurdity, Israel’s existential-based criticism of the deal is responded to by it wrongfully being singled out as the only nation to oppose the deal (Israel and Canada may be the only two countries to display their “public” opposition to the deal while many nations like the Gulf States oppose the deal behind closed doors) and blame for the potential failure of the Iran deal’s ratification has premeditatedly been attributed to Israel alone. Such harsh isolation of Israel by the Obama administration is bound to increase anti-Israel sentiment in the U.S. and in the global community. Also while polls identify that nearly six in ten Americans are against the Iran deal, and over half of Congress will almost certainly vote against the deal, the Obama administration believes the GOP has common cause with the Mullahs. The administration resorts to hostile analogies comparing American critics of the deal to hard liners in an anti-Western, anti-Semitic regime, which ironically has arrested and refuses to release Washington Post reporter Jason Rezaian for unspecified charges likely centered around journalistic criticisms of Iran.

The Iran deal signifies a drastic shift in the values Western society holds dear. In a society where freedom of expression and criticism must be welcomed with open arms, the nation traditionally known to be the foremost promoter of Western principles is ironically being out-Westernized by a water droplet-sized nation caught in the thunderstorm of the Middle East. Even as Israel’s criticisms may not be “agreeable”, the U.S.’ absolute refusal to welcome or even tolerate Israeli criticism will come at the cost of it being desensitized to the very pain that protects the U.S. anatomy, denting the American immune system for years to come.