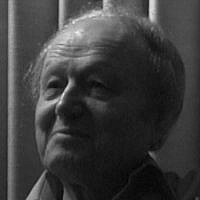 A century ago, Winston Churchill circumvented the Balfour Declaration that aimed to give both sides of the Jordan River to create a Jewish state. In 1921, he suddenly gave the east side of the Jordan to a small Muslim tribe, the Hashemites, and thus created Transjordan.

That was only part of the systematic anti-Jewish policies that the British propagated throughout their Mandate that was aimed to create a Jewish state. It is much worse. And much deeper.

Before Hitler, before the Holocaust, the creation of Transjordan in 1921 dictated that: NO JEWS COULD LIVE IN TRANSJORDAN. Jordan is Judenrein!  (Free of Jews)

So, that powerful anti-Jewish policy took over and spread across the Arab world. Jews must not be in the Middle East. All the Middle East must be Judenrein!

And the Arabs tried to achieve it in several massive wars: in 1948, 1967 and 1973. And the Palestinians continued it by terrorism, Hamas/Gaza rocket attacks, and rejecting any attempt to achieve peace.

The Israelis are not wiser. Prime Minister Sharon imposed this same Judenrein laws when Israel left Gaza in 2005. Giving the Arabs control of Gaza should not have included the removal of Jews from that area. And that wrong thinking: Palestinian areas must be free of Jews, spread from Gaza to the West Bank with the belief: “The settlements are the main hindrance to peace.”

The “settlements” are communities of Jews not different from the many Arab villages and cities across Israel. But, on one side of the border Muslim can live safely among the Jewish majority, and on the other side, Jews should not be allowed to live in a future Palestinian state?

On what basis can twenty percent of the Israeli population be Arab, while Jews are not acceptable now, and would not be allowed in the “territories” as part of a possible Palestinian State.

What is the rational to the claim that Jewish “Settlements” are impediment to peace?

According to the US Administration, the Palestinians, and their European supporters, Jews should NOT live in the future Palestine state.

Why can Muslims live in Israel, but Jews cannot live in a future “Palestine?”

Why the “settlements” are hindrance to a potential peace?

About the Author
Dr. Matania Ginosar was born and raised in Israel to a family that has lived in Israel for more than 200 years. At age 15, he joined the Lechi underground to liberate Israel and was arrested by the British. He is a founding member of a kibbutz near the Gaza border. Dr. Ginosar has a B.S. & M.S. in Electrical Engineering. He was a Teaching Assistant MIT. M.S. management as well as Doctorate in Environmental Science from UCLA. Twenty yr. in Electronic Engineering for US Dept. of Defense. Manager Solar office and Wind- Energy program for State of California, Directed the pioneered wind energy in Calif, first in the world. Directed political activists against nuclear weapons' buildup Pro bono for 9 yrs. Blogging on Israeli issues for over 15 yrs. writer, teacher of Judaism. Books published in English, on Amazon: Israel Freedom Fighter, Essays on Israel Struggle for peace, A Dynamic Life at the birth of Israel, Ready for release- Time is Running out- The danger of Climate Change. 45 minutes, YouTube presentation: How to Influence Congress To Reverse The Nuclear Arms Race, Youtube presentations on my Lechi activities, plus Israel quest for peace
Comments