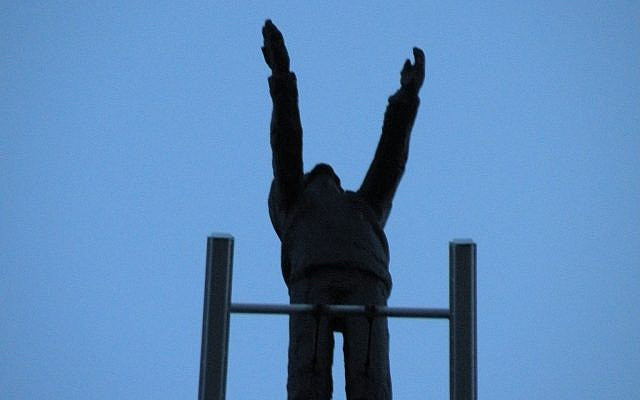 "How To Meet An Angel" A Statue in Amsterdam

Last year was a pretty tough year for me.

I loved my job in Princeton. I loved being the rabbi at an exciting, vibrant community. I loved living in a beautiful old house on a cul-de-sac and I loved being so close to my family. 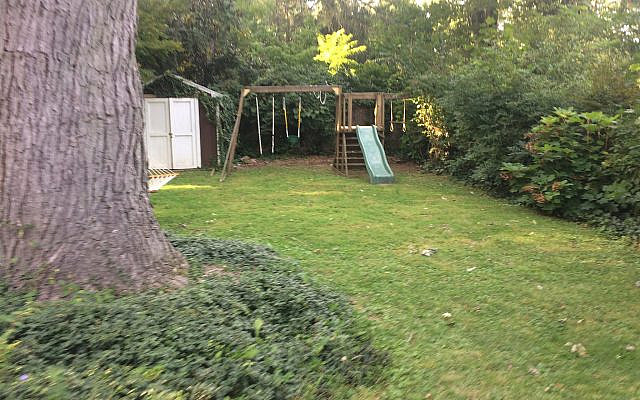 Our backyard in Princeton. (Courtesy)

And yet, I was scared. Actually, I was terrified.

I knew that my family was moving to Senegal for one year so my wife could conduct her PhD research. I knew that I was giving this all up and I had no clue what I was going to do for the year. The odd thing is that I barely shared my concerns with anyone.

And when I told a few friends and family members, I felt that I needed to present it to them in a positive light, while reassuring them, and myself, that everything would be okay, even if I was uncertain about that it would be.

In an age when trying to be in touch with friends frequently means looking at perfectly curated and carefully edited pictures on Facebook and Instagram, it feels strange, even perhaps wrong, to admit to having doubts.

Why was I so reticent to tell people how I felt? Because it is scary to admit to yourself and to others that you have doubts, insecurities and fears. It is hard to be vulnerable with other people, even people that you trust and love.

Ironically, failure has also become celebrated in recent years, but seemingly only in the sense of ‘failing up,’ like when the CEO of WeWork was given a $1 Billion severance package. Unless you fail gloriously, people don’t seem interested in hearing that you are having a hard time.

But sometimes you have no other choice but to be vulnerable. Sometimes the truth is just so obvious that you cannot deny it. In these circumstances you just have to acknowledge that you have doubts and fears. That is how I felt last year, and that is also the case with Jacob in this week’s parsha.

Jacob was forced to flee from home after stealing the blessing from his twin brother Esau, which leads to Esau’s attempt to murder him. Jacob escapes as a refugee, with no money, support or anyone to rely upon. He is alone, leaving home for the first time and running for his life. There is no denying that he is having a hard time. It is also not so hard to imagine that he had a few doubts in his mind.

Jacob’s mother Rebecca had assured him that God would bless him and that everything would work out, but at this point it must have seemed like nothing is working out. We learn that Jacob’s doubt runs deep. He falls asleep and has his famous dream of angels ascending and descending a ladder. God miraculously appears to him in the midst of his dream and promises him that He will protect him and return Jacob back to the land of Canaan. And then Jacob does something truly baffling. He second guesses God. 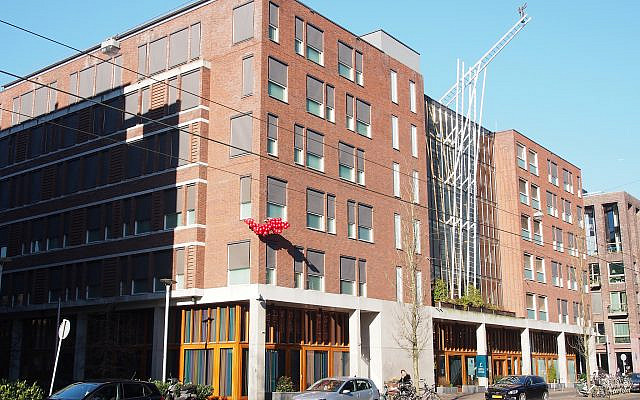 “How to Meet an Angel” By Ilja Kabakov and Emilia Kabakov. Amsterdam 2009. A statue I once came across in Amsterdam outside of a mental health building. Source: Wikipedia

Instead of saying thank you and resting assured that everything will be okay, he makes a deal with God and says, “If God remains with me, if He protects me on this journey that I am making, and gives me bread to eat and clothing to wear, and if I return safe to my father’s house — then the LORD shall be my God.  And this stone, which I have set up as a pillar, shall be God’s abode; and of all that You give me, I will set aside a tithe for You.” (Genesis 28: 20-22).

While some commentators try to minimize the audacity of his statement, Jacob’s vow is clear: If God provides for him, he will continue to worship God, but if (presumably) things do not work out, then his relationship with God may end.

Can you imagine? Jacob! One of the pillars of our faith, not just doubting God, but having the audacity to seemingly condition his belief and worship of God on a series of demands.

I think that there is a lot to learn from this episode. First of all, perhaps it is sometimes okay to have a little chutzpah in our relationship with God. What does that mean? Part of what that means is that it is okay for us to acknowledge that we have doubts.

It is okay to feel like things are not working out, and it is okay to be scared for the future. And, moreover, it is okay to admit it to ourselves, to our friends, and even to God. The fascinating part of this story is that Jacob expresses his doubts directly to God. He doesn’t hide behind a fig leaf like Adam and Eve, or escape to the bottom of a ship like Jonah. Rather, Jacob tells God exactly what he is thinking.

By taking this vow, Jacob paradoxically turns his doubts in God in to a conversation with God. By acknowledging his doubts and insecurities he is actually uses them as an opportunity for a new connection, for new religious and spiritual growth.

This spiritual lesson is exemplified in the Baal Shem Tov’s (the founder of Hassidic Judaism in the 18th Century Poland) interpretation of the angels ascending and descending the ladder in Jacob’s dream. He taught that the constant movement of the angels in the dream represent how human life is never static. We are always moving. Sometimes up. Sometimes down. The story of the ladder teaches us that it is possible be in relationship with God no matter where we are.

Close up of “How To Meet an Angel” When I saw it I was immediately reminded of Jacob.

When things are looking up, it is easy to feel spiritual or to want to connect with other people. At these moments we want to post a picture on Facebook and to brag about how good things are. It is harder to make these connections, with our friends and with the religious parts of our lives, when we are going down the ladder, and it is not clear when we will hit the bottom. But even when we hit the bottom – like Jacob when he was running for his life and was full of doubts and misgivings – there is still an opportunity for connection and growth, religiously, spiritually and with the people around us.

WATCH: Trump formally unveils US peace plan, with Netanyahu by his side
TOI staff