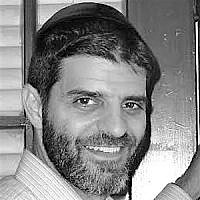 The Blogs
Henry Harris
Apply for a Blog
Please note that the posts on The Blogs are contributed by third parties. The opinions, facts and any media content in them are presented solely by the authors, and neither The Times of Israel nor its partners assume any responsibility for them. Please contact us in case of abuse. In case of abuse,
Report this post.

The marriage had reached a breaking point.  He had no idea how to make her happy without being consumed by her needs.  Fearing his leaving, she sought to control and hold on more firmly.  In quieter moments, he knew she wanted to do good; she saw he was deeply devoted.   The noise of personal upset only grew louder.

Mt. Sinai has something to teach us about reclaiming quiet wisdom from amidst the noise.

God tells Moshe to create boundaries around the mountain and to warn the people not to ascend during the revelation – not once, not twice, but three separate times.  Why is this so important?

Rabbi Samson Raphael Hirsch says that essential to receiving the gift of God’s thinking is knowing that it’s different than mine.   Without that distinction, we could literally saunter through a revelation experience and not notice it.

How does this work?

God is providing us with an unceasing flow of thought.  Much the way our heart pumps independent of our control and awareness, our mind flows with the gift of thought moment to moment to moment.  Much like our heart pumps both oxygenated, nutritious blood as well as toxic, waste-filled blood, our minds flow with both quiet, expansive thought as well as personal, self-centered thought.  It’s not a problem for the body to have both types of blood – unless they get mixed.  So, too, it’s not a problem to have both types of thought.

Back to our couple.

The husband began to learn how he experienced his wife from different modes of thought – independent of his or her actions.  The strong resentment, judgment, and despair he felt had more to do with how God designed people than his wife’s actions.  He could even see how his reactions to her varied even when her actions hadn’t.  Like all humans, his mind flowed at times with unsettled thinking.

And the upset feelings, when he had them, didn’t contradict the tenderness he recalled, his appreciation for her struggles and desire to find a way forward.  Those nicer feelings were real, worthy of respect, a blessing from God.  He began to see the role of personal thinking in contrast to the gift of quiet wisdom.  His ability to distinguish between the two allowed him to become less troubled by the harsh feelings and more grateful for the nicer ones.

This is the message of the barrier.  Stay off the mountain, God tells the people, lest you lose sight of the fact that there’s a difference between your thought and Mine.  In the midst of your non-stop busy life you can receive the gift of My wisdom.

In truth, Mt. Sinai tells us that the gift of revelation is ongoing.  As we gain respect for the distinction between personal and divine thought, we will find ourselves less reactive to, more humbled by our own upset, and less complacent, more blessed by the gift of quiet wisdom.

Rabbi Henry Harris has served as consultant and coach to CEOs and Wall Street Managing Directors as well as teens, moms and dads.  He is Director of the Jewish Center for Wellbeing.  For info about his teachings visit www.jewishcenterforwellbeing.com.

About the Author
Rabbi Henry Harris has served as consultant and performance coach to Fortune 500 CEOs and Wall Street Managing Directors as well as teens, moms and dads. He is Director of www.jewishwellbeing.org, where he offers programs and coaching that promote successful living through a discovery of one's own wisdom and wellbeing. Henry received his rabbinic degree from the Chief Rabbinate of Israel. He feels fortunate that his wife and seven children enjoy his company most of the time.
Related Topics
Related Posts
Comments