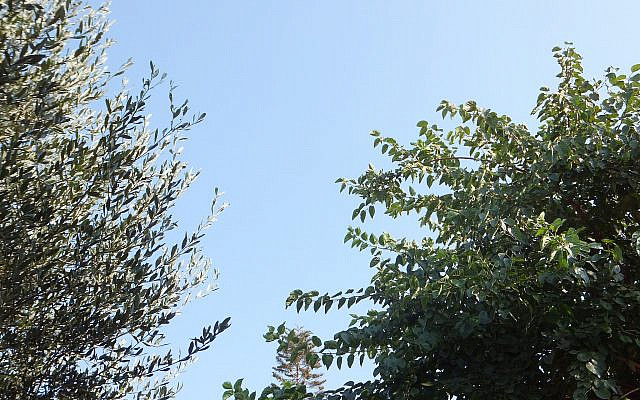 Where is a cloud when you need one! (Photo by the author)

I must write this blog quickly before time clouds my judgement.

Here in Israel, we are told that the Transportation Ministry is moving to the cloud in an attempt to reduce traffic congestion and pollution.

More and more companies are leaving the physical world, a world you can touch with your hands and feet, and moving to the Cloud. They claim that we will all benefit from advanced, flexible, and secure cloud infrastructure, whatever that might be.

When I was young, admittedly a long time ago, we had cloudy skies and the occasional cloudy mood. A badly poured beer at the local pub could be called a cloudy liquid and that was about it.

A few taps on my keyboard bring up a most appropriate definition for cloudy – obscure in meaning.

So where is this Cloud that so many companies choose to call home?

Of course, the cloud is a useful concept. Stopped by a traffic policeman for speeding, no problem, officer, just send the fine to the cloud. An extra-large bill at the supermarket check-out. No problem, send it to the cloud. As the ancient Greeks said, Ουδέν κακόν αμιγές καλού – Nothing bad is without something good.

Another ancient, Marcus Aurelius, a Roman Emperor (121-180 CE) had the right idea:
If it’s not right, don’t do it; if it’s not true, don’t say it.
Good advice for blog writers.

Another pioneer lost in the mists of time was Luke Howard an amateur meteorologist. At the time, meteorologists thought each cloud was unique and could not be classified. Howard, after years of observations, came up with the Latin-based descriptions that are still in use today – cumulus, Latin for ‘heap’; stratus, Latin for ‘layer’, and cirrus, Latin for ‘curl of hair’.

Sometimes, clouds bring more than just a shadow. Sometimes they unleash their burden of rain. Jule Styne, an English-American songwriter, wrote for the 1964 musical Funny Girl – “Don’t Rain on My Parade”.

I hope that it will not rain on my Blog.