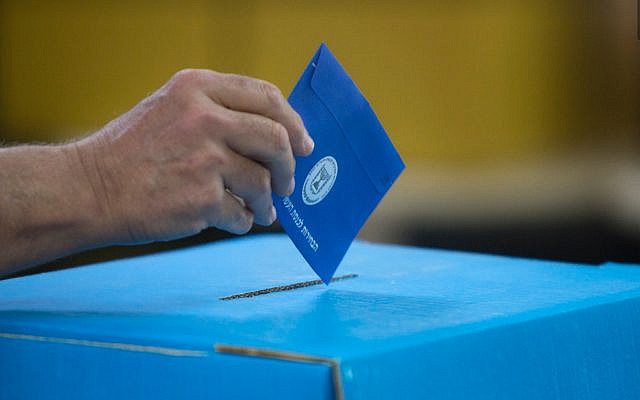 Fake headlines add to the tension

Rumors were rife that Binyamin Netanyahu had offered a Prime Minister rotation deal to Benny Gantz, Gideon Sa’ar and even Naftali Bennett, in order to finally break through the political impasse that has destabilized the Israeli political infrastructure for the past two years.

Recent headlines even prompted Yair Lapid of Yesh Atid to say, “The only person who he has not offered a Prime Minister rotation-deal is with me,” as if it was staged.

But this commentator finds it extremely difficult to accept these press reports are genuine, accurate or authentic. The anti-Bibi bloc which includes most of the media, is certainly increasing the pressure on the Prime Minister, with a strong warning, that “the end is near.”

But too many points about these so-called “whispers” and “unnamed sources” simply don’t add up. Why would Netanyahu give the Prime Ministership to Sa’ar who only received 6 seats, when just last week, Bibi laughed at the thought of Bennett trying to secure the top post for himself with 7 seats. Cynics would say, because “Bibi will do anything to remain in office”.

It is true, Netanyahu does want to remain Prime Minister, just like Margaret Thatcher and Tony Blair desperately tried to do did in their day. But the difference in Israel is that there has just been a general election and the Likud, under the leadership of Netanyahu, won 13 more seats than his nearest rival.

One of the major fights in the current government between Likud and Blue and White has been over the Justice Ministry. Benny Gantz would and has done everything possible to hold on to that portfolio because he says Netanyahu will use it to help protect himself against his legal concerns. So Gantz is not going to give up on handing over that Ministry to Netanyahu after all this time.

There was even a report that said Netanyahu offered Areyeh Deri of Shas a Prime Minister rotation deal. But again, Deri is on the side of Netanyahu, so he wouldn’t need to offer Shas any such deal. Something doesn’t smell right here.

What we know for sure is that Likud members and MKs who are still friendly with Gideon Sa’ar have called and texted him, urging the New Hope party leader to name his price and join Netanyahu in a stable right-wing government.

But it seems that many of us underestimated Sa’ar’s true hatred for Netanyahu. Gideon Sa’ar would rather see his party fall under the 3.25% minimum threshold, if there is another election, rather than allow Netanyahu to remain as Prime Minister. He believes true political success is the ousting of Bibi even if it means that Sa’ar’s political career is finished. That’s how far the former Likud MK’s hatred goes against his former colleague.

With the exception of the very small Channel 20 News and the Yisrael Hayom newspaper, practically every other news desk in Israel has waged a vicious campaign against Netanyahu and would be delighted to see the back of him.

Whether any of the reports about Prime Ministerial offers to rivals are true or not, they certainly make good media, and give commentators something to talk about, whilst raising the pressure on Netanyahu.

Could it be five elections in 32 months?

In any case, Netanyahu’s mandate to form a coalition is about to come to an end and it’s quite likely that Israel will head towards its fifth election in October. If Netanyahu with his 59 mandates (Likud, Shas, UTJ, Religious Zionists and Yamina) is unable to form a coalition, it is highly unlikely any other candidate will reach 61 or more.

But Yair Lapid believes he will be given the opportunity to put together a stable, coherent, national and viable government next week – something that no leader has been able to accomplish since April 2015. We shall see.

Netanyahu ran into major difficulties, initially with the Religious Zionists, who insisted they would not allow a right-wing government to be formed with help from the Arab Ra’am party.

Then Yamina head Naftali Bennett, who followed the Mansour Abbas game, decided to also play each side, in order to give the impression that he too was not in the pocket of either camp.

In anticipation of another election, Netanyahu has attempted to discredit Naftali Bennett by reminding the public, he told Channel 20 News, Bennett would never attempt to become Prime Minister if he only received 10 seats.

But in fact, he received 7 seats and Bennett has confirmed he is now speaking with Yair Lapid about the formation of an alternative coalition, which would have to be a Left-Centre-Right-Arab bloc to reach 61. Netanyahu has also reminded his followers that Bennett said on Channel 20, he would not allow Lapid to become Prime Minister, as the majority of the country voted for the right bloc, but Lapid was left wing. However, this deal would be a rotation of the PM with Bennett’s going first and Lapid taking over.

Defenders of Yamina would say that Bennett’s priority was to be part of a right-wing religious government led by Netanyahu, but as he cannot form one, his next objection is to form a national unity government. Gill Hoffman reported that there were wide gaps between Bennett and Lapid on settlements and the legal system, something I wrote about last month.

We will likely discover next week which candidate the President has now appointed to “try” and form a government.