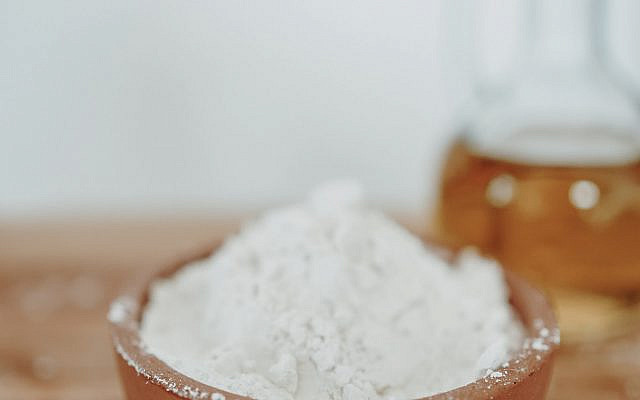 Photo by Jasmin Ne on Unsplash.

Of the 52 times that the word solet appears in the Bible, more than half of those are in the Book of Numbers, mostly clustered in Nasso and Pinchas. Whenever the Torah discusses meal-offerings, it always refers to the cereal grains used in those offerings as solet — except for when discussing the Omer offering (Lev. 23:10–11) and theSotah offering (Num. 5:15). In the latter case, instead of the word solet, the Torah uses the word kemach. This essay seeks to explore the difference between the terms solet and kemach in an attempt to better understand how they are not actual synonyms.

What the Omer and Sotah offerings have in common is that both are brought from barley, while all other meal-offerings are brought from wheat. Grounded in this fact, Rashi (to Lev. 2:1) and Rashbam (to Gen. 18:6) assert that the word solet always implies “wheat flour,” thus accounting for this word’s absence from the Omer and Sotah offerings, which are not brought of wheat. Nevertheless, Rabbi Shlomo Pappenheim (1740-1814) points out that the Bible (Ex. 29:2) once uses the term solet-chitim (“solet of wheat”), which implies that the word solet on its own does not necessarily imply a wheat product. Either way, when the Sotah offering is explicitly said to come from kemach, this implies a different type or grade of “flour” than solet does, as opposed to a different species of grain. But what exactly does kemach actually mean?

Donash Ibn Labrat (920-990) writes in one of his diatribes against Menachem Ibn Saruk (920-970) that one can look to Arabic to understand the meaning of words in Hebrew. He cites several examples where Arabic can be helpful for understanding the meanings of Hebrew words, one of which is the Hebrew word kemach, which appears fourteen times in the Bible. The ostensible Arabic cognate to the Hebrew kemach means “wheat.” However, an anonymous student of Menachem defends his teacher by noting that kemach in Arabic means “wheat” in general, while kemach in Hebrew specifically refers to wheat that has been ground (i.e. “flour”), but not all wheat. That said, Donash’s student Ibn Sheshet concedes that in the case of the Sotah’s meal-offering, where the Torah uses the phrase kemach-seorim (“kemach of barley”), the word kemach cannot possibly mean “wheat” like it does in Arabic.

Only SIX COPIES left of Rabbi Reuven Chaim Klein’s book on Amazon… Order your copy now, but you lost your chance…

The Mishna (Menachot 6:7) teaches that the sifting process to yield the finest solet for various meal-offerings involved sifting the flour multiple times (see Rashi to Menachot 76b). However, Rabbi Samson Raphael Hirsch (to Gen. 18:6) clarifies that the difference between kemach and solet is not in how fine or coarse the flour is per se. Rather, the core difference between kemach and solet is the same thing as the difference between “whole wheat flour” and “white flour.” White flour consists of only the endosperm of the wheat kernel, making sure that the bran and wheat germ are separated from the wheat berry. Thus, kemach refers to whole wheat flour, which includes the husks and fibers, while solet refers to flour made exclusively from the endosperm. Depending on how well it is ground up, kemach could mean “fine flour,” even if within its granules are such impurities as the husks/bran and other fibers (see Rashi to Ketuvot 112b). Like Rashi (to Sotah 14a) points out, “everything” is mixed into kemach.

Accordingly, solet refers to white flour, which is typically lighter and less coarse than kemach because it is free from heavier particles such as bran. Rabbi Yaakov Tzvi Mecklenburg (1785-1865) similarly writes that kemach denotes adulterated “flour” that includes all sorts of subpar materials, while solet refers to a purer “flour.” The latter type of flour was often sifted time and again, such that only the finest flour was left. Rashi (to Taanit 9b) explains that first the finer white flour would pass through the sifter, and only afterwards would the coarser whole-wheat flour pass through (see also Tosafot there). The Mishna (Avot 5:15) alludes to this process by saying,”A sifter filters out the kemach and keeps only the solet.”

Rashi (to Bava Metzia 87a) writes that solet is “better” than kemach. Similarly, the Talmud uses the expression “He doesn’t care about his kemach” (Yevamot 42b, Pesachim 84a, Sukkah 54a) to criticize a person who is not careful to speak precisely. As Rashi explains, such a person disregards the quality of his speech, as if he is grinding kemach (as opposed to solet). The Talmud (Kiddushin 69b) says that before Ezra left Babylonia for the Holy Land, he ensured that the Jews who remained in Babylonia were of impeccable lineage, such that the Jewish community there was considered like “pure solet” vis-à-vis the “mixed dough” that was the Jewish community in the Holy Land.

Even though kemach and solet mean two very different types of “flour,” there is one instance in the Bible where both words are used together: When Abraham greeted the three angels who came to visit him, he told his wife Sarah to make kemach-solet into cakes for them (Gen. 18:6). Given the different connotations of these two words, the Talmud (Bava Metzia 87a) is bothered by this verse using both words together. To resolve this difficulty, the Talmud posits that Abraham was more generous than his wife Sarah and offered the guests higher quality cake (made from solet), while Sarah was stingier than him and instead wanted to serve a kemach-product. (However, Radak to Gen. 18:6 explains kemach-solet as kemach in order to make solet.)

Rabbi Yehudah Aryeh of Carpentras writes in Ohalei Yehuda that the word kemach is derived from a combination of the roots KUF-MEM-HEY (“standing,” “erect”) and MEM-CHET-HEY (“erasure,” “destruction”), as the grinding process takes the once-proud stalk of wheat that stood erect in the field and cuts it down to size to produce flour. Indeed, the word kamah (Ex. 22:5, Peah 2:7, 4:7, 5:2, Menachot 10:9) denotes uncut grain that “stands” in the field. Alternatively, he explains the word kemach as derived directly from the root YOD-MEM-CHET (“erasure,” “destruction”), based on the interchangeability of the letters KUF and YOD.

Interestingly, the word kemach seems to lend itself to two well known names: First, the Babylonian Talmud (Yoma 47a) tells of a pious woman named Kimchit who merited that each of her seven sons would function as a Kohen Gadol because she was careful to always cover her hair — even inside her house. In lauding the high quality of Kimchit’s offspring, the Rabbis said: “All kemach yields [naught but] kemach, but Kimchit’s kemach is solet” (Jerusalem Talmud Yoma 1:1 and Bamidbar Rabbah 2:26). Just as wheat yields flour, likewise, people yield offspring. In this sense, kemach serves as a metaphor for one’s subpar descendants, while solet refers to the cream of the crop.

Second, the name of the illustrious Kimchi family, famous for producing such great Hebrew grammarians as Rabbi Yosef Kimchi (1105-1170) and his two sons Rabbi David Kimchi (1160-1235) and Rabbi Moshe Kimchi (1120-1190), seems to be derived from the word kemach. Some have suggested pronouncing the surname of this famed family as Kamchi instead of Kimchi. However, the more popular pronunciation is certainly Kimchi, and Rabbi Immanuel Frances (1618-1703) even rhymes this family name with the Hebrew word simchi (“my happiness”), thus ostensibly attesting to the accuracy of the Kimchi pronunciation.

Rabbi Pappenheim traces the word solet to the biliteral root SAMECH-LAMMED, which refers to “repeated actions.” For example, mesilah (“road”) refers to a well-travelled path, upon which many have trodden. Similarly, one who constantly twists and twirls one’s hair is said to be misalsel (Rosh Hashanah 26b), because he repeatedly does the same action. In that spirit, Rabbi Pappenheim explains that sal refers specifically to a “bread basket” (see Gen. 40:16, Lev. 8:2), because it is an item constantly in use every single day. Accordingly, he proposes that solet refers to flour that is considered so valuable and treasured that it is not dumped into a sack or a bag like the less precious kemach, but is instead stored in a more dignified sal. Alternatively, he explains that the word solet invokes the repeated pressing, grinding and crushing necessary to produce high-quality flour. 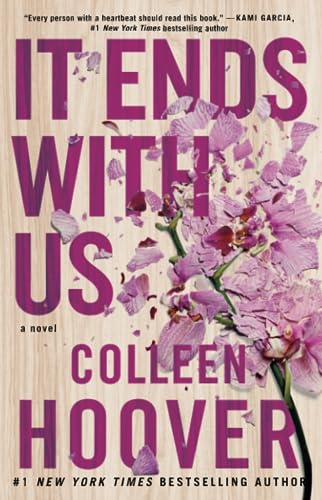 Rashi (to Menachot 27a) notes that the term geres (Lev. 2:14) said about “barley flour” means the same thing as the term solet in the context of “wheat flour.” The same is implied by Ibn Janach, who actually uses the word solet to define geres. All the early lexicographers like Menachem, Ibn Janach, and Radak understand that the roots GIMMEL-REISH-SIN and GIMMEL-REISH-SAMECH are one and the same, with the shared meaning of “breaking/grinding.”

Interestingly, Rashi (to Shabbat 110b, Pesachim 74b, Taanit 24b, Gittin 56a) defines the Aramaic word semida as solet (although, see the Targum, often attributed to Rabbi Yonatan ben Uziel, to Gen. 18:6, which renders kemach as semida, and solet as solta). Similarly, Ibn Ezra (to Lev. 2:1) writes that solet refers to “white flour,” which is known in Arabic and Aramaic as semida. This Aramaic/Arabic word is the etymological ancestor of the English word semolina (via the Greek word semidalis¸ and the interchangeability of DALET and LAMMED).