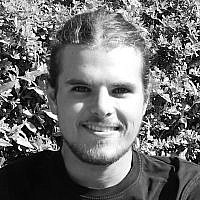 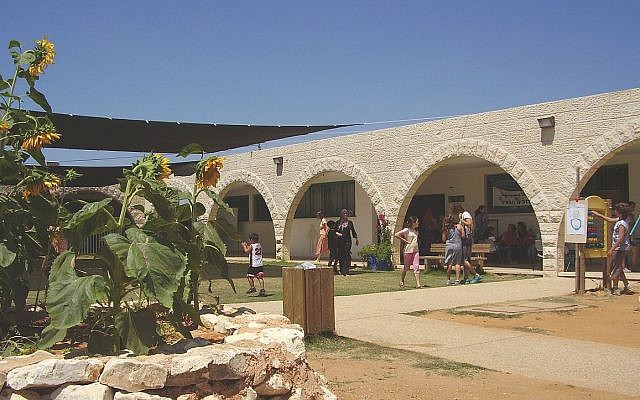 Schoolyard at Bridge Over the Wadi, one of six multicultural elementary schools founded by Hand in Hand. (Photo credit to Rick J. Pellig; CC BY 2.5)

The question of Israeli and Arab coexistance is complex and extraordinarily sensitive, and it is more often answered with misunderstandings than fruitful discussions. This is one of the biggest problems Israel faces today. Although Israel was founded as a Jewish state — something it intends to remain — that doesn’t change the fact that Arab citizens make up 21% of Israel’s population, nor does it diminish their isolation from greater Israeli society.

The school system is a crystalline example. Arab schools teach in Arabic to primarily Arab students, and Jewish schools teach in Hebrew to Jews. From a young age, the children are separated by distance and language. Their communities seldom collaborate. Disagreements flourish, and conflict ensues.

Fortunately, a group of Israeli and Arab educational reformists are pushing for change. In 1998, Hand in Hand: The Center for Jewish-Arab Education in Israel founded a system of elementary schools to address the question of coexistance, and their answer is the classroom.

‘Building A Shared Society – One School, One Community At A Time’

Hand in Hand’s schools are a rarity, and it would be tough to find a similar model of education anywhere else in Israel. Arab and Jewish children sit side-by-side, learning from Arab and Jewish co-instructors, all while speaking simultaneous Arabic and Hebrew. Class discussions about religion and cultural narrative are welcomed, and diversity is an integral part of the curriculum.

Academics, on the other hand, are fostered through small class sizes and early exposure to art, technology, leadership, globalism, and society. Every child is treated with the highest esteem. They are not sheltered from complex ideas like democratic theory or religious pluralism. Instead, their assignments approach the issues directly, and the result is not just more engaging subject matter, but students who’ve learned how to cherish each other’s differences. Above all, they understand why it’s important.

Fatimah Yahia and Bar Itamari are alumni of Bridge Over the Wadi, the Kafr Qara branch of Hand in Hand. They became friends during first grade, and although they attended different schools after they graduated, their friendship continued, and their affinity for diversity blossomed.

“In my years at Hand in Hand,” says Fatimah, “we were asked big questions from a young age. And asking those questions – about our who we are and what we believe, solidified our sense of self, while still remaining open to others who were different. I learned about who I was by being with people who are different from me.”

The students aren’t the only ones learning. Dana, a teacher at the Galilee school, is an emphatic supporter of the Arab-Jewish co-teaching methodology. “I’m always growing in my understanding that we’re different – we come from different backgrounds and need to learn from one another and take the good from each other.”

She also admits that the work, though rewarding, is not free of challenges.

“I remember in one of the first years of the school we were preparing for the National Days and we had two bulletin boards – one with the Israeli narrative, and one with the Palestinian narrative… When we showed each other our work, it didn’t go well – each side felt threatened by the national symbols and stories from the other side. We decided to take down all of our work to create something shared. And as we put up our new bulletin board, piece by piece, we were also piecing together a new understanding of the fears, beliefs, and hopes of our co-teachers, our friends, our new family.”

Under supervision of the Israeli Ministry of Education, Hand in Hand now operates elementary schools in six different locations with a combined 1900 Jewish and Arab students, and they have no intention of slowing down.

Over the next ten years, [Hand in Hand aims] to create a network of 10-15 schools, supported and enhanced by community activities, altogether involving more than 20,000 Jewish and Arab Israeli citizens.

The goals are lofty, but there’s few alternatives. Israel cannot expect Arab-Israeli relations to improve without actually taking the steps to improve them. Hand in Hand is giving both sides the space to open a dialogue, to ask critical questions, and to try to come up with answers.

After violence between Palestinians and Jews peaked in 2015, parents of the students in Hand in Hand: Haifa gathered to discuss the situation. Reut, mother to a then-preschooler, reflects:

“We spoke about our fears – physical; for us and our children. The fear of walking in the street. The Arab mother, the Jewish father, all afraid of the growing hatred. We spoke about the despair and frustration with our societies – violent and hurtful. The question came up – what do we want? What do we have in common? In this sea of hatred, violence, stabbings, incitement, and racism, the first and most important thing that any person can do here is stop for a moment and choose to encounter the other – an encounter between people, Jews and Arabs, men and women. A space where each person is an equal partner in creating the conversation.”

It’s no secret that Arab-Israeli coexistance is complex and sensitive, and an ‘us’ versus ‘them’ mentality has developed in both communities. Hand in Hand has started a new conversation, and their students are now part of the Arab-Israeli dialogue. They are young, but they are compassionate, holistically educated, and well-versed in the languages needed to continue the crucial discussions. Perhaps it is they who will answer Israel’s impossible questions.

A sincere thanks to Lee Gordon and Hand in Hand for providing background and permission to use Hand in Hand references.