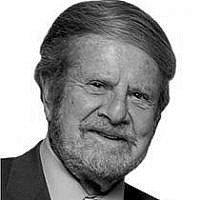 Foundations today play a significant role in society. Their structure provides a community of legally tax-exempt entities that augment and support public services, research and social programs – a uniquely American form of business for “doing good.”

Among this community of foundations, institutional collaboration is a relatively new phenomenon. Historically, the largest among them have identified and committed resources individually to address societal challenges. During the post-World War II decades, the Ford Foundation singlehandedly undertook the responsibility to restructure business education at the university level, establishing the MBA as a degree of international importance. The Rockefeller Foundation devoted its resources to the development of a new strain of grain that effectively ended centuries of recurring famine in India.

Philanthropically, as well as in most other respects, the 21st century world is far different from that of the 20th century. Borders are more malleable, and nations have markedly more cross-border alliances. From the European Union to NAFTA, global trading has expanded what was once a local or national marketplace. Multi-national banks and cross-national investment groups have proliferated to internationalize capital formation.

Philanthropy has followed these new business models, particularly since the Cold War’s end and the re-integration of ex-Soviet Bloc countries into Europe. Collaborative institutional partnerships that shape international business ventures have led to a new culture of working together among foundations. Not since the Gilded Age at the end of the 19th century has there been such an increase in wealth concentrated in a relatively small percentage of the population. There also has evolved a widespread culture of social responsibility that presumes wealth will be used in some significant part for the greater good.

The proliferation of foundations in the United States is itself an expression of commitment of wealth to social responsibility. Only a few of the new foundations approach the capitalization characteristic of the founding generation of foundations of the mid-20th century. Buffett and Gates are less typical than family foundations with far fewer millions of capital. The smaller capital base does not necessarily equate to a less sophisticated approach to philanthropy. What has developed is a willingness to pool funds, share risk and measure outcomes.

Collaboration is not only a choice for smaller foundations but also offers diverse paths, more tailored to the mission of the foundation and character of its leadership. Some, such as the Silicon Valley Foundation, amass gifts from wealthy people and corporations into a single pool of capital large enough to make an impact on societal and communal issues. Some, such as the Westbury Group, are associations of foundations focused on a common theme – in this case, Jewish life in Europe. Others, including the Jewish Funders Network, have traveled an evolving path focused on strengthening ties for collaboration. And still others, especially small and mid-size foundations, draw together a circle of donors around specific projects, which furthers their collective impact.

Taube Philanthropies has succeeded in magnifying our impact through our successful pursuit of collaborative relationships, which we then lean on to assemble circles of donors to support various projects. Our strategy has been to reach out to like-minded friends and associates to create pools of capital that can secure projects larger than possible through a single foundation. Returning Poland’s official archives covering the interwar period of 1919 to 1939, which had been rescued by the Hoover Institution at Stanford University so as not to be destroyed by the Nazis, was an early collaborative project.

What began as the uniting of enough charitable funds to achieve a single project goal became a way of “doing business.” Our collaborative model establishes relationships with sister foundations and individual philanthropists who share an overall vision and philosophy. Building a community means each can maintain its own institutional identity while committing varying amounts of resources to collaborative efforts.

Over time, a history of engagement in shared projects has established ongoing relationships that have allowed us to undertake major national and international efforts. The development of Jewish community and educational centers in the Bay Area and in both Krakow and Warsaw would not have been possible without collaborative funding.

In Poland, our collaborative relationships with a number of fellow donors have broken new ground. Together with the Koret Foundation, William K. Bowes Jr. Foundation, the Geballe Family, Hellman Family Foundation, Tramiel Family Fund, and others, we successfully led the U.S. Jewish funding community in the decade-long effort to build the new, incredibly comprehensive POLIN Museum of the History of Polish Jews in Warsaw. I have been able to build upon my own interest in Poland to involve partners in our efforts, ultimately ensuring that the museum has a broad swath of international support to rely on going forward.

Collaborative philanthropy is the future of enlightened foundation engagement. It’s time that foundations of all sizes realize that the joining together of like-minded institutions is key to achieving goals far greater than possible by any one institution alone. Such a philosophy will help all of us achieve more and make our impact stronger.

About the Author
Tad Taube, a Bay Area business, philanthropic and community leader, is chairman of Taube Philanthropies and honorary consul of the Republic of Poland.
Related Topics
Related Posts
Comments