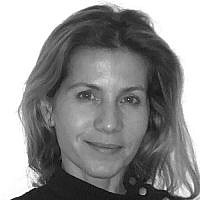 The Blogs
Elana Hornblass Dushey
Apply for a Blog
Advertisement
Please note that the posts on The Blogs are contributed by third parties. The opinions, facts and any media content in them are presented solely by the authors, and neither The Times of Israel nor its partners assume any responsibility for them. Please contact us in case of abuse. In case of abuse,
Report this post.

Some weeks ago I returned from my first AIPAC policy conference and actively tried to evaluate my impressions of the conference that I had been told was “just awesome” and that I had wanted to attend for years. On the 4-hour drive home, besides fatigue and coronavirus anxiety, I primarily felt two emotions: outright euphoria generated by AIPAC’s stellar production and outrage that our cultural/political climate necessitates AIPAC at all.

The AIPAC conference delivered on its hype, with a lineup of talented and impressive presenters. It was euphoric being surrounded by likeminded Zionists, learning about initiatives that nurture the Israeli/American relationship and that provide Israel and the global community with medical, agricultural, and cultural advancements. But beneath that euphoria, the AIPAC conference reaffirmed that when engaging with anti-Semitism and anti-Zionism, which are identical expressions of hate, American Jewry should not only continue to problem solve, an approach that AIPAC exemplifies. American Jewry must also increasingly vocalize collective outrage, and it must do so loudly.

AIPAC’s presenters highlighted the benefits of approaching anti-Israel sentiment through positive problem solving. For example, I learned about Artists 4 Israel, an organization that invites international artists to create graphic arts in Israel’s impoverished and terror stricken areas. The artists, who often initially have anti-Israel views- (common now in artistic circles outside of Israel), see an Israel comprised of real people who suffer and who are resilient, creative and fun. They visit Israel and they see for the first time the Israeli people. For Israelis, the art becomes a therapeutic vehicle to negotiate trauma.

I attended a panel of pro-Israel college students. The panelists spoke about how they used student government to facilitate conversations about Israel that are positive and proactively combat BDS on campus. Ambitious and smart, these students glow with the belief that through initiative they can accomplish much, and they do.

I also listened to Elan Carr, as he described an executive order that enables the federal government to cut funding from universities that permit anti-Semitism. When professors prey on students’ ideological vulnerabilities to perpetuate lies and disenfranchise pro-Israel and Jewish students, they are committing acts of intellectual violence. While not sexual in nature, their behavior is akin to sexual harassment in the work sphere because it is an overt abuse of power. However, as I listened to Elan Carr, I was reassured that capable people are addressing those abuses.

AIPAC is filled with capable people, with problem solvers. Knowing that so much talent is advocating for Israel makes me optimistic; at the conference it made me euphoric. My outrage, however, was crystallized at a session that revealed a telling cultural distinction prevalent in Israel’s entertainment sector: while television and produced in Israel have been internationally welcomed and praised, musical artists from abroad, who perform in Israel, are still highly criticized. The distinction makes sense, as Israeli TV exposes audiences to human stories centered in Israel. Watching Israeli TV, international viewers see Israelis as people and Jews as people, and so the viewing experience transcends ideology/politics to become relatable entertainment.  And yet, some of those same audiences still protest when non-Israeli musical artists perform in Israel- a disturbing phenomenon engendered by anti-Semitic propaganda.

Much like Israeli TV, AIPAC presents the opportunity for Americans to see the contributions of Israel and the humanness of Israelis. Once Americans intimately know Israel, they can recognize the inherent falsity of anti-Israel propaganda. AIPAC accomplishes this brilliantly and it is invaluable work because Israel needs America’s support.

OUTRAGE
This is where I get angry: after spending my life as a proud Jewish American, I am witnessing pervasive increases in anti-Semitism and anti-Zionism, from both liberal and far right circles. In the NY area where Jewish narratives, like those on Israeli TV, have been on view for years, anti-Semitism has risen exponentially, suggesting that New Yorkers are increasingly disavowing the humanness of Jews. In response to the worrying rate of anti-Semitic incidents, American Jews organized the “No Hate. No Fear” march this past January. Along with thousands of people, I and members of my synagogue walked along the Brooklyn Bridge in a show of solidarity. While marching, my group repeatedly tried to mobilize a loud, collective chant of  “Am Yisrael Chai!” We wanted NY to hear the chant of Jewish survival, which comes from Jewish strength, because we felt outrage that Jews are increasingly being victimized, that Jews’ humanness is increasingly disregarded, in the most Jewish city in the diaspora. We wanted to show strength because bullies often only respond to strength; we wanted to shout, “Don’t mess with us!”

Recently, vocally aggressive, and non-violent movements like the #Metoo movement have constructively utilized outrage to create change. We can learn from those movements. People implicitly understand outrage, as it simplifies the line between right and wrong. It delineates ethical boundaries by vocalizing loudly when an ethical boundary has been crossed. Anti-Semitism is not nuanced; it is an ethical line crossed again and again.

On the Brooklyn Bridge that day, we could not mobilize a collective chant that expressed our outrage. Thousands of Jews walked in relative silence. There were some songs, but not many expressions of anger. Perhaps due to negotiating the difficult terrain of living in the diaspora, American Jews have historically shown their collective voice most prevalently by problem solving, utilizing intelligence and talent (like AIPAC) and not so much through vocalized outrage. Yes, a problem solving approach is likely the most effective way to assert Jewish liberties. And yes, Jews have articulated outrage at anti-Semitism. But American Jews need to collectively vocalize that outrage louder than ever before, especially to those members of the population who do not care to engage with the discourse surrounding Israel or anti-Semitism. Jews can articulate outrage, not through violence, but through vocalizing that Jews will no longer be victimized- that Jews and Israelis should not have to consistently prove their humanness. In fact, humanness does not need to be proven; humanness is self evident in a people’s existence! Hear my outrage: our voices need to be heard.

About the Author
Elana is an Adjunct at The MirYam Institute. She earned her PhD in English Literature from Fordham University in 2015 with a dissertation that focused on Jewish American literature and its approach to Zionism and Israel. For 12 years, she taught literature, composition, and film at St. Johns University and Fordham University, where she was awarded numerous fellowships. Following her degree, she was a Connected Academic Fellow in the Modern Language Association. Elana also writes fiction, most notably children’s fiction, and lives in New Jersey with her husband and three children, as a member of a vibrant Jewish community that is dedicated to Israel and other Jewish causes.
Related Topics
Related Posts
Elana Hornblass Dushey
Comments