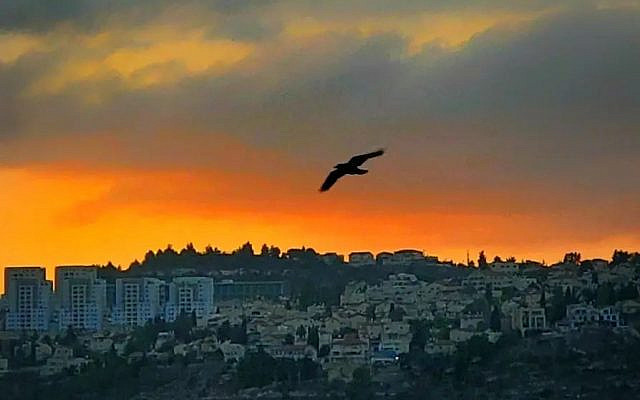 The Torah (Gen. 44:18) uses the word vayigash (“and he approached”) when reporting that Judah “approached” the Egyptian viceroy to plead for Benjamin’s release. In the Hebrew language there are two different words that denote “coming closer”: gishah (from whence vayigash is derived) and kiruv. The latter word — kiruv — is used colloquially in the sense of “community outreach” because it entails bringing people “closer” to G-d and religion. If kiruv means “coming closer” just like gishah does, then why does the Torah specifically use a conjugation of gishah to describe Judah approaching the viceroy instead of a cognate of kiruv? We will see in this essay that the two terms in question are not actually complete synonyms, and are not necessarily interchangeable. Once we better appreciate the nuances connoted by gishah and kiruv, then we can see why it says vayigash about Judah.

Rabbi Yehuda Leib Shapira-Frankfurter (1743-1826), who was Rabbi Samson Raphael Hirsch’s great-uncle, explains that gishah implies approaching with trepidation, such as when one approaches a king or a dignitary. With this in mind, he accounts for an inconsistency in the Bible’s wording: When a person approaches a judge for adjudication, the verb used is a conjugation of gishah (Deut. 25:1), yet when G-d says that He will approach us to judge us, the Bible uses a cognate of kiruv (Mal. 3:5). When a person appears before a judge, he does so with trepidation, and therefore the Bible uses a cognate of gishah, but when G-d approaches us for judgement, He does not hesitate nor does He fear us, and so the word kiruv is more appropriate. It is also for this reason that when Abraham “approached” G-d to dispute His decision to destroy Sodom, the Torah uses the verb vayigash (Gen. 18:23).

The Malbim similarly explains that gishah implies “coming close” to something that one would otherwise be scared to approach or would be in awe of. Gishah is most appropriate when there is otherwise a power imbalance between the party who is approaching and the party whom one approaches. (The case of Judah and Joseph is a perfect of example of this.) On the other hand, kiruv implies a situation of two equals, with one person simply coming closer to the other.

Rabbi Shlomo Pappenheim of Breslau (1740-1814) offers another way of spelling out the difference between gishah andkiruv. Kiruv implies “approaching” while one is still on the way, but gishah implies the completion of an “approach” (i.e. one has already come as close as possible and cannot “approach” any further). Thus, kiruv means “coming closer,” while gishah actually means “nearing as close as possible.” The same approach is taken up by Rabb Shlomo Aharon Wertheimer (1866-1935), who offers various proof-texts from the Bible to support this understanding.

To illustrate this dynamic, Rabbi Pappenheim cites a verse that uses both words together: “And he [the donor] brings it [the meal-offering] closer to the Kohen (hikrivah), and he [the Kohen] brings it close (higishah) to the altar” (Lev. 2:8). In this verse, the Torah uses both a cognate of kiruv and a cognate of gishah. Since the donor’s ultimate goal is to offer the sacrifice at the altar, when he brings it to the Kohen, this act brings it closer to the altar but it still has a way to go. Therefore, the Torah uses a kiruv- based word. Subsequently, when the Kohen actually brings the offering to the altar, he reaches the donor’s goal by bringing it as close as possible to the altar — so here a conjugation of gishah is most appropriate.

Rabbi Pappenheim traces the term gishah to the biliteral root GIMMEL-SHIN, which refers to such “closeness” that the parties involved are actually “touching.” For example, when a blind man is said to grope about in an attempt to touch things that he cannot see, the Bible uses the word nigshashah (Isa. 59:10). Rabbi Yaakov Tzvi Mecklenburg (1785-1865) adds that since gishah denotes coming as close as possible, the term also came to denote “touch” or “direct contact” between two parties. Thus, the term for an ox “goring” in Targum Yerushalmi (Ex. 21:25) is yigash (literally, “impacting”). Similarly, when a boat is in shallow waters such that its bottom drags along on the seabed, this is called goshesh (Bava Kama 116b and Bava Metzia 79b), a clear reference to the direct contact between the boat and the floor.

In the Bible, a gush of dirt (Iyov 7:50) refers to a clump or cluster of dirt whose components are all “closely compact” together. Rabbi Pappenheim theorizes that perhaps the Land of Goshen got its name from the fact that that fertile area had much compact dirt, as opposed to the rest of Egypt, which was sandier.

From this, Rabbi Pappenheim argues that the term geshem (in Medieval Hebrew) came to refer to any solid object whose particles are tightly bound together. (Hence, gashmiyut refers to “physicality”.) He also explains that geshem in the sense of “rain” is related to this core meaning because geshem refers specifically to when thick rain drops fall as the result of a higher concentration of water in the rain clouds. (Interestingly, Rabbi Yehuda Aryeh of Carpentras writes in Ohalei Yehuda that geshem, “rain,” is related to the word gishah, alluding to the fact that separate drops of rain never “approach” each other as they fall from the sky.)

Using Rabbi Pappenheim’s discussion as his point of departure, Rabbi Mecklenburg writes that while gishah refers specifically to physical closeness, kiruv implies a more abstract “meeting of minds” than physically coming together. He explains that when the Torah mentions a litigant “approaching” (nikrav) the court (Ex. 22:7), this refers to the litigant altering his mindset to prepare himself to stand before a judge. It does not refer to the physical act of approaching the bench. Similarly, the term korban (commonly translated as “ritual sacrifice” or “offering”) refers to “coming closer” to G-d by seeking to align one’s own will with His. The closeness of a korban certainly cannot refer to “coming closer” to Him in a physical sense, because He is incorporeal and thus has no physical body to which one can approach.

Following this logic, it seems that when Judah approached Joseph, the Egyptian viceroy, he came extremely close to Joseph’s person — perhaps even in a threatening way, as is implied by certain Midrashic sources. Judah did not just “approach” Joseph (kiruv). Rather, he came up close and personal (vayigash).

As Nachmanides (in his objections to Maimonides’ Sefer HaMitzvos, Negative Commandment #353) correctly notes, both terms for “closeness” are also used in the Bible to imply intimacy (kiruv in Deut. 22:14, Isa. 8:3; and gishah in Ex. 19:15). However, Rabbi Mecklenburg explains that when the Torah forbids “coming close” to a woman whom one is forbidden from marrying, it uses the term kiruv (Lev. 18:6) because that implies that simply coming “closer” to the woman is forbidden (i.e. even without actually engaging in full intimacy, which would rather be termed gishah — “coming as close as possible”). As Rabbi Mecklenburg puts it, the Torah’s word choice serves as Maimonides’ source for ruling that Biblical law already forbids hugging or kissing such a woman.

Rabbi Samson Raphael Hirsch (to Lev. 21:17) takes the opposite approach. He explains that kiruv refers to “absolute nearness,” the antonym of richuk (“absolute farness”). In that way, karov (“near”) simply refers to the mathematical difference between the coordinates of one location versus another, and the act of kiruv simply refers to bridging that distance. Rabbi Hirsch notes that the term kiruv in the Bible applies to animals as well as to people, because that verb simply denotes decreasing the distance between two spatial points.

By contrast, Rabbi Hirsch explains that cognates of gishah appear in the Bible only in respect to human beings. This is because gishah does not simply denote closing a distance, but it represents a step forward in reaching a specific goal. Only human beings have the independent ability to think and make decisions for themselves, so only they can be said to engage in gishah when they “approach” something/someone to further their goals (see also Abarbanel’s commentary to Maimonides’ Guide for the Perplexed 1:18).

In line with Rabbi Hirsch’s take on this, it seems that when Judah “approached” Joseph, he did so very deliberately, as he was trying to convey a certain message. His act of approaching Joseph was not simply intended to bring himself physically closer to where Joseph was, but to go one step further in his campaign for Benjamin’s release.