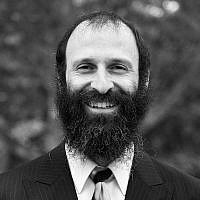 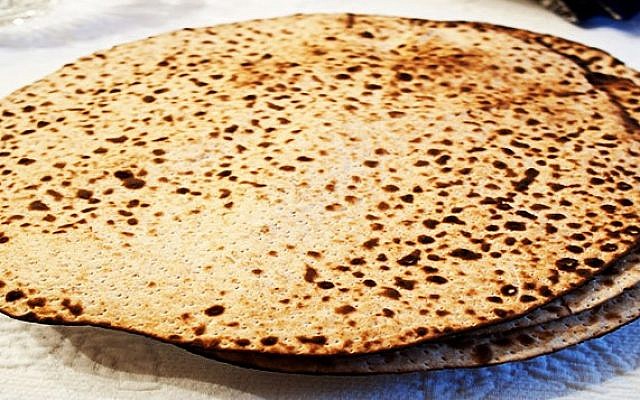 It’s no coincidence that International Pi Day always comes as a harbinger to Passover!

Did you know that Pesach and Pi are numerically and geometrically related?

For starters, if we are permitted to “round” off, Pi is approximately 22/7.* The Biblical Passover is 7 days, but ends on the 22nd of Nissan here in the Diaspora.

Furthermore, the first night of Pesach commences the cycle of the three Biblical holidays (the “shalosh regalim”), and is 1/7 of the Pesach holiday itself. Hence 3 1/7.

Of course, traditional round shmura matza are far superior to the machine-made square kind. It reminds us that life is cyclical and not linear. It represents infinite. And pi has an infinite number of digits!*

And when we observe the mitzva of eating matza at the seder, we are endeavoring to taste the taste of true freedom and experience infinite, leaving our finite boundaries and personal exiles, so round is right! Trying to accomplish that with square matza is like trying to force round pegs into square holes. Or vice versa.

Most importantly, round hand-baked shmura reminds us of the human endeavor, as opposed to the mechanical square kind.

Pi is an irrational number. So too, on Pesach, we endeavor to connect with G-d in a supra-rational way! Not only to think about faith in a roundabout way, but to ingest it and make it part of you. Now that’s food for thought that can lead to lots of inspiring “round”-table discussion at your seder!

Do you know that the original matzot were round too? See Exodus 12:39, “oogot matzot, עוגות מצות” The word עוגה is etymologically linked to עיגול, round. So when you eat round matza at your seder, 3,330 years later, everything comes full circle!

So while Sukkot is a more boxed-in holiday with four-walled huts, and Shavuot is also kind of boxy with cubic or rectangular tablets (NO, they were NOT round! That was Michelangelo’s error!), Pesach is truly pi-friendly (but very pie-unfriendly!! Yikes! Don’t even think about bringing any pie into this house)!

Upon further reflection, the seder plate also contains an egg, which is somewhat circular like the the cycle of life, mourning for the absence of the Holy Temple and the “chagigah”** sacrifice. And of course, seder plates themselves are usually circular, as are wine cups! And if you buy plastics for the seder, make sure to recycle! Passover is a happy time indeed for pi-enthusiasts everywhere!

SO this year, let’s all think out of the box and eat round shmura on Pesach! That way, you can have your pi and eat it too!

Chag Sameach!**
.
.
*PS of course, pi breaks down to an infinitesimally small number with an infinite number of digits, only 9.7 trillion of which are currently known. But we humans can never get it right to the tiniest detail. Either way, 22/7 is closer to true pi than 3.14. So enjoy your round matza and experience the joys of pi!

**Hebrew chag חג is etymologically linked with circles too (and is a cognate of  חוג chug, circle), as in circular dancing and celebration. In that case, International Pi Day relates to Chag Purim too, coming up next week!

About the Author
Michoel Green loves teaching & writing. Ordained in NY, he has over twenty-five years experience in Jewish outreach & education. Formerly a rabbi in Poway, California and Brisbane, Australia, he currently directs the Chabad Center in Westborough, Massachusetts. A published author, he blogs and lectures widely on themes pertaining to Torah and contemporary thought, with special emphasis on the final Redemption and its unmistakable signposts in current times.
Related Topics
Related Posts
Comments