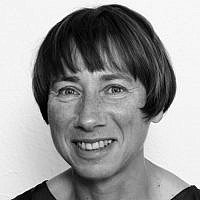 The Blogs
Alison Walsh
Apply for a Blog
Please note that the posts on The Blogs are contributed by third parties. The opinions, facts and any media content in them are presented solely by the authors, and neither The Times of Israel nor its partners assume any responsibility for them. Please contact us in case of abuse. In case of abuse,
Report this post.

My elder son David was fifteen when he told us he was gay – not that he had actually intended to tell us quite then.

He said he was meeting someone but was evasive as to who this might be? I forced the issue never expecting to hear that this was some guy he had met on line through a gay website.

David must have guessed we might find the news of him being gay difficult as he kept repeating, “It’s OK Mum, there’s nothing wrong”.

My husband’s first thought was “I love my son. I don’t want to lose my relationship with him”.

As for me, I have an unfortunate knack of sometimes putting my big feet in things.

Whilst reeling from the shock, thankfully I avoided saying anything that my son would feel hurt or rejected by.

We both understood that what mattered most was for David to stay believing in himself and to know that our love and support was unconditional.

David appreciated the way we had accepted his sexuality and to stop us feeling anxious, he agreed to cancel the internet date. 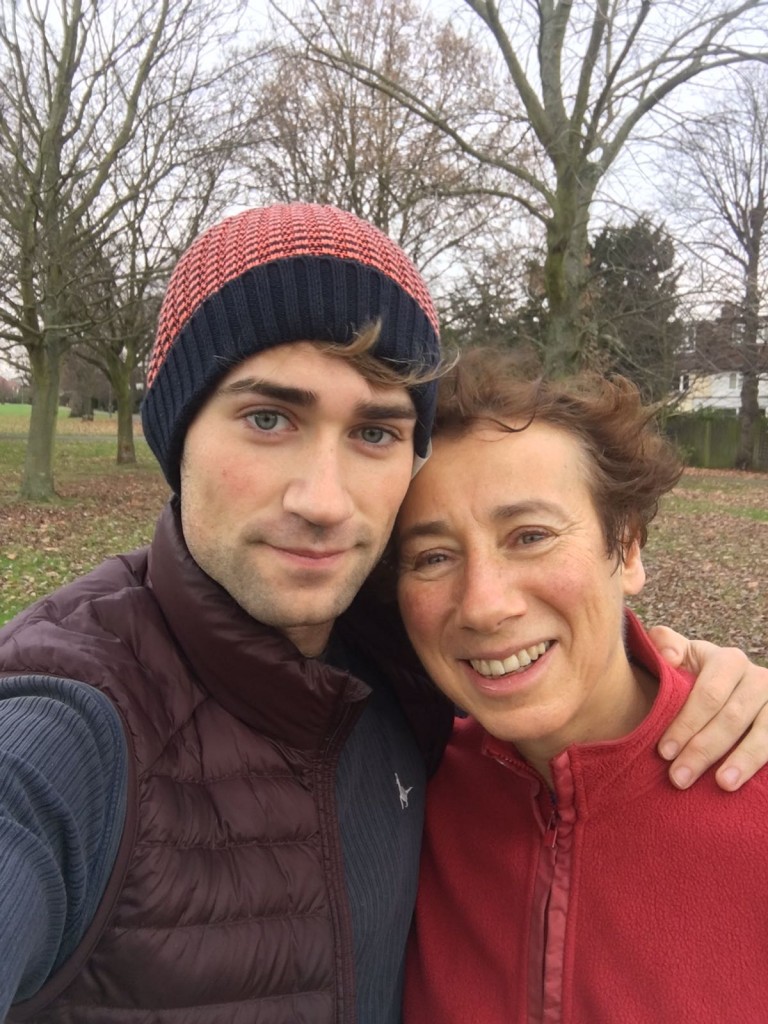 Having “come out” to his friends and immediate family, David visibly looked happier by the day.

Now the ball was in our court. Was it our turn to “come out” as parents of a gay son? Would that be fair to David? Was it for him to decide who and when to tell others or not? At the young age of fifteen, we felt it was. That made it much harder because I wanted to feel accepted too.

Up to the point when David told us he was gay, I had no knowledge or experience of what being LGBT+ meant.

My head was full of fears which were further fuelled when I went on-line and came across far right materials discounting LGBT+ as wrong and blaming being gay on abuse or an unhealthy mother-son relationship.

Was I a bad Mum? I feared being judged. I was worried now how David would be treated. Would his school teachers who had praised him as a role model now think less of him?

Would he find himself rejected as unsuitable to be an RSY Summer Camp Leader?

Having brought my boys up to feel strongly Jewish, I now felt anxious that this might not sit comfortably with fully accepting and supporting David’s sexuality.

My Jewishness is all bound up in family and home, celebrating Friday night and all the family traditions. So for validation and support, I turned to my Jewish roots. As I said, I wasn’t ready to “come out” publicly and so like my son before he “came out”, I turned to the privacy of the internet for help. I tapped into Google “Jewish Mum of gay son” and up came “Parents of Jewish Gays and Lesbians” with a number you could phone in confidence.

Going for the first time to the group “Parents of Jewish Gays and Lesbians”, I was scared as to quite who I would find there.

The wonderful thing was how unbelievably just like the two of us the other parents all were. They could have come straight out of any Shul – parents anxious to do right by their children. We were no longer on our own.

Hearing from other parents and sharing our own story in a Jewish group in which we felt understood and accepted, helped us feel better. The first pernicious lie it immediately destroyed for me was the idea that being gay had anything to do with upbringing or by extension anything I had done or not done. It was a fact of life, period.

A Dad said that the last thing he would ever wish on his son would be to be imprisoned in an unhappy marriage hiding his sexuality. That hit home and made me rethink the dream I had been nurturing of one day seeing my son under the Chuppah with grandchildren to follow. My son had his own life to lead. I just wanted him to be happy and true to himself. And so in the group we parents chatted on into the night. We discussed why it was that so many of our LGBT+ children were going to Shul less? Did our LGBT+ children no longer feel they could count themselves as proper members of the club?

Perhaps like me before I became aware of LGBT+, our kids assumed by default that within Shul life their sexuality was taboo and that they would not be understood or accepted unless they hid their sexuality.

To be fair, if I joined any club, I would want to feel that there was someone there a bit like me and that I wasn’t just going to be tolerated, but actually wanted by the club.

My journey has been much easier than for some as being of my own making – struggling with my own prejudices. Thankfully the positive attitude of both our Shul and my son’s school explains why David has never felt ashamed of his sexuality and why both his friends and our Shul friends when told have had no issues.

In the twilight zone before feeling ready to come out to the world as a Jewish parent of a gay child, it helps to share feelings in the trust of absolute confidentiality with likeminded parent souls who understand. I am now Co-Ordinator for the parents’ group, “Parents of Jewish Gays and Lesbians” which helped me so much and which I would like to see there for other parents.

It is a really important group not just for the parents but also for LGBT+ children as “happy parents make happy kids”. Unfortunately the group is hardly known about so if you get a chance to tell others about the group, I would ask you to please do so.

About the Author
Alison Walsh is a Co-Ordinator for “Parents of Jewish Gays and Lesbians” set up in May 1996 to be there for all those parents who have felt they had no-one to turn to for support and advice. The group are parents and grandparents, not counsellors who want to help other parents who may be struggling to cope with so many feelings.
Comments