The Blogs
Karen Sutton
Apply for a Blog
Please note that the posts on The Blogs are contributed by third parties. The opinions, facts and any media content in them are presented solely by the authors, and neither The Times of Israel nor its partners assume any responsibility for them. Please contact us in case of abuse. In case of abuse,
Report this post. 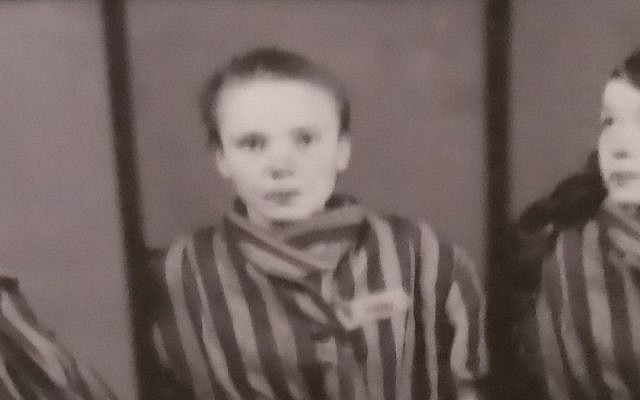 Do Documents Tell the Truth, the Whole Truth and Nothing but the Truth?

Yesterday, I attended the United Nations Holocaust Memorial Ceremony, entitled “75 Years after Auschwitz: Holocaust Education and Remembrance for Global Justice.”  Wow, what a sad and yet hopeful occasion! Sadly, the compelling message of “never again” underscored by each of the speakers in the opening ceremony stressed the current need for Global Justice.  Unfortunately, the 48% increase in hate crimes in America, the land of liberty, is a litmus test for assessing the level of rising hatred across the world.  It is indeed sad that although 75 years have passed since the end of World War II, the liberation of Auschwitz, and the formation of the UN, it appears that hatred and bigotry have not passed.  In fact, all indicators suggest that it is once again on the rise.

But I mentioned that the occasion was also hopeful.  Why?  The fact that the UN, flawed though it may be, decided to make its 2020 Holocaust Commemoration all about unity and collective action in face of the targets of bigotry and terrorism is no small step forward from the silence of the nations during the 1930’s.  Today’s targeted victims, whether Jews, Christians, Blacks or Muslim need to know that they do not stand alone in their victimhood.  The speakers at the Opening Ceremony in the packed General Assembly Hall eloquently repeated that sentiment in one form or another.  So too, the very interior of the UN reflected that message.  The photo exhibits that appeared throughout the spacious walls were no doubt chosen and curated for their ability to bring the spectator “in.”  As one diplomat from the Holy See said so poignantly, “we are all in it together” and must “act today in this world today.”  We must “fill this room with light.”

One of the central exhibits, “Seeing Auschwitz,” challenges the viewer’s understanding of those imprisoned in the largest killing center in human history.  The exhibit portrays a diversity of those incarcerated and attempts to get at the reasons “why.” Some are “mug shot” pictures of actual inmates with various badges, the pink triangle, the star and the circle.  Others portray bright faces of individuals, families, and friends who appear to be engaging happily in the moment, whether on holiday or at home. These were the photos found in suitcases that were heaped in endless piles along the rails of the incoming trains. Somehow, these photos withstood the test of time.  I wondered how many of those portrayed survived.  Still, all the images seem to stare back at us passerbys as if to say “look at us, are we not so different from those you know and love!”

The other element that marked the UN’s 75th Holocaust Commemoration is the great emphasis on Documentation.  Adjoining “Seeing Auschwitz” is another exhibit entitled “Crimes Uncovered: The First Generation of Holocaust Researchers.” This exhibition examines Jewish historians and academics of various nationalities and backgrounds who documented and safeguarded evidence of the actions taken against the Jewish people during the Holocaust and lobbied to draw attention to what was happening in Nazi-occupied Europe.  By doing so, these historians resisted the Nazi plan to destroy all Jewish people and culture.

While much more was uncovered and disclosed in subsequent years, this first generation of Holocaust researchers shaped the foundation of our current knowledge of the Holocaust.  I am proud to say that the Berlin branch of Touro College (where I teach) was one of the sponsors who helped make the curation of this exhibit possible.

As the years continue to pass–75 years–almost a lifetime since the liberation of Auschwitz, documentation and preservation of artifacts has become more and more crucial to the future study of the Shoah as a legitimate academic discipline.  But, for many in this field, Holocaust Studies is so much more in terms of significance.

Did the Catholic Church Save Jewish Lives?

Finally, one more session that proved extremely interesting in challenging current viewpoints concerns the role of Pius the 12th in saving Jews was entitled “Remembering the Holocaust: The Documented Efforts of the Holy See and the Catholic Church to Save Lives.”  This session, through documented evidence, examines the level and extent of cooperation and support from the Vatican in Rome in saving Jews in Italy and across Nazi-occupied Europe.   Both scholars and non-scholars presented works that refute the popularly held theory that Pius XII “knew much, did little” to rescue Jews during the Holocaust.

The presenters each made a compelling argument that Pius covertly rather than overtly saved approximately 800,000 Jews through working with the local church structure and non-Catholic Rescue Operation.  However, I am acutely aware that the session was set up by members of the Vatican and their supporters   Because of the subjective nature of the selected scholars, and the fact that the largest single primary source, the Vatican Archives from 1939 until 1945 is still sealed, it is difficult to assess whether the case in favor of Pius will prevail in academic circles. However, the Archives will be opened for scholars on March 4th of this year.  That should prove or disprove the argument.

As a final note, documentation itself, can prove a pitfall in establishing the accuracy on the theme of rescuers or perpetrators.  Warnings and other covert activity during the Holocaust were practically the only ways to save Jews from Nazis and their collaborators.  I have only to mention Oskar Schindler, who appeared as a war profiteer and an ardent Nazi on paper.  Still, Schindler understood the necessity of taking action to fight persecution in its extreme form and sensed a oneness with the victims.  No documentation exists to prove his heroic actions. His actions and his courage is what today’s UN Commemoration was all about.  Let’s see what follows.

About the Author
Dr. Karen Sutton is associate professor of history at the Lander College for Women, a division of Touro College, in New York City.
Related Topics
Related Posts
Comments