Two years ago, today was the last day of Operation Protective Edge.

The next to worst day of my life was a nightmare that was to scar my life, and the lives of all of those who live in my community – Kibbutz Nirim – and our region in the Gaza Envelope, for all of our forevers.

Most of our community had evacuated at the start of the “war” (never officially declared as such, for different political and bureaucratic reasons: “wars” cost a LOT of money… this was “just” an “operation”). We couldn’t walk outside in safety without ducking for cover each time we had a legitimate reason, a pressing need, to venture out of our homes (to walk the dogs, to get supplies…. just the basics).

The 26th of August was the day my home was violated by shrapnel from a mortar that exploded a few yards from my bedroom window, and another knocked out the electricity in our community. We were plagued by many mortars that day. That was the day that I finally fled with my son and my dogs. After a summer of stubbornly staying in my home-turned-war zone to bear witness, write reports, give interviews, I had had enough. I needed a break. I needed to spend a few days where I could sleep through the night with windows open, without fear of terrorist infiltration or frequent, deafening rocket fire and the heart-stopping reverberations of the walls.

We sped down no-longer familiar roads, exposed to unannounced rocket fire. In our communities, there are loudspeakers that scream out in warning when a rocket was zoning in on us. Outside of the communities, there isn’t the luxury of the early rocket-fire warning system. The roads were terrifying and foreign-looking. Rather than tractors and farm trucks hauling produce, they had gone incognito, camouflaged by army vehicles and powdery-fine dust. All summer long, the tanks that had commandeered our fields to fight Hamas and protect our homes, had been churning the fields into dust, reverting them to barren-desert, as they had been before the pioneers of our region had settled and ploughed the land to fulfill Ben Gurion’s vision of making the desert bloom.

This is the report I wrote about that day.

Two years on, we remember Zeevik Etzion and Shachar Melamed . Each family has chosen a unique way to commemorate them, while celebrating their lives in ways that they each would have loved. 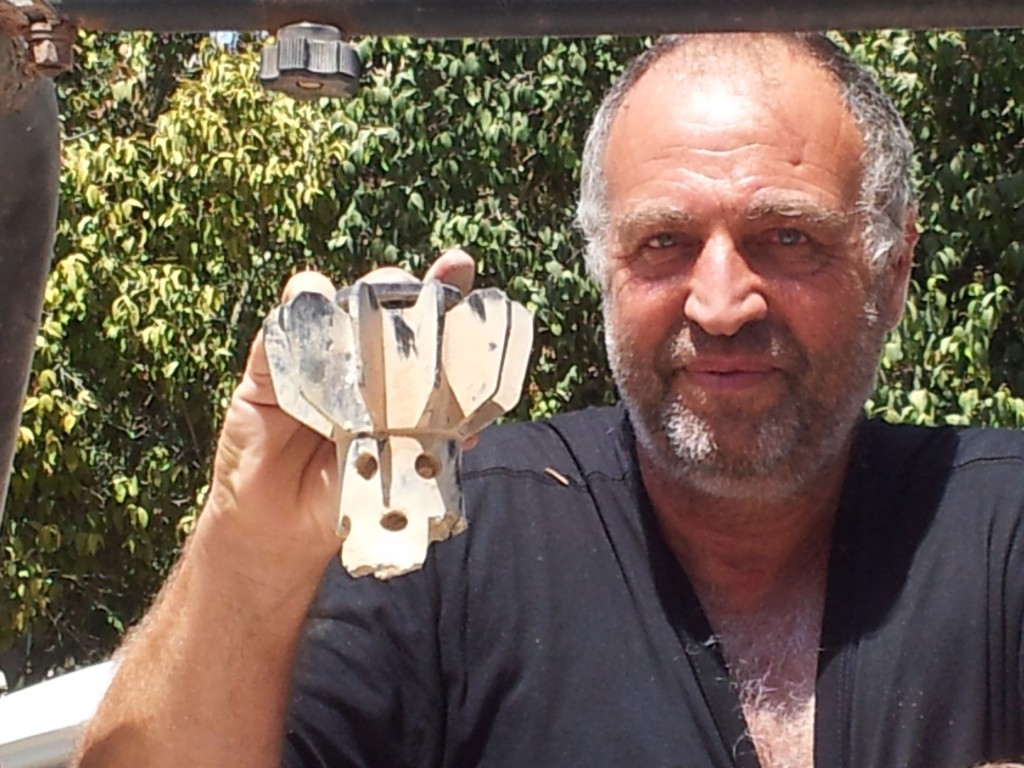 Zeevik was a strapping teen when I arrived on Nirim, just a few years younger than me. I watched him mature and grow, get married and bring five lovely children into this world. In addition to being in charge of security, Zeevik was a volunteer ambulance driver, plumber and had worked in almost every agricultural job of the kibbutz. He was the guy in charge of the microphones and sound controls at all kibbutz celebrations. He was a central beloved figure with an easy laugh and an ever-growing beer-belly.

Zeevik was my “go to” guy when I needed help. As a widow, when my sons were not around to help, Zeevik never said “no”. He was always ready to lend a hand; always with a big smile. When he was near, I was not afraid.

After the commemorative ceremony at the cemetery yesterday, Zeevik’s family invited everyone back to their home for an evening of “Beer and Songs”. 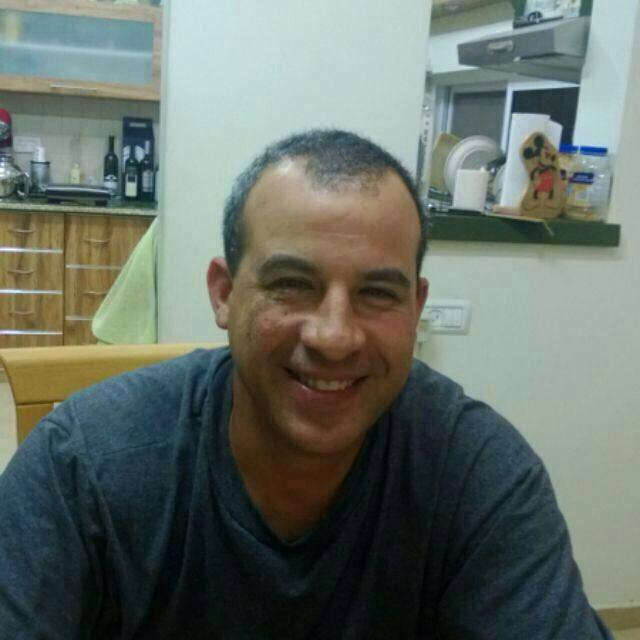 Kind-hearted, always ready to lend a hand. I watched Shahar grow from a child and develop his professionalism of being the only mechanic I trusted. I wouldn’t buy a car without him. He grew, wooed his sweetheart and built an unbelievably tight family. As the assistant head of security his was the only family that remained throughout almost all 50 days. His wife refused to be separated.

A Hamas rocket from Gaza knocked out the electricity on the morning of the 26th of August. When their home became stifling and unbearable, he took his wife and children to the specially reinforced daycare building, which was larger and airier than the small safe room in their apartment; easier to bear the oppressive heat without air conditioning. The electricity tower that had been damaged was only yards away.

When the electricity workers came in the afternoon to repair the high voltage tower, Zeevik and Shahar joined them. Shahar’s wife and three children, merely seconds away, saw the fatal attacks through the window from the safety of the building where they had taken refuge, protecting them from the lawn outside that had turned into a bloody battlefield.

Today, after the ceremony for Shachar, there will be a soccer game on the field where he loved to kick the ball around with his friends.

Through their pain, the families have bravely chosen to engage their losses by focusing more on things these men loved, rather than allowing the tragic circumstances of their deaths, define their memories.