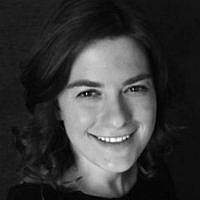 The Blogs
Dana Schmerzler
Apply for a Blog
Please note that the posts on The Blogs are contributed by third parties. The opinions, facts and any media content in them are presented solely by the authors, and neither The Times of Israel nor its partners assume any responsibility for them. Please contact us in case of abuse. In case of abuse,
Report this post. 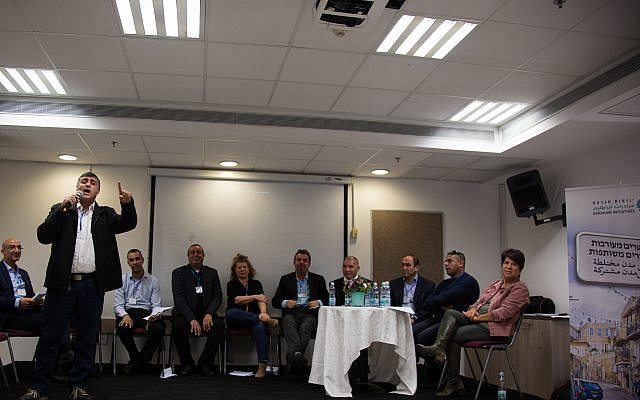 I want to pose a question that someone recently asked me. It is simple but your answer can explain the strife in this place or the hope. The question is, “Who are your people?”

What I really mean to ask is, who do you feel responsible for? This question and its answers are vital to the success of shared society in Israel and what society will look like for Israeli Arabs in the coming years. If municipalities and individuals do not feel responsible for all its citizens, it can have grave consequences on particular communities and the relationship between Jews and Arabs.

I attended The Abraham Initiative’s first Mixed Cities Conference last week and I felt this question being asked and answered in the undercurrent of each speech. The conference was conducted in Hebrew. I had the task of documenting the event through my camera, moving around the room and capturing scenes at every angle. I tried to catch the English translation when there wasn’t a photographic moment. By intently looking at the composition of the space and the mannerisms of each speaker, I gained some insight that may have been lost if I were only listening to the words being spoken.

The conference included representatives from each mixed city in Israel: Ramle, Lod, Tel Aviv-Yafo, Haifa, Maalot Tarshiha, Nof Hagalil, and Acre. For a town to be considered a mixed city, Arabs have to make up at least 20% of the population. Within these cities, the majority of neighborhoods are still separated between Arabs and Jews. The neighborhoods that include both populations carry another level of complexity. The idea of mixed cities is a phenomenon in Israel but is growing more common. Although it has become a more pressing topic, many facets need to be explored. The conference shed light on how each municipality values its citizens which results in what kind of support each community receives.

The conference began with the mayor of Acre, Shimon Lankri. He immediately answered who he believed he is responsible for. He spoke about the need for humanism and mutual respect in this line of work. At the end of the day, if elderly people need heating in the winter, that is more important than their ideologies. I was surprised to learn that this mayor, who was talking so passionately about shared society, is a senior member of the Likud party. I realized that this maybe reveals my own stereotypes and wondered, do I consider a certain group “my people” if I am placing judgment on them? This mayor showed that tending to the basic human needs of his citizens is more important than his political ideology. Other officials in attendance showed that political ideology can take a back seat at the local level, such as the Mayor of Maalot-Tarshiha from the Yisrael Beitenu party, who demonstrated positive partnership with his deputy mayor who is a member of the Balad party.

An example of where this issue plays out is housing. Throughout Israeli history, certain group’s needs have taken priority over others in mixed cities. While walking in Lod, I have seen new buildings occupied by young Jewish religious couples while seeing crumbling infrastructure in Arab neighborhoods. It is a trend for young Jewish religious couples to move into mixed cities to better the neighborhood. Some view them as settlers in their own land. Another aspect of inequality in infrastructure is a high level of illegal building within the Arab communities. Arab citizens began building illegally due to the housing crisis and were not issued building permits by the government. The government can’t provide services such as sanitation, schools and community centers when the neighborhoods are built illegally, with haphazard infrastructure and planning. In these situations, it’s questionable who the municipalities consider to be “their people.”

This topic, as well as the question of safety within Arab communities, led to a moment of “balagan,” the word meaning chaos in Hebrew. One representative began placing blame on Arab elected officials for not helping their communities with these struggles rather than proposing solutions. At this moment, the question again rose to the surface. If you are spending time placing blame, are you looking out for your community’s best interest? It seems detrimental to creating a shared society if you are not focused on progress. In reaction to this argument, one representative stated, “My sense of security and your sense of security are dependent on each other. If you don’t invest in the other community, it is going to harm you.”

There was a representative from each local government except one: Nof Hagalil. The population in Nof Hagalil is 25% Arab but the local administration refuses to recognize it as a mixed city. They will also not build an Arab school in the city, forcing most Arab children to travel to Nazareth or attend Jewish schools that are unrepresentative of their culture and language. The deputy head of education in Akko spoke at the end stating, “I am tied to this town with an umbilical cord.” I felt this sentiment from the representatives of each mixed city but wondered if some are selective to the people they are attached to.

So, I pose the question, “who are your people?” because I think the answer deeply affects how you move through this world – how you value your neighbor’s life and the life of the person you perceive as a threat. I ask because I know not everyone’s answer will be the same. I think there is one we should all abide by and that is your whole community. I left the conference with the notion that when you start seeing the whole community as yours – to care for and to hold – you can move from a mixed society to a shared one.

About the Author
Dana Schmerzler is from Brooklyn, New York. She received her Bachelor of Fine Arts in Photography and minor in Psychology from SUNY New Paltz. Throughout college, Dana tutored at the local juvenile detention center, volunteered for an arts-therapy program and worked with developmentally disabled adults for three years. Since then she has focused on pursuing her art career, working for leading art institutions such as The Metropolitan Museum of Art. Dana has always been passionate about human rights and conflict resolution and how art could be used to promote these issues. She is currently living in Lod, Israel, participating in a social-change fellowship. Through the fellowship she is interning at The Abraham Initiatives, a non-profit organization that aims to create shared society in Israel. She also teaches English at a local elementary school and volunteers at The Young Adults Center in Lod.
Related Topics
Related Posts
Comments