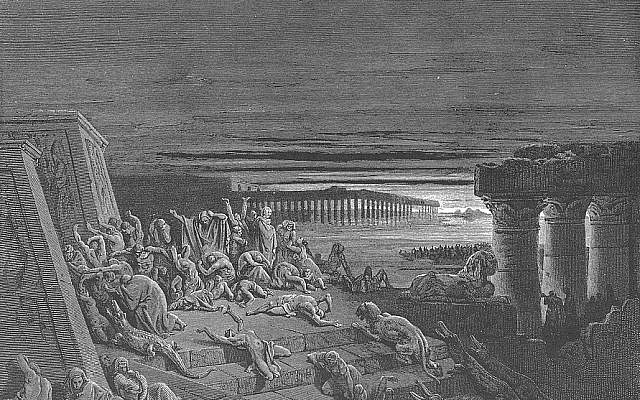 On our second day here in Dakar our son said to us, “Let’s go out to the park and play with our ball.” This was a pretty natural thing for an almost four year old to want to do, and why not, of course there should be a park near our house!

When we lived in Princeton we lived about three hundred feet from a local park. Our apartment in Jerusalem was also just a few minutes’ walk form an amazing playground.  Dakar, however, is different. There are barely any public spaces here. In the entire city I know of one public jungle gym. It’s not that kids don’t play in Dakar. Rather, they play in places and ways that we are not used to.

Two years ago we spent the summer here in Dakar living in a quaint middle class neighborhood. We stayed in an Airbnb complex that housed the only foreigners in the entire area. Everyone else was Senegalese. Outside our front door was a huge dusty lot that was surrounded by family houses and beautiful mango trees. Occasionally taxis would come to the lot to do U-Turns, and a herd of goats lived at the other end of this lot, but really this was the community soccer field.

Every afternoon dozens of kids of all ages would leave their homes and congregate in their soccer field to play together. The kids came from the houses that surrounded the field and as we learned a few days after moving in, these homes were really multi-generational family units. Grandparents and great-grandparents lived together with their children, grandchildren and great grandchildren. We saw family life as we had never experienced it before. Four generations lived together under the same roof, and everyone pitched in to help raise the kids. Cousins would double as babysitters, and the elders would sing traditional bedtime songs to all of the children before they went to sleep. And invariably, every afternoon, all of the kids would leave their homes and congregate to play soccer in their field. 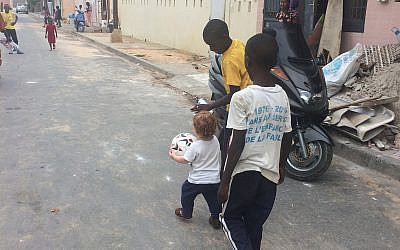 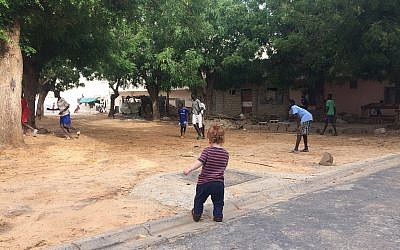 Our son was one and a half at the time, and as you can imagine a red-headed white baby really stood out on our block. The neighborhood kids quickly took an interest in him. Young children would knock on our front door asking to play with him, and even the older kids took time to ‘play’ soccer with him.

Seeing this model of community and family living was one of the highlights of our trip in 2017. It was also one of the things I was most excited about for our return to Dakar. Unfortunately, I was in for a big surprise.

This year, we decided to live in a slightly fancier neighborhood so that we can be within walking distances of our children’s schools. Upon arriving we realized that our neighborhood had a totally different feel to it. We live on a beautiful block, lined with coconut and mango trees but there is no community lot where the local kids play. In fact there are no Senegalese kids at all. All of the adults on our block are ex-pats who are affiliated with international organizations like the US Embassy, the UN or the Red Cross. Every house has a big wall around it and is guarded by a security guard. Behind these walls our neighbors have small private yards and private pools. Nobody plays in the street. 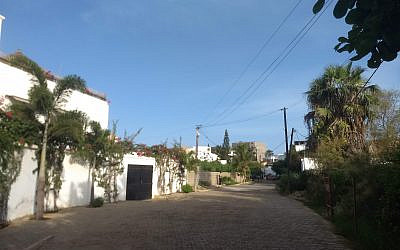 View of our street. (Courtesy of author)

We have been here now for three months and have only met three neighbors on our block. We are the only house on the block without a private backyard, and we are the only family on the block without a car. A UN employee I met recently told me, “I never walk anywhere in Africa, even if I can going 500 feet, I take the car.” That has not been our experience, but it feels like that is the experience of many international people who live here.

Nevertheless, we are having a great time. Instead of playing in a community field, we play soccer with our kids on our quiet street. Most afternoons my son enlists the local guards to play with him as well. They pass him the ball amongst shouts of “ça va, mon ami?” (How are you, my friend?) and they pick him coconuts from the trees on our block.

There is a strange paradox in all of this: It seems like the more money you have, the more isolated you are from your neighbors and community. It is not that being wealthy prevents you from being close to other people. We are living a privileged life here in Dakar, and have still been able to create a community of friends in the city. Nevertheless, it seems that having a more modest lifestyle here encourages you to interact more with your neighbors and build a stronger and larger community.

With this in mind, I began to think about this week’s Torah portion in a new light. I realized that one of the most blatant differences between the first few chapters of Exodus in parshat Shemot, and the chapters we read this week in Va’era is the transition from reading stories about individual slaves in last week’s portion, to reading about the Jewish people, a community, in this week’s portion. It is clear that one of the goals of the exodus story is to turn the Israelite people from enslaved individuals in to a nation in order create a community with a collective identity and purpose.

While enslaved, the Jewish people were not able to think beyond themselves. They were individuals focused on their own survival. This makes sense. It is hard to have a large perspective on life when every day is a struggle.

How did these slaves go from being individuals to becoming a community? It seems to me that this process began with the ten plagues. While the plagues are intended to punish the Egyptians, I think they served an additional purpose as well: They helped create cohesion and community amongt the Israelite slaves.

This is best exemplified in the last plague, the death of the first born. Before this plague, God instructs all of the Israelite families to gather together, to create their own little community, in order to eat the Passover sacrifice together. This is also the direction that many classical Biblical commentators take when pointing out that the Israelites were spared the wrath of the plagues. Naturally, witnessing these plagues and surviving this experience helped forge the Israelite people in to stronger, more united community. I also imagine that in a time of great tumult, with plagues and destruction all around them, the Israelites were forced to become more reliant upon one another. In this sense the plagues helped turn the Israelites from individual slaves in to the People of Israel.

What does this mean for us?

I do not think that people cannot have strong families and communities if they have privilege and wealth. My life experiences and the many beautiful, communities that I have been part of have shown me that this is not true. However, it is definitely harder to create communities when we build walls, physical and psychological, around ourselves. It is worthwhile for us to examine in what ways we can become more connected and reliant upon each other. How can we create stronger, healthier communities? How can we take down some of the walls that separate us from each other and become a stronger and better People of Israel?