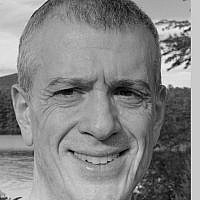 The Blogs
Ed Gelb
Apply for a Blog
Please note that the posts on The Blogs are contributed by third parties. The opinions, facts and any media content in them are presented solely by the authors, and neither The Times of Israel nor its partners assume any responsibility for them. Please contact us in case of abuse. In case of abuse,
Report this post.

Jewish law derives from the written Torah (five books of Moses) and the Oral Law that our sages wrote down in the centuries after the destruction of the Second Temple. The evolution of what exactly constitutes idolatry is clarified and discussed in these sources.

The first two commandments say that (1) You should have no other god before Me, and (2) You should not make any graven images. The first step to understanding how idolatry applies to the Confederate statues is to look at the passage in the creation story that states that all of humanity is created in God’s image. Each of us has a divine spark and therefore each of us has God inside of us. Because we all descend from the original human, all of us are holy and equal. Any human who puts themselves above another would then be putting themselves above God.

There are several rabbinic texts that explain that arrogance and anger are acts of idolatry. “Rabbi Yoḥanan says in the name of Rabbi Shimon ben Yoḥai: Any person who has arrogance within him is considered as if he were an idol worshipper.” (Sotah 4b) Further, Rabbi Yoḥanan ben Nuri says, “One who rends his garments in his anger, or who breaks his vessels in his anger, or who scatters his money in his anger, should be like an idol worshipper in your eyes, as that is the craft of the evil inclination, until eventually, when he no longer controls himself, it tells him worship idols and he goes and worships idols.” (Shabbat 105b)

Arrogance allows you to believe that you are more important than anyone or anything – including God. Anger unchecked leads to destructive behavior. For example, in an abusive relationship, explosive anger is the means to control others, keep them in fear and force them to obey you.

These concepts combine together to argue that the Confederate statues and memorials are a form of idol worship. Most of these statues were put in place during the time of the Jim Crow laws. The statues were erected to intimidate Black Americans and keep them subjugated. The arrogance of thinking one race is better than another is idol worship because everyone is created in God’s image. The statues of Confederate heroes and military officers reminded Black Americans that anger and violence would be unleashed upon them if they dared to claim their rightful equality. Anyone who built or endorsed these statues and monuments in order to intimidate were using graven images to control Black people – this is textbook idol worship.

What should be done with these statues and memorials now? One could argue that putting them in a museum or similar educational setting where their role could be explained and taught is appropriate. A broader question is whether or not we should place any statues outside of museums and cemeteries. Tributes to George Washington or Thomas Jefferson were not placed to subjugate or intimidate others, but their history with slavery does cause pain to others. A statue, by definition, is glorifying another human and placing him or her above others. It is a dangerous road to start down. Giving credit to people for great ideas or acts is appropriate, but maybe it is time to find ways to do so without creating graven images.

About the Author
Rabbi Ed Gelb has served 15 years as the CEO/director of Camp Ramah in New England. Ed joined CRNE after a successful five-year tenure as director of Camp Alonim, which is affiliated with the Brandeis Bardin Institute. Raised in Wyoming, Ed is a longtime Ramahnik, having served on the staffs of Ramah California and Canada. Ed currently serves as head coach of the varsity boys basketball team at Maimonides School. Prior to directing Camp Alonim, Ed was a teacher, administrator and basketball coach at Yeshiva University High School in Los Angeles. Ed received his ordination from the Ziegler School of Rabbinic Studies and graduated from UCLA with a BA in History. He lives in Sharon, Massachusetts with his wife, Tami, and their children, Yoni, Emma, Tova and Zachary.
Related Topics
Related Posts
Comments