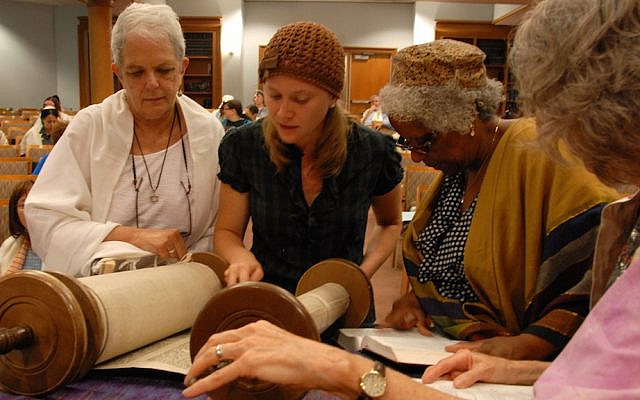 For Conservative Judaism in America, the news lately has been ominous. Looking back over the years, it’s even worse! Which raises the question: does it have a real future?

I started thinking about this when a friend sent me some news from my old Washington Heights neighborhood (in Upper, Upper Manhattan) where I grew up. The main Conservative synagogue there, Fort Tryon Jewish Center, had to sell off its building to a condominium contractor. A minor piece of news, I thought – and then a larger item appeared a few days ago: the American Jewish University in Los Angeles (other than the JTS, the only Conservative Rabbinical Ordination school in the US) was selling off its lovely campus! Yes, it plans to continue working, as the JTA reported: “American Jewish University announced the decision in a letter to its students that said the sale would help pay for more academic offerings and community programs as the institution increasingly turns digital.” Virtual education might help future rabbis to deal with Zoom prayers, but that’s not what “minyan” Judaism is all about.

And then the true shocker appeared in the news: next year there won’t be enough new Conservative rabbis to fill all the vacancies in the movement’s American synagogues! If the most important role in an organization can’t find enough “workers,” that sounds like the beginning of the movement’s death knell.

What happened? The short answer is that for any religious sect or denomination it’s tough to be “caught in the middle.” Religion has a tendency to push people to extremes: either “liberal universalism” (Reform Judaism; Christian Unitarianism) or “dogmatic particularism” (Orthodox Judaism; Catholicism). Put another way, it’s easier to either go with general society’s zeitgeist flow or hunker down and adhere to strict traditionalism. Finding a middle way is fraught with compromises – not something that “religion” excels in.

Perhaps the best example of this conundrum in which the Conservative Movement found itself was the mass Jewish migration after WW2 from the cities to the suburbs. The problem: in the suburbs people tended to live much further away from the synagogue – not in walking distance for most congregants. The question became: should the Conservative movement go along with Reform Judaism that permitted driving to synagogue on the Sabbath, or stick to age-old halakhic proscriptions that traditionally forbade this (because the auto’s internal combustion engine involved “fire”)? After much internal, earnest, halakhic debate, a decision was issued – to split the baby in half: only driving to synagogue was permitted, but not to anywhere else on the sabbath. It doesn’t take a social psychologist to understand that this distinction would not be “understood” by the movement’s parishioners, nor adhered to.

Worse yet, not only was the decision halakhically untenable (using fire is one of the 39 totally strict prohibitions regarding Sabbath activity), but this only further encouraged the movement’s adherents to live further away from the neighborhood where the synagogue was located – thereby distancing Conservative Jews from each other even during the week! Any sense of a tight Jewish community quickly evaporated.

Whether because of this decision or not related at all, the ensuing decades were witness to a growing sociological gap between the Conservative leadership (rabbis, etc.) and the laity. Whereas the former (the Jewish Theological Seminary leading the way) continued to try and adhere to Jewish halakha in its decisions (most of the time successfully), many and then most of its Jewish constituency lived lives increasingly disconnected from Jewish law – for example, at first eating non-kosher only outside the home, and then also inside the home. There was a limit to how “liberal” the JTS could be (even the School of Hillel 2000 years ago was flexible only up to a point), and the laity either jumped ship or simply ignored the JTS strictures from on high. Indeed, one of the reasons that there aren’t enough Conservative rabbis today is precisely this disconnect: who would want to shepherd a flock that refuses to follow the path?

Let it be said that the Conservative movement has done some wonderful work. Its Camp Ramah network is a jewel (I worked there for several years as sports director and educator). The Solomon Schechter Jewish Day School chain has provided great Jewish education to tens of thousands of the movement’s youngsters. But neither could fully service the million or more congregants that Conservatism had decades ago.

Of course, if the Conservative movement ultimately disappears, that is not to say that its adherents would stop living Jewish lives. Many will continue to move “leftwards” to Reform Judaism, itself becoming more Jewishly traditional over the years; others will move “rightwards” and find common cause with “Modern Orthodoxy” – especially its more egalitarian wing that is making mighty efforts to square Orthodoxy with the circle of women’s equality. It is questionable whether American Jewry will really suffer in any way if only two major denominations survive (three, if you want to count ultra-Orthodoxy as distinct, which in many ways it certainly is). The future of American Jewry is not a question of how many denominations survive; rather, it’s a matter of how many Jews remain altogether within the Jewish fold, living lives that can be said to have significant Jewish content.