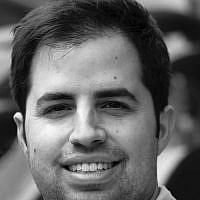 The fledging Jewish community in Palestine at the turn of the Twentieth Century had no shortage of challenges in establishing a State of their own. Brackish water, sweltering heat, and tribal conflicts made daily life undesirable. Malaria, however, was the most understated problem to torment locals. Thanks, pesky mosquito.

The accepted scientific knowledge during this period concluded that mosquitoes could only lay eggs on water, though recent studies relating to mosquito reproduction habits have been surprising. Going along with this original reproductive perspective, there was one main ecosystem where Malaria, and its mosquito-Uber drivers, flourished. Unsurprisingly, it was in the multitude of swamps throughout the northern and central areas of the British Mandate.

While swamplands have incredible flora and fauna that is hardly appreciated, the prevalence of disease-carrying insects made early Jewish settlement incredibly difficult. According to entomologists and some leaders in the Jewish world at the time, the fate of Zionism and Malaria were intertwined. Something had to be done.

The Weeping Willow tree has approximately 400 variations, with all of them originating in Northern China. However, before botanists learned that the original ‘’Made in China” product was of the highest quality, we believed that this organism began its journey in the Middle East. After all, it was under the misidentified “Babylon Willow” that the Hebrews wept for Zion.

The Willow tree has had a nomadic existence thanks partly to its mystique. The bark was often used for medicinal purposes, such as pain relief. Shakespeare had written Willows into his plays on no less than three occasions (Othello, Hamlet, and Twelfth Night).

This was the tree that eventually made its way into the swamps of the Hula Valley in the Galilee and, what is today, Petach Tikva. While many methods were used to drain swamps, the easiest was planting these mammoth trees. Though the Willow can be rather drought tolerant, it loves to live by water. Enough of these trees, with their aggressive root system that can often lead to burst pipes in your home, dried up the hotbeds of Malaria and mosquitoes in no time at all. Not long afterwards its purpose was met, these behemoths were mostly cut down and replaced by forests of Ponderosa Pines.

In times of political and social uncertainty, we must consider the tree. Each and every ecosystem on the planet has changed in one way or another. Often times, we have negative perceptions of change; Old World diseases ravaging New World ecosystems, gentrification, and Climate Change, to name a few. However, we are often forgetful of the positive that comes with change; immigrants finding a better life, societies becoming more democratic, and a caterpillar morphing into a butterfly.

While undoubtedly, the integration of Willow trees into the swamps of Hula Valley did plenty of good, its removal also led to the destruction of a brand new ecosystem that had developed. Relatively recent research into trees has led to a whole new understanding of their interconnectivity. A “Wood Wide Web” ecosystem in which trees do not compete for resources as previously believed, rather share and help one another. This is an incredible insight into the ability of a forest to survive. Most importantly to note, trees that are part of a diverse ecosystem thrive and flourish. Each tree has special qualities, needs, and growth patterns that can often complement different species without any difficulties. This would never be possible without comprehensive changes and adaptations throughout the eons.

In other words, can this form of interconnectivity positively impact our own societies? The growth of American society has often been on the backs of immigrants (and of course, slaves) that have had different outlooks and attitudes. Their inclusion has been instrumental in the building of America’s cities and economy.  An understanding of the benefits of interconnectivity has even found its way into the heart of Silicon Valley, where companies have adopted open-office spaces to foster collaboration. And despite some displeasure from introverts, there seems to be plenty of benefits to be had.

Vigorous dialogue, new ideas, and a fresh perspective have always been at the forefront of successful civilizations. Anytime this delicate balance would stray off course, things would begin to unravel. While in Nazi Germany it began with the burning of books, in the forest it begins with the cutting down of a tree. So perhaps for the sake of our own society, consider the tree.

About the Author
Author is an educator in the non-profit world. Volunteers his time leading tours at a variety of local Museums, including the Holocaust Museum.
Comments