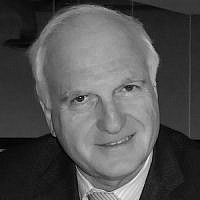 The Blogs
Robert Eli Rubinstein
Apply for a Blog
Advertisement
Please note that the posts on The Blogs are contributed by third parties. The opinions, facts and any media content in them are presented solely by the authors, and neither The Times of Israel nor its partners assume any responsibility for them. Please contact us in case of abuse. In case of abuse,
Report this post. 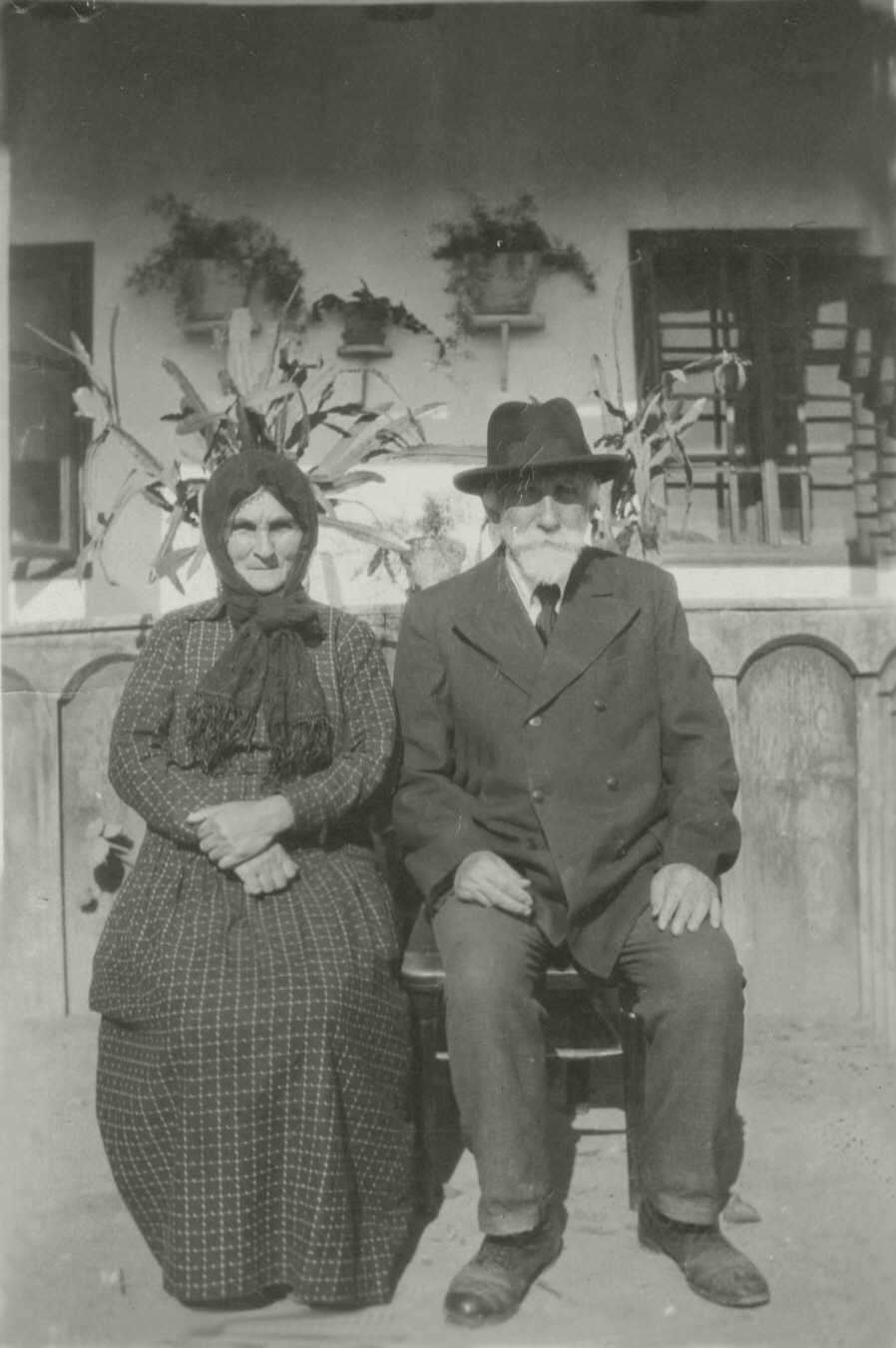 Sometimes it takes a cataclysm for us to see what is lying before us in full view.

My father, Béla Rubinstein of blessed memory, was born in 1908 in the bucolic village of Szentistván in northeastern Hungary. By the time he entered the world, his traditionally observant parents and siblings were the only Jews remaining in the village of Magyar peasants, among whom they lived peaceably if disconnectedly. My father was the second youngest of 12 children.

When Hungary entered the Second World War on the side of Nazi Germany, Béla, his younger brother Dezső, and two older brothers, Armin and Isidor, were conscripted by the antisemitic government into forced labour battalions. In a dreadful twist of fate, this harsh exile ended up saving their lives. In April 1944, while the brothers were far away from home, their aged mother along with their wives and children were rounded up and transported to Auschwitz-Birkenau. Their two older sisters, Hinda and Leah, both married with children, met the same cruel end.

What about the six eldest Rubinstein children? My father never spoke of them. Deeply shaken by his wartime traumas, he had resolved that as far as he was concerned, his life began on September 19, 1948, the day he disembarked from the ship bringing him to Canada. He simply declined to talk about anything preceding that date.

I did not even know the names of my father’s vanished siblings. When I queried my late mother, who was not acquainted with my father’s family before she married him, she told me that as far as she was aware, they were all strapping young males who died one after the other during a terrible epidemic. What kind of epidemic was it? Who knows? Typhus perhaps, or cholera? In the primitive Hungarian hinterland of long ago, there were barely any doctors, and virtually no medical facilities. With our hubristic expectation that modern medicine can cure all ills, it is hard for us to imagine, but back then, things were different. Those who fell sick would simply remain at home, lying in bed and drinking plenty of hot tea, until either they recovered or the Angel of Death took them away. There was no diagnosis and no post mortem.

Given the world’s current preoccupation with COVID-19, many stories have been appearing in the media concerning contagions throughout history. Learning about one of these in particular a century ago led me to an epiphany regarding the circumstances of my uncles’ mysterious and tragic demise.

In the summer of 1918, as the First World War was grinding to an end, a catastrophic pandemic known as the Spanish Flu erupted, ultimately causing at least 50 million deaths throughout Europe and North America.

The Austro-Hungarian army was suffering grievous losses on the battlefield. When civilians back home inexplicably started falling ill and dying in substantial numbers, the government did not allow the media to report candidly about the phenomenon, because they did not want the war-weary populace to become still more dispirited. Morale-boosting propaganda dominated the press, with vague references to the unexplained civilian deaths buried in the back pages.

Quarantines were implemented on a limited basis and as a last resort when it was no longer possible to conceal what was happening. Such measures were taken only in the large urban centres, where the relatively sophisticated and politically connected populace demanded action from the authorities. Consequently, city-dwellers were less afflicted by the Spanish Flu than those who lived in small, remote places. (Quite the opposite of what we are seeing today.)

The Hungarian countryside was disproportionately ravaged by the pandemic. Most of the fatalities occurred among young people in their 20’s. This group apparently had no resistance to the highly virulent contagion, unlike preceding generations which had been exposed to earlier, more benign strains. In addition, very few of the victims were elderly simply because, in those days, before dramatic advances such as the invention of antibiotics, relatively few people lived long enough to grow old. (Again, quite the opposite of what we are seeing today.)

I did some simple math: My father was ten years old in the fall of 1918. Assuming that his ten older siblings were born at approximately two-year intervals, the six oldest would have been in their 20’s when the Spanish Flu struck the Hungarian countryside with deadly fury in the two months before the war ended on November 11, 1918.

Ergo, my lost uncles must have fallen victim to the Spanish Flu.

Imagine the emotional impact on a young boy of seeing his six big brothers struck down one after the other by a cruel, indiscriminate viral enemy. Two and a half decades later, Béla  Rubinstein was to lose his elderly mother, as well as his two sisters, his brothers-and-sisters-in-law, many nieces and nephews, uncles and aunts, and, harshest blow of all, his first wife and two young sons, — this time to an incomparably crueler, diabolically discriminate human enemy.

It is no wonder that he wished to banish his earlier life in Europe from his conscious thoughts.

The strategy worked very well. By leaving the old world behind, aside from the strong Jewish values imbibed in his parents’ home, my father was able to embrace the present and muster his strength to focus on building a better future for a new family in a new land, free of the demons of the past. He remained until the end a warm, decent, compassionate human being, a successful businessman with a strong philanthropic impulse, who was devoted heart and soul to his family, his community, and his people. 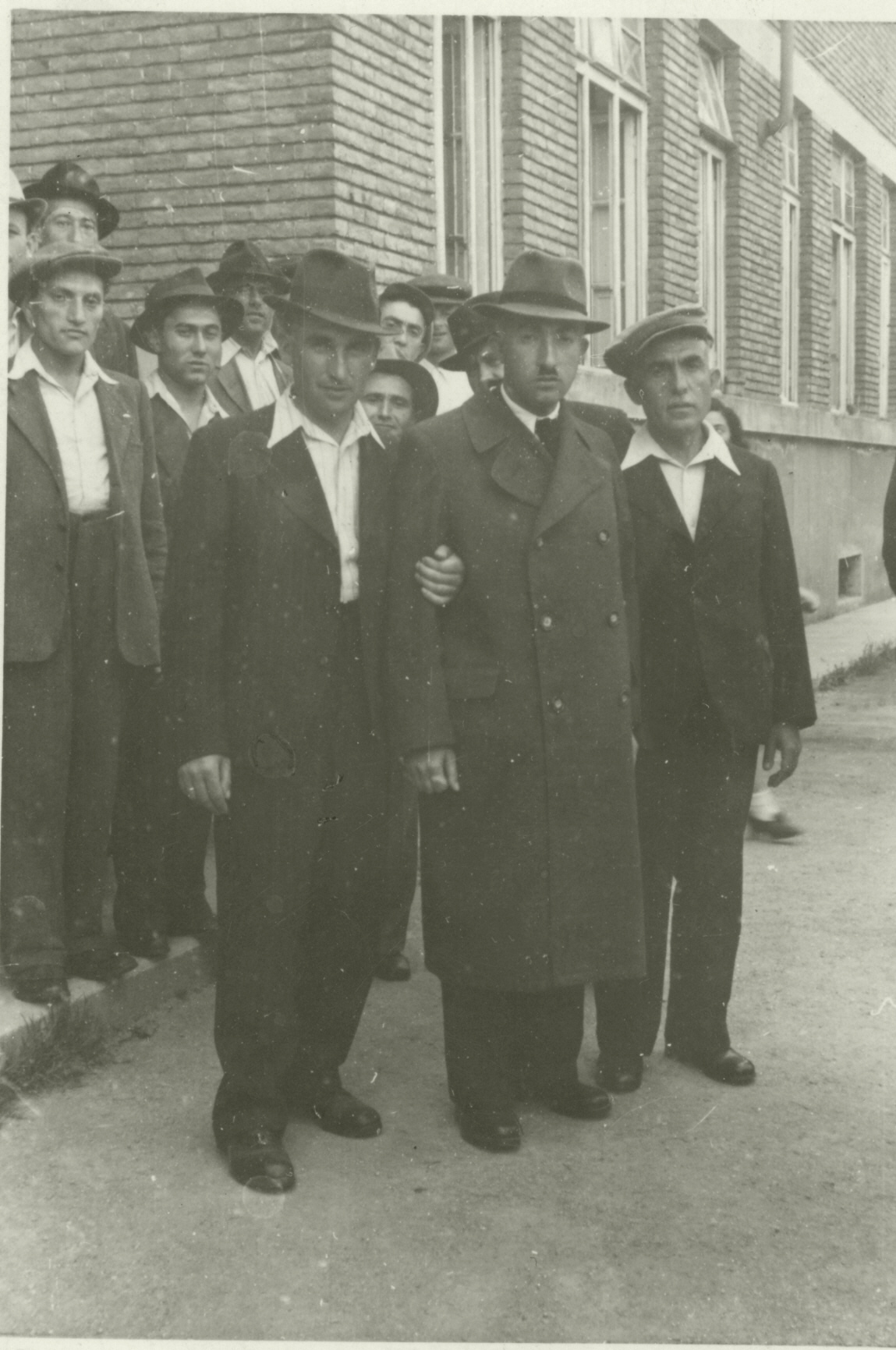 Rubinstein brothers Dezso (left) and Armin (right) accompanying Bela (center) to the Hupah at his marriage to Judit Schwarcz. UNRRA Displaced Persons Camp No. 17, Grugliasco, Italy, June 9, 1947. Courtesy
About the Author
Robert Eli Rubinstein, a businessman and communal leader in Toronto, Canada, is the author of An Italian Renaissance: Choosing Life in Canada, an award-winning account of his survivor parents’ reconstruction of their shattered lives after the War.
Related Topics
Related Posts
Robert Eli Rubinstein
Comments