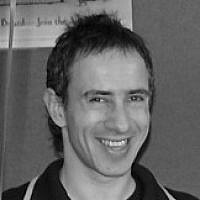 The Blogs
Philip Mendes
Australian Jewish academic and policy commentator
Apply for a Blog
Advertisement
Please note that the posts on The Blogs are contributed by third parties. The opinions, facts and any media content in them are presented solely by the authors, and neither The Times of Israel nor its partners assume any responsibility for them. Please contact us in case of abuse. In case of abuse,
Report this post.

Explaining the ambivalence of contemporary progressives on antisemitism: Some learnings from Sima Arnold’s From Occupation to Occupy: Antisemitism and the contemporary American Left, Indiana University Press, 2022 by Professor Philip Mendes

The resolutions use highly inflammatory language, accusing Israel of perpetrating various heinous crimes including apartheid, racism, and settler colonialism. One student newspaper editor even mouthed ‘death to Israel’ both in print and at a public meeting, provoking fears that hateful anti-Zionist rhetoric could potentially translate into actual violence. Many Jewish students seem to feel that these resolutions are motivated by racist antisemitism as well as political anti-Zionism: https://www.jwire.com.au/adelaide-university-student-paper-death-to-israel/

It is easy to say that there is nothing new here. Back in 1974 and 1975, the highly influential Australian Union of Students passed motions demanding the abolition of the State of Israel and its replacement by an exclusivist Arab state of Greater Palestine. Led by future Labor Party MP Michael Danby, Australian Jewish students established a wide range of political alliances and networks to defeat the motions. A few years later, a number of UK student unions disaffiliated Jewish student societies on the bigoted grounds that they were pro-Israel Zionists and hence allegedly racist. Whilst anti-Zionist progressives mostly deny being antisemites, their language and actions in practice sometimes directly converge with traditional tropes of antisemitism.

An understanding of how contemporary progressives view and frame antisemitism is complex, but some valuable insights are provided in a new book written by a progressive German non-Jewish scholar and activist, Sima Arnold. Arnold has spent more than two decades active in social movements campaigning against racism and antisemitism in Germany and beyond. She completed 30 detailed interviews with left-wing activists from 16 different groups during 2010-11 in San Francisco and New York. Her interviewees were aged from 19 to 73 years, and included 22 women and eight men of whom 16 were Jews. She also conducted nine preliminary interviews with staff from progressive Jewish organisations and journals, examined grey literature and other publications from left-wing groups, and completed what she called ‘participant observation’ of numerous public left-wing events.

Her questionnaire sought to examine the presence of antisemitic attitudes on a range of topics, for example, assumptions that Jews have too much power, Jews have dual loyalties, Jews feel more closely connected to Israel than the USA, and equations of Israeli actions with those of the Nazis. Her judgement was informed by what she called the ‘argumentative and social context’ (p.67) of the views expressed.

Arnold reports a number of key findings. She asserts it is not straightforward to separate progressive anti-Zionist (particularly pro-BDS) activism and antisemitic impact and outcomes. Campaigns that essentialise and target Israelis per se (e.g. academics or artists or sports players) rather than specific Israeli governments or politicians can easily extend to targeting as the political enemy local Jewish students and communities, and consequently employing classical antisemitic stereotypes to confront those opponents.

Some of these anti-Zionist campaigns actively collude with Islamist organisations that have no inhibitions proposing extreme antisemitic policies and programs. Yet, bastions of the Left such as academic Judith Butler, arguably influenced by anti-imperialist campist positions rather than conventional socialist views, have bizarrely classified the antisemitic Hezbollah and Hamas as ‘part of the global Left’.

To be sure, Left events and publications rarely advance overtly antisemitic views. Yet, two obvious exceptions were the remarks by Democratic Congresswoman Ilhan Omar implying a connection between Jewish financial power and political influence, and the inclusion of the antisemitic Nation of Islam leader Louis Farrakhan in the 2017 Women’s March.

But far more significant is the limited debate on the Left concerning antisemitism compared to the multitude of discussions on related issues such as racism and Islamophobia, and additionally the defensiveness when such concerns are raised. Arnold labels this indifference and absence of compassion for Jewish victims ‘antisemitic trivialisation’ (p.228). In her view, progressives are likely to either deny the presence of antisemitism on the Left, or to display tolerance for the views expressed and defend the proponents as occurred with both the Omar and Women’s March cases above, or alternatively apply a hierarchy of oppression lens that attempts to divert the discussion to addressing the ‘higher priority’ of defending Palestinian human rights. In some cases, Jewish activists that raised these issues have been explicitly excluded from progressive groups. The late 19th century German Socialist leader August Bebel’s famous denunciation of antisemitism as the ‘Socialism of Fools’ seems to have become a forgotten footnote of history.

So how bad is the problem? Arnold suggests that there is little overt expression of antisemitism, but nevertheless, that many non-Jewish progressives believe in notions of disproportionate ‘Jewish power and influence’ (p.229). There is a tendency to ignore or downplay the significance of global antisemitism, to refuse to address the merits of such concerns given that Jews are perceived as a powerful and privileged group, and alternatively to assume that those who raise accusations of antisemitism are themselves racists who are solely motivated by a disingenuous concern to defend Israeli policies.

Yet as Arnold notes, the dominant view within sections of the Left is to impose a ‘one sided critique’ on Israel (p.232) that applies what she calls ‘five double standards’ based on ‘Manichaean perspectives’ (p.232), and fail to adopt the same complex analysis that would be attached to any other nation state regarding the existence of major differences concerning class, income and wealth, ethnic background, religiosity versus secularism, ideological and political views, and so on.. One of the major reasons for this demonizing view of Israel may be the decline of earlier significant Left Zionist discourses that highlighted the progressive historical roots of Israel, and its long-standing collectivist social and economic structure.

She also documents the malevolent practice of manipulating some progressive Jews into acting as alibis for the bigoted BDS movement, i.e. providing evidence from a ‘Jewish’ viewpoint that anti-Zionist groups are not antisemitic. And she also reveals the appalling loyalty test by which Jews seeking admission to the Left are uniquely expected to distance themselves from their own national movement or identity, whereas the application of such a political test to other minority groups would be regarded as outright racism.

Arnold concludes that progressives need to recognize that the far Right is not the only danger to Jews, but rather that ‘antisemitic perpetrators can also be Black, Muslim, or Left’ (p.248). So what is to be done? In reflecting on potential strategies, I am drawn to the work of a prominent French progressive Jewish activist, Jonas Pardo, who emphasizes how little the contemporary Left knows about Jewish and Zionist history: https://k-larevue.com/en/from-silence-to-fighting-antisemitism-the-turn-of-a-radical-left-wing-jew/

Pardo concurs with Arnold that antisemitism tends to be a non-issue for the Left. In his view, the Left’s reaction to manifestations of antisemitic violence and terror (for example the January 2015 Charlie Hebdo massacre) is too often what he calls ‘minimisation, denial or justification of antisemitism’. He argues that the Left has little knowledge or understanding of Jewish history or Zionism, and there is an urgent necessity to ‘educate the Left to recognize and confront antisemitism’.

Accordingly, he has developed a training Workshop that overviews the history and politics of antisemitism from the 19th century to today which connects the dots between the tragic rise and impact of European right-wing antisemitism and the emergence, strategies and success of the Zionist movement. Pardo’s workshop approach may well serve as a role model for progressive Jews globally concerned to educate the Left on the complex causes and underpinnings of antisemitism, and the obligation to fight it.

About the Author
Professor Philip Mendes is the author or co-author of 13 books including Jews and the Left: The rise and fall of a political alliance (Palgrave Macmillan, 2014), and Boycotting Israel is Wrong (New South Press, 2015). His most recent critique of the Australian BDS movement has just appeared in Robert A. Kenedy et al (Eds.) Israel and the Diaspora: Jewish connectivity in a changing world. Springer Nature Switzerland, pp.221-238.
Related Topics
Related Posts