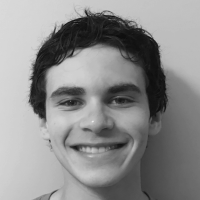 The Blogs
Adam Krauss
Apply for a Blog
Please note that the posts on The Blogs are contributed by third parties. The opinions, facts and any media content in them are presented solely by the authors, and neither The Times of Israel nor its partners assume any responsibility for them. Please contact us in case of abuse. In case of abuse,
Report this post. 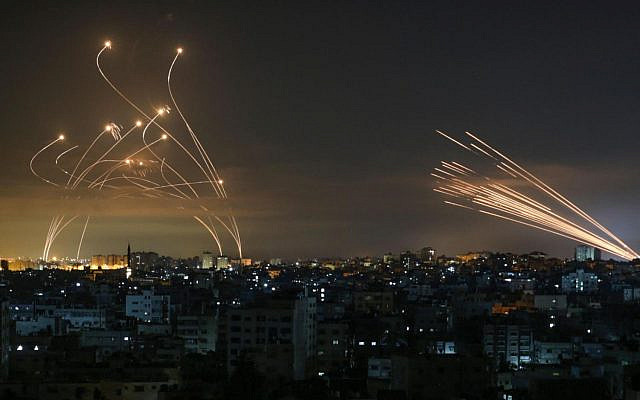 Most news coverage of last month’s Israeli-Palestinian conflict centers around recent events: eviction court rulings, clashes between Palestinian rioters and Israeli police at the Al-Aqsa Mosque, ensuing rockets and airstrikes, and the eventual ceasefire. While the here and now is very relevant, some media outlets gloss over, or outright ignore, the historical context necessary to understand this incredibly complex issue.

Many news sites publish flashy headlines and jarring photos to falsely frame Israel as the aggressor that is murdering innocent Palestinians whose land they greedily occupy under apartheid-like conditions. And on social media, the misinformation is even more egregious. Yes, honest conversations about Israeli policies are completely warranted, but congresspeople, celebrities, and TikTokers alike go much further, maintaining that Israel is mostly to blame for the violence and the United States must discontinue supporting its longtime Middle Eastern ally. This anti-Israel sentiment has become increasingly popular among progressives who see that Israel is more powerful and that Palestinians in the West Bank and Gaza Strip live in poor conditions, so they erroneously deduce that Israel acts out of sheer malice to oppress Palestinians. They ignorantly compare the Middle Eastern conflict to more familiar situations, such as racial inequality in the United States or even apartheid in South Africa, seemingly unaware of how dissimilar these circumstances are.

When progressives westernize the Israeli-Palestinian conflict, they fall victim to the colonial nature of which they accuse Zionists. Israel has been the Jewish homeland for thousands of years, and when exiled, returning to Israel remained a pillar of the Jewish identity. Contrarily, a Palestinian state is a rather recent concept. The Palestinian Liberation Organization founding charter of 1964, written before Israel controlled the West Bank and Gaza Strip, called for the destruction of Israel with no mention of a Palestinian state. PLO leader Zuheir Muhsin said in 1977, “It is only for political reasons that we carefully stress our Palestinian identity, for…the existence of a separate Palestinian identity serves only tactical purposes. The founding of a Palestinian state is a new tool in the continuing battle against Israel.”

The intent is rather explicit. PLO calls for a Palestinian state were, and often still are, entirely meant to undermine any Jewish presence in the region. Israel is happy coexisting with Arabs — many are citizens and can vote, and some Arabs hold seats in the Knesset and the Supreme Court. But unfortunately, too many Arabs and Arab governments are unwilling to coexist with Israel.

We would all be well-advised to follow the admonition of the late Senator Daniel Patrick Moynihan: “Everyone is entitled to his own opinion, but not to his own facts.” Hamas is an internationally-recognized terrorist organization whose objective, as stated in its founding covenant, is to “fight Jews and kill them.” It embeds military operations among civilians and public buildings to conduct terrorism against Israel while maximizing its own civilian casualties, forcing Israel to decide between killing innocent Palestinians and allowing Hamas to kill innocent Israelis. Yes, in the most recent fighting more Palestinians died than did Jews, but this doesn’t mean Israel is at fault. Hamas instigated the conflict by firing rockets at Israel and used human shields so any Israeli response would kill civilians. Describing Israel’s military actions as “war crimes” is a gross misrepresentation of the situation that discounts the aforementioned lose-lose reality. Should Israel take more casualties to justify their actions to foreigners halfway around the world who subscribe to Hamas propaganda?

Ultimately, the Israeli-Arab conflict is, and has always been, about Jews’ right to self-determination in their ancestral land, and even more fundamentally, their right to live. In 2018, author and journalist Frank Fleming aptly tweeted, “I think you’re always going to have tension in the Middle East when there are people who want to kill the Jews and Jews who don’t want to be killed and neither side is willing to compromise.” Pro-Palestine sympathizers insist that many Palestinians don’t want to kill the Jews, but a holistic review of the conflict’s history and present state reveals that regional Arab governments have prioritized terrorizing Jews and destroying Israel, and current Palestinian regimes are no different. Any factual discussion about the recent conflict requires recognition that many of Israel’s antagonistic actions are in self-defense, and anyone who argues otherwise isn’t aware of, or is denying, the context.

About the Author
Adam Krauss is an undergraduate student at Rutgers University ('25) and lives in Princeton, NJ.
Related Topics
Related Posts
Comments
Advertisement