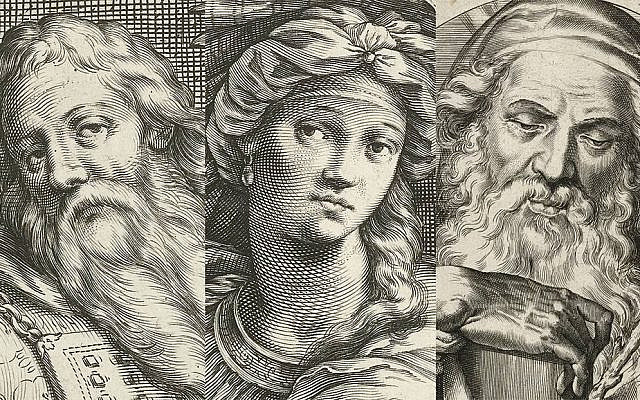 There are many mysteries surrounding the episode at the end of this week’s parsha when Miriam and Aaron say something to Moses with regards to the “Cushite” woman whom he had married.

Most commentators agree that Moses only had one wife, Zipporah, who was a Midianite. So why is she described here as Cushite? What was said and why was it said? Why is Moses’ humility mentioned at this point? Why was Miriam punished, but not Aaron?

It is always wise to look at the context of an event in the Torah narrative because, although the text is not always chronological, there is always a thematic connection. Immediately prior to this episode, we read about G-d’s anger with the Children of Israel over their complaints about food. Manna from heaven was not good enough for them; they demanded meat. G-d sent them quails — indeed, a plague of quails that they ate for a month!

At the same time, and perhaps because of this incident, it became clear that Moses could not manage this people alone. Miriam and Aaron were also prophets and had their respective leadership roles but more help was needed. Moses appeals to G-d, who responds positively. Seventy more elders were given the power of prophecy and the wisdom to adjudicate disputes. (Jethro, Zipporah’s father and Moses’ father-in-law, had recommended devolution of leadership some months earlier.)

According to midrash, at the inauguration of these prophets, Zipporah was standing on the outskirts of the camp alongside Miriam. When she heard that there were to be more prophets, she expressed her sympathy for their wives. Apparently, Moses had ignored his conjugal duties since he had taken over the leadership of his people.

This is what Miriam told Aaron and the two of them decided to confront their younger brother about it.

Seen in this context, Miriam and Aaron were defending Zipporah and, by default, criticizing Moses. One can imagine that Miriam would have empathy towards another woman and would take the lead in the conversation. Her relationship to Moses was maternal. She had watched over him when he was on the Nile. Those protective instincts would not have disappeared. In addition, as a wife herself, she would be able to articulate the feelings of a woman. (Interestingly, it requires midrash for us to know the identity of Miriam’s husband or even the fact that she married at all. It is not explicit in the Torah.)

If we accept this version of events, the term “Cushite” is used here to highlight Zipporah’s attractiveness. Miriam is saying to her brother, “You have a gorgeous wife, but you are ignoring her.”

But, says the Torah, Miriam was not right to reprimand her brother. Although she and Aaron were prophets, they were still fully engaged in family and communal life. Moses was not. He was too humble to say so, but he had acquired a unique level of spirituality that required him to abstain from normal relationships.

The relationship of this story to the story of the people’s desire for meat can be re-visited in light of this understanding. Having just left Egypt, the people were more concerned about their physical needs and benefits than their spiritual. They measured their well-being by meat, a metaphor for material comforts. G-d’s response is to appoint more prophets, whose main role is to minister to the people’s spiritual needs.

Both stories are teaching that although we have physical needs and desires which are not in and of themselves evil, when they distract from our spiritual growth and fulfilment, they need to be set aside.

Miriam and Aaron were not among the people who were demanding meat, but their demand that Moses “come down” to their level was a similar misunderstanding. He had superseded his physical needs in pursuit of his unique spiritual mission.

The punishment, tzara’at, also sheds light on the principle that was being taught. Tzara’at is a physical manifestation of a spiritual flaw. It is not “leprosy” or any other disease that can be treated medically. Our bodies need physical nourishment; we also need to be concerned about our spiritual well-being. If we fail, there can be physical repercussions.

Unlike medical conditions, one recovers fully from tzara’at if the appropriate atonement is made. The long-term effects are spiritual growth.

I can’t pretend to be comfortable with the fact that Miriam alone acquired tzara’at and had to be in quarantine for a week, when the text says that Aaron was also involved, even though I have suggested that Miriam’s role was dominant. But I can at least rest easy that the isolation was temporary and Miriam is restored to her place. In fact, both her brothers are greatly distressed by her punishment. Even more so, the entire people is distressed. For Miriam, this must have had two effects: first, she would be heartened by the support, but also, she would have come to realize just how much influence she had. Like Moses, this is part of the burden of leadership. A higher standard is expected.

Sadly, Miriam, who is such an important character in the story of the exodus from Egypt and the journey through the desert is only mentioned by name five times in the Torah and three of the incidences are here, in this story where she is potentially seen in a negative light. However, I choose to see her actions here as positive. She stands up for her sister-in-law; she confronts her brother, even though he is an authority figure; she realizes her mistake, takes her punishment, and emerges stronger than ever, and reaffirmed in the eyes of her brothers and the public.

Sometimes, we make a mistake when we speak up about a perceived injustice, but not speaking up can have more serious consequences. Miriam spoke up.