My Dvar Torah is not about Dr. Salk and Dr. Sabin, though people of my generation remember the solemn summertime warnings not to get overheated when we were outside playing: We might get polio. 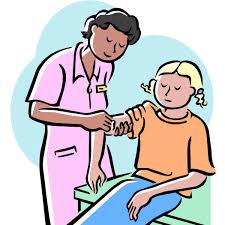 Now I am certain that none of us would care at all if a native woman in a South American rainforest noticed how making tea from a certain bark cured every member of her feverish, coughing, shaking, languishing tribe who recovered quickly and completely, as long as the sophisticated scientists picked up on it, used their million-dollar pieces of equipment, refined it, and produced the coronavirus vaccine.

Who cares where or how it happened? Just so long as it did, and the suffering stopped. But as I mentioned, my Dvar Torah about Jewishly coping is not so cosmic as those two Yiddin, who wiped out polio.

The practical and down-to-earth therapeutic tools are much simpler. Furthermore, this is not about one-upmanship, how the Jews beat out the entire the rest of humanity. Still, my topic is a Jewish one.

Two sources came to mind as I was formulating what to write about Jewishly relating to this monstrous situation: The Borsch Belt and the Talmud:

The Borscht Belt: A very old joke — the punch lines are better in Yiddish — goes like this. A rabbi on the Bima is giving a eulogy for the woman lying in a coffin on the funeral home gurney a few steps below. He praises her involvement in all things in the synagogue, her generosity with money and time, the children and husband who adored her and her commitment to Judaism. 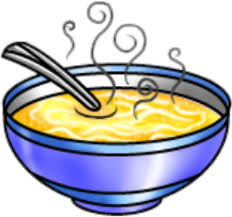 Suddenly, a woman in the back stands up and shouts, “Give her some chicken soup!” The rabbi ignores her but by the third time she interrupts him, he looks up and says rather forcefully, “Lady, ‘svet gor nisht helfen-It won’t help!” Again, shouting, she says, “‘svet gor nisht schatten!-It wouldn’t hurt!”

The Talmud (Ta’anit 22a): In a certain crowded marketplace where many people are moving ahin und aher-all over the place, a certain Rabbi Broka is having a conversation with Elijah. (Yes, the prophet. In the Talmud this happened on occasion.) The rabbi asked if anyone there was destined to be rewarded with the blessings of The Next World? Elijah pointed out one, and then the rabbi asked, “Is there anyone else?” Elijah spotted two people and said, “They are destined for the Olam HaBa.” Rabbi Broka approached them and asked them just what they did to merit such a reward. Their answer, “We are jokers. We make sad people laugh.”

One etymological note: the Aramaic word “atzivei” (Hebrew: atzuv) has a range of meanings beside “sad” including depressed, feeling “down”, sorrowful, in pain. Even if any of those feelings have been felt by any of us, even for the briefest fleeting moment, they are included in the meaning of the Talmudic story.

I’m not a psychiatrist, psychologist, or any other type of therapist and this is not an essay on the benefits of humor. It is meant as practical suggestions for dealing with our present situation.

a. We must have missed it.

b. Earlier on in this Time of Siege, we should have recognized them as our Rebbis, to relieve our stress and help us overcome our disorientation.

c. After their skits and routines, did we not feel, at least to some degree, better, calmer, less obsessed with tomorrow – at least for a little while? It wouldn’t hurt. 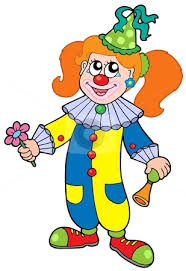 2. Add to that any cartoons you might discover in a book, a newspaper, online, one- liners you may have heard or read – USE YOUR SOCIAL MEDIA TOOLS AS MITZVAH-TOOLS to create smiles, laughs, belly-laughs – anything what will relieve the other persons of being atzivei.

3. These are the Jewish rules: You must use your sechel, your discretion as to what is appropriate, even censoring yourself. Nothing off-color, no practical jokes or pranks (infantile or otherwise). “Smile, you’re on Candid Camera”, often made me very uncomfortable. Call me a wimp. And no laughing at misfortune (what is funny about someone slipping on a banana peel or similar slapstick, anyway?), no ridicule at bloopers, no cutting or vicious sarcasm (though, in a courtroom it might be appropriate for a defense attorney attacking a prosecutor to save a life or uphold justice) no mean-spirited low blows or jibes, clever as they may sound at first.

Nothing vicious even if someone else thinks it is hilarious. Not the least hint of anything meant to diminish another person. Me tor nit-we don’t do those kinds of things or spread them around. Think more along the line of Will Rogers and Mark Twain in his gentler moments.

As I said at the outset, I offer nothing metaphysical, earth shaking, profound, or cosmic. Just some easy-to-do Mitzvahs available to all of us. ‘s vet gor nisht schatten!-It wouldn’t hurt!