There is no doubt in my mind that Jeremy Corbyn does not hate Jews. I do not think that he would plot mass murder against Jews. He would not object to one of his children marrying a Jew. He’s not a Haman or a Himmler or even a Hamas or a Hezbollah. He’s not a wicked racist anti-Semite. There is every sign that he’s the sort of person who thinks that Jews are just fine people as long as they’re not in charge of a country. Jews, in this view, are at their best when they’re funny or thoughtful, preferably elderly and secular, ideally left-wing. 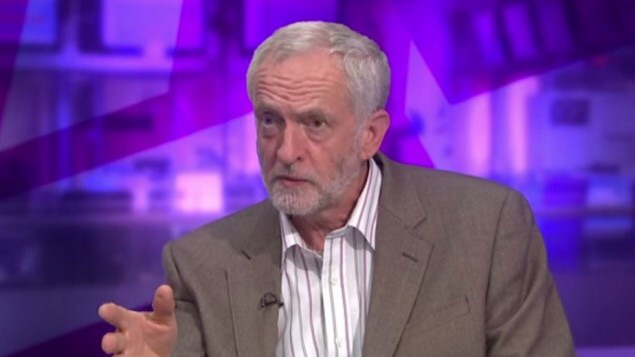 In this view he is wholly unremarkable in Britain and in Europe. This view is problematical for European Jews, but Corbyn is not himself a dangerous figure because he will not become Prime Minister without a significant change in British politics.

Jeremy Corbyn will, if polling is to be believed, become the Leader of the UK Labour Party at the end of the current shambolic leadership selection process. He was introduced into the process to spice things up, and that he has done.

The three mainstream, electable leadership candidates are a fairly dull lot. They are filled with professionalism. Every one of them has what in UK government is called a ‘policy head’. They have spent their careers thinking before speaking and considering their ideas before committing them to paper. Two of them, Andy Burnham and Yvette Cooper, were ministers when Labour was in power. Both of them have been First Secretary of the Treasury (a tough job with a lot of power) and they both have solid records of running government departments.

Corbyn, with a career on the back benches, has been free to say what he pleases. This means that he has been able to chair the Stop the War Coalition since 2001. The Stop the War Coalition, which manages to include both Quakers and Islamists, founded to oppose war in Afghanistan, was strongly anti-Israel in its literature from its beginning. He has been able to host Islamists with weak records on human rights. He has had the luxury of not inquiring too deeply about holocaust denial in the group Deir Yassin Remembered while attending their events and making donations. The right-on champagne socialists of Islington have been happy to elect him on this basis for years.

Now, however, he is facing scrutiny for what he’s said and done. Based on this scrutiny, even if he is not himself a Jew-hater (and he is by all accounts a sweetie-pie without a hateful bone in his body), he seems to be awfully friendly with Jew-haters.

The appalling Yasmin Alibhai-Brown sought to show that Corbyn associates both with ferocious Jew-haters and with Jews. She defended Corbyn by saying that some of his best friends are Jews. She cited two, one of whom (Mike Marqusee) is dead and one of whom (Ken Loach) isn’t Jewish. (The Independent changed the text to substitute Mike Leigh, a film-maker who, like Ken Loach, wants to boycott Israeli cinema, but who unlike Ken Loach is actually a Jew.)

That is, however, neither here nor there. It tells us a lot about Alibhai-Brown, and not a lot about Corbyn. He might have an army of Jewish friends hanging around his kitchen, or he might have none. There are only half a million or so Jews in the United Kingdom, after all, and even a powerfully nice man like Corbyn (and by all accounts he is a lovely man) might not have Yids among his intimates.

Bringing to light his willingness to host outright Jew-haters like Israeli Islamist Raed Salah is considered mudslinging by his defenders. I expect that behind closed doors his supporters blame the Zionist-controlled media. This is, however, no more and no less than the scrutiny that every other politician of national prominence faces.

Corbyn, I expect, has nothing against Jews as individuals. His anti-Semitism, which his defender Yasmin Alibhai-Brown might prefer to call ‘anti-Zionism’, far more closely represents a strain of European politics, which can be found on the left as well as on the right, happy to call Hezbollah ‘friends’ as a ‘diplomatic’ courtesy, but who would never in a million zillion years call a member of the Likud Party a friend. Jews, by the lights of this strain of European politics, probably have undue influence on, especially, the US government; but also on European governments.

The enthusiasm for Corbyn among the Labour faithful is connected to this genteel anti-Semitism. Corbyn rejects New Labour and all its works. Among New Labour’s works was a good working relationship with Israel (in spite of the best efforts of some in the Foreign and Commonwealth Office); and a rational, ideology-light approach to achieving security for Israel and equity for Palestinians.

What was New Labour? In the 1990s a movement grew, led by Tony Blair and Peter, now Lord, Mandelson; which changed the Labour Party from a doctrinally muddled socialist party to a doctrinally rather less pure party of fabian social democracy. This movement took control of the party in the early 1990s, won the 1997 general election in a landslide, and governed the United Kingdom until 2010.

What made New Labour electable was its appeal to the centre. Of course it appealed to the centre by having centrist policies, and during what we might in future call ‘Labour’s Electable Period’ the party became very much a party of the left-of-centre rather than the Left.

New Labour also re-drew the picture of the Labour Party to include a very strong civil-libertarian element, wholehearted support of the European Union, support for NATO, and what became a readiness to intervene globally. The UK’s interventions in Kosovo (1999) and Sierra Leone (2000) were very much a product of New Labour’s Gladstonian liberalism and a continuation of Conservative policy.

Tony Blair and Gordon Brown were both regulars at Labour Friends of Israel events. Their socialism was not the socialism of the European Left and its fondness for the romantic and the revolutionary. Though there was no hope of electoral advantage in it, New Labour was at least lukewarm in its support of Israel as a fellow democracy, albeit a democracy with particular security and minority difficulties.

As long as New Labour could win elections, the old Left of the party couldn’t challenge it for power.

The Labour Party began rejecting New Labour after Gordon Brown’s electoral defeat in 2010. A significant sign of this rejection was the success of Brownite Ed Milliband over his brother the arch-Blairite David Milliband in Labour’s 2010 leadership contest. Labour’s crushing defeat in Scotland this year at the hands of the Scottish National Party, viewed by the left wing of the party as a result of Labour’s centrism, energised the party faithful to seek a leader who was as far from (electorally successful) New Labour as could be.

Jeremy Corbyn is that man. He’s a palaeosocialist, as opposed to a social democrat. He is a grammar school boy, not a public school boy (Blair is), not a university graduate (Blair, Brown and Mandelson all are). He comes from an age when Labour had few if any women or minorities in its senior ranks (the influx of women MPs in 1997 were rather dismissively called ‘Blair Babes’), and when senior gay figures in the party were firmly closeted. He does not wear the dark, sharp, tailored suits that we saw on New Labour’s leaders. He wears a beard, something not seen on a Labour Party chief since the first one, Keir Hardie, who was never Prime Minister.

The most important thing about Corbyn is that because he rejects New Labour’s centrism he also gives up New Labour’s ability to win the Centre.  In the British electoral system that means giving up the possibility of winning uncommitted voters.  Corbyn can’t win without becoming the very thing he opposes.

British Jews are uneasy, we are told. This is not because they fear that Corbyn will sweep into Downing Street with plans to set up concentration camps. He won’t be sweeping into Number Ten without some cataclysm, and the British government is far too good at resisting, when necessary, ministerial whims. British Jews are uneasy because they already self-censor to avoid appearing Zionist. British Jews already feel uneasy about Jew-hatred in the UK, never mind France which is awfully close by. British Jews have for a generation told each other not to congregate outside the synagogue in good weather. British Jews have an itching between their shoulder blades that feels like a target is pasted there.

British Jews, drawn to the Conservative Party by Mrs Thatcher’s meritocratic philo-Semitism and support for Israel, driven away from the Liberal Democrats by their right-on anti-Zionism, are now feeling unwelcome in what was once a Jewish party.

So I’m sure that Jeremy Corbyn doesn’t hate Jews. I’m happy to see his political party take itself out of contention for government by electing him leader. I also know that his sort of anti-Semitism has its own genteel, well-meaning danger for Jews and many would be happier if he stayed on the back benches.