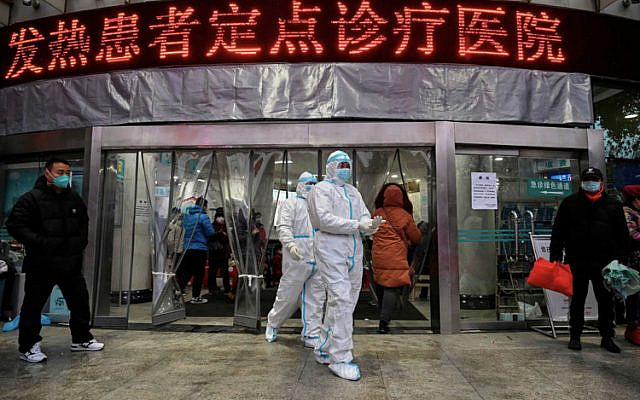 With the spread of Corona virus, most countries are still in shock. China as ground zero for spreading the virus to the whole world, has disrupted many countries. The scale of the pandemic could have been much smaller than it is now, if China did not cover it up and letting the news out when the virus has actually hit Wuhan month before the start of 2020. Now, many politicians from different countries believe that China must be held accountable for the losses and ramifications of this pandemic.

At the peak of the pandemic, most of the countries’ health systems are not able to cope with this crisis and many companies are in the verge of bankruptcy and hundreds of thousands have lost their jobs. The figure expected to rise to several millions.

By the spread of Corona virus, the stock exchanges of many countries have fallen to new low levels and according to experts the GDP of some European countries have decreased about 7%. So far, no country has made realistic and correct decisions regarding this matter and they have resorted to temporary arrangements.

Today, we must raise our voices and state; “if the actions and decisions of politicians and policy makers in the last four decades were to be studied, it will be clear that they lacked foresight in their policies, and they have dealt with problems through short term strategies and policies, and they have not pondered the ramifications of their policies.”

The fact is that the vague and impractical policies of the Leftist politicians of both Europe and US, have triggered a big tremor in their respective societies.

By a brief study of the history, you will recognize the problem of these politicians. Not long ago, the problems were not that great and prominent politicians created great opportunities out of the predicaments and problems; but in the last for decades the problems got bigger and the politicians became more inept.

This is much more evident in the era of “Globalisation”, which most of the politicians follow same direction and their small steps are more evident.

After President Trump was elected, there was a major change in the overall policy and patriotism and merit-based policies were high on the agenda.

The first step was against China, which had monopolized the Globalists’ economy.

New tariffs were imposed on the six hundred billion dollars Chinese imports to the US, and the politicians on the left, both in the US and Europe, started their smear campaign against Trump’s administration and they created problems for his administration on a daily basis in order to weaken his position.

The aftershocks of Corona virus

Today, most of the countries have to deal with the Corona pandemic, every day, deaths, bankruptcies, joblessness, and low index of the stock exchange, shock every one, so far as in the last few weeks the economy ministers of the European Union have had several talks, wanting to introduce bonds for the EU States which was vetoed by Germany.

Now the question is; can a one party communist dictatorship lead a free market capitalist system?

These are the symptoms of the decisions of politicians on the left, one dimensional Globalist policies and economy, in which the other human rights, cultural and political aspects fade or are forgotten.

This indicates that every nation must adjust its economy, based on the nationalism framework with domestic and foreign market. It is not possible or no longer beneficial, to move all the small and big companies’ operations to China, and only consider short-term profits.

Today, we see that, most of domestic companies are dependent on China for simple products; such as hygiene products or face masks.

What the people can do is that help each other in these times of crisis, so that the researchers can find a way to tackle this problem.

If there is not a cure for this virus, we should wait for the massive aftershocks of the Corona virus which is far greater than the current crisis, one that can cause riots around the world.

On the other hand, the Islamic regime of Iran’s days are numbered. The Potemkin government’s budget, which is based on 50 USD per barrel, cannot sell its oil more than 15 USD per barrel. The World Bank has also rejected their request for 5 billion dollars loan.

The Islamic regime tries to spread the fake news, so that people do not know the truth.

The Islamic regime turned Iran into a transmission bridge, to spread the Corona virus so that they can extort other countries, as they have no program or will to tackle the Corona virus pandemic.

While European countries quarantined their cities, the Islamic regime in Iran does not shut down the government offices, and religious ceremonies are held in streets, while they call for people to stay at home.

Ultimately the regime does not care about the Iranian people, and the only thing that matters to them is to survive for another day. They have turned the Corona pandemic into an opportunity for saving themselves from any opposition that threatens them.