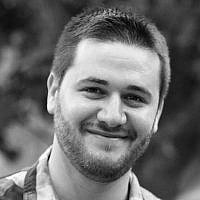 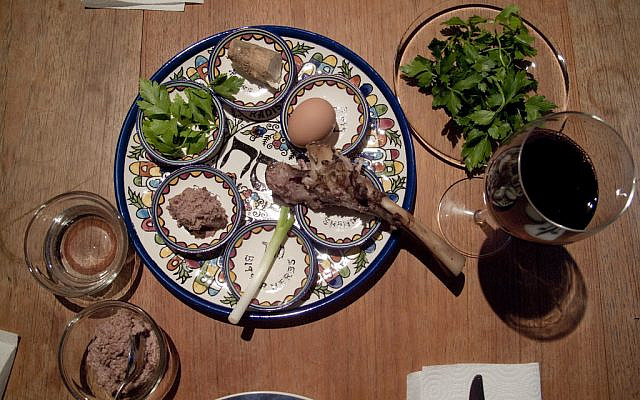 As the old cliché goes, during the darkest of times, the light shines brightest. The Coronavirus pandemic has shaken the world to its very core. Its destroyed countless jobs and taken too many innocent lives.

People have been driven to isolation inside their homes, fearful of the invisible enemy outside their doorstep. And yet, as my grandfather, Rabbi Avi Weiss stated: “while on the surface COVID-19 has physically separated us, in other ways it has become the catalyst to socially connect us in new ways.” Maybe he is right; maybe we are not socially distancing at all. Even if you don’t subscribe to the idea that isolation has actually brought us all closer together, at the very least, it allows for the kindness of human beings to shine brighter through the darkness.

I was on the receiving end of such a kindness over the Passover holiday.

My wife (who at the time had the Coronavirus) and myself had ordered a pre-cooked Seder meal for the holiday, replete with a fully stocked Seder plate, wine for kiddush and a three-course meal. However, the strict measures Israel instituted to quell the spread of the virus prevented our food from being delivered, and it only became clear roughly 20 minutes before the chag began that our ready-made Seder would not be arriving. I turned to our building’s WhatsApp group, desperate for some help. We did not want to trouble anyone so close to chag, so we merely asked for some wine, in order to sanctify the holiday. Within minutes, we had scores of our neighbors from our building dropping food and wine at our door. Not only did we have a fully stocked Seder plate, but we had more food than we knew what to do with. Needless to say, we were floored at this show of selflessness.

The following week, the IDF Home Front Command dropped off a care package at our door, for my wife who still had the virus (she has since recovered, thank g-d). Although we told the IDF that it was just the two of us in the apartment and they did not need to bring us anything, the soldiers left enough food at our door to feed what seemed like their entire unit. Roughly 50 pita breads, 60 chicken drumsticks, 6 containers of French fries, 6 containers of peas and carrots, and bags full of vegetables. Not wanting anything to go to waste, my wife and I decided to turn to the Secret Jerusalem Facebook group to offer our food to anyone in need. Within minutes, my phone blew up with messages about people who were in dire need of help. In less than an hour, all the food was given away. It was incredible to see how people on the group spurred into action the second they knew they could help someone in need, and I feel blessed to have had the opportunity to play a small part.

These are just two examples of kindness that I have been fortunate enough to experience, and I can say with the utmost certainty that there are countless others like it.

We’ve seen concerned citizens band together to help support small local businesses that have been struggling to stay afloat. We’ve seen people relentlessly promoting charities in need. And we’ve seen people just sit in front of their computer screens and sing to each other on Zoom, just to lift each other’s’ spirits.

Of course, this pandemic is one of the great tragedies of our time, and its repercussions will be felt for generations to come. One can only hope that in addition discussions about public health policy, crisis response, and coordination with other countries, that we also remember the kindness we’ve shown to one another during these troubling times. Let’s just hope that we don’t soon forget it.

About the Author
Eitan Fischberger is the Campus Coordinator for CAMERA on Campus in Israel, and a former intern for both the Israeli Mission to the UN in New York and the Jerusalem Center for Public Affairs. Currently, he is pursuing his BA at the Interdisciplinary Center Herzliya in Israel. His writing has appeared in the Jerusalem Post, Algemeiner, Jewish News Syndicate, Jerusalem Center for Public Affairs, Legal Insurrection, and Daily Wire.
Related Topics
Related Posts
Comments