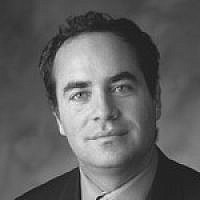 The Blogs
Michael M. Rosen
Apply for a Blog
Advertisement
Please note that the posts on The Blogs are contributed by third parties. The opinions, facts and any media content in them are presented solely by the authors, and neither The Times of Israel nor its partners assume any responsibility for them. Please contact us in case of abuse. In case of abuse,
Report this post.

How and when did the universe start? How do Jewish values inform scientific inquiry? And how have so darn many Jews won the Nobel Prize?

Brian Keating, a professor of astrophysics at the University of California San Diego and a practicing Jew, addresses these and other fascinating questions in his new book Losing the Nobel Prize: A Story of Cosmology, Ambition, and the Perils of Science’s Highest Honor, out this week from Norton. (I reviewed it here.) 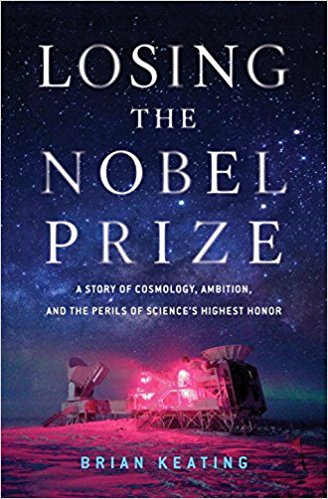 Keating and his team invented the groundbreaking BICEP telescope, which was designed to measure the Cosmic Microwave Background – radiation that sheds light on the expansion of the universe in the immediate wake of the big bang. Along with its successor telescopes, BICEP – which Keating installed near the South Pole, the site of exceptional visibility deep into the heavens –  was considered a prime candidate for physics’ highest honor. But as Keating’s title implies, the cosmos sometimes has other ideas, or, in Yiddish, mensch tracht, und Gott lacht. In Losing the Nobel, Keating explores what went wrong, and what remains wrong with the Nobel process as a whole.

In addition to writing this already-acclaimed book, Keating is the author of over 100 scientific publications and holds two U.S. Patents. He received an National Science Foundation CAREER award in 2006 and a 2007 Presidential Early Career Award for Scientists and Engineers at the White House from President Bush for his development of BICEP. He’s been a Fellow of the American Physical Society since 2016. He currently co-leads the Simons Observatory Cosmic Microwave Background experiments in the Atacama Desert of Chile. And he’s the only human being to observe Shabbat, keep kosher, and wear tefillin at the South Pole (not all at the same time). 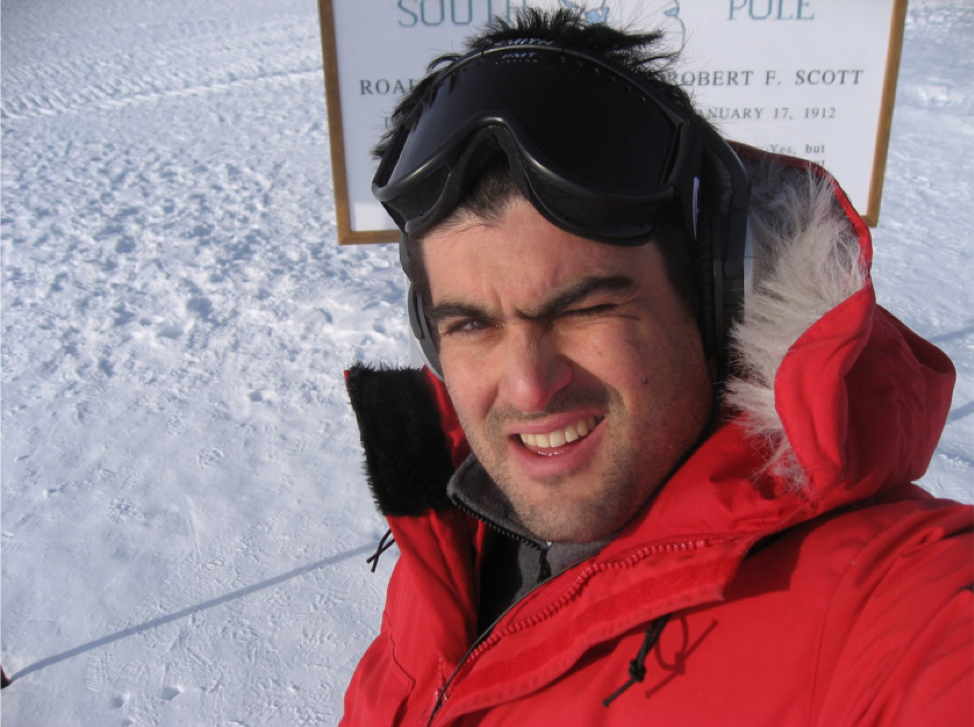 Below is the lightly-edited transcript of my interview with Keating about his book, his thoughts on the Nobel Prize, and his reflections on Judaism. In the interest of full disclosure, I should mention that Brian is a friend, and I’ve known him since before his first polar expedition.

Who should read this book?

Anyone who’s ever lost a Nobel Prize. Or Oscar or Grammy. Or high school student council. This is a book for the rest of us. It’s not a victory lap but a more substantial journey where the prize is the self-revelation discovered along the way.

This is also a book about idol worship. People think we scientists have rid the world of idols. Not only is that false, but the very people who we think of as uber-rational are sometimes the most prone to idolatry, at least in the form I describe in the book.

What would you say are the top three most important cosmological discoveries ever made?

Cosmic Microwave Background, Dark Energy, Dark Matter: they were all serendipitous discoveries, which is important. When you look to find something you sometimes end up finding it. This is a phenomenon called confirmation bias. And while the men who discovered the Cosmic Microwave Background and Dark Energy were rewarded with Nobel Prizes, the discovery of Dark Matter was not. Not surprisingly, this discovery was made by a Jewish woman (Vera Rubin) and, owing to the Prize’s legendary sexism (as I describe in the book), it’s unsurprising she did not win the Nobel Prize.

Your religious and family history is unusual and fascinating. How would you say it informed your scientific journey?

I had unique exposure to both Christianity and Judaism as a kid. Then I became an atheist in college. The latter was almost part of the curriculum for a physics major. But I returned to the faith of my birth in my adulthood, and I found it was a serious and wonderfully rich tradition that I never would have appreciated it as a child. So, in a way, I’m grateful I had the exposure to different perspectives. That’s a trait that serves a scientist well.

How do you reconcile your scientific exploration with your religious faith?

The Bible really only has about 30 verses (out of about 30,000) dedicated to what one could plausibly call cosmology. That’s 0.1%. It’s like reconciling a book about The Revolutionary War with the rules of the National Football League. Perhaps you can argue you wouldn’t have the former without the latter, but I don’t think it’s surprising that there’s very little in the Bible that affects how I practice science.

How would you explain how incredibly disproportionate the Jewish share of Nobel Prize winners has become?

On one hand, I think it’s a bit of hubris. It’s another way that reveals the near-idolatry of the Nobel. On the other hand, when you realize that Jews were expressly forbidden from winning the Nobel in its first 2 decades, it’s pretty astonishing. I love to imagine what Philipp Lenard, the Chief of “Aryan Physics,” would say were he to learn about the number of Jews who’ve won.

You write that Cosmic Microwave Background radiation “seemed like a Stockholm slot machine paying out in Nobel Prizes.” Do you still think that’s the case?

Oh yes. It was clear we were on the shortlist. CMB radiation is the universe’s oldest light. It’s literally impossible to see anything that came before it, since it was produced 380,000 years after the Big Bang. There are many mysteries that remain in the universe that can be solved, potentially, with these most ancient photons.

You spend much of the book proposing certain key improvements to the Nobel process. Do you think any of them will be implemented?

I’ve gotten confirmation that several members agree with me. And they’ve promised to “look into the situation”. But I doubt change will happen anytime soon. That’s why some colleagues and I have created losingthenobelprize.org, a MoveOn.org like community created to agitate for change to the process and to rectify past injustices.

You spend some time comparing Robert Scott’s journey to the South Pole to yours and your colleagues’, and you write: “it wasn’t the cold that did them in. It was fear: fear of losing the polar prize, the trophy that had become inextricably linked to Scott’s identity.” Do you think there’s any parallel to your own exploration?

At the time when the Nobel Prize’s allure refracted reality for me? Certainly yes.

What kind of reactions have you gotten to the book?

I’m humbled and grateful that the reviews have been very positive. The book is already one of Amazon’s top-ten best nonfiction books and has been the leading book in the astrophysics and cosmology categories.

About the Author
Michael M. Rosen is an attorney and writer in Ra'anana, Israel. He and his family recently made aliyah from San Diego.
Comments